How the Russians helped John F Kennedy win the election

Donald Trump Jr isn’t the only relative of a candidate to have been approached by Russians about a US election. 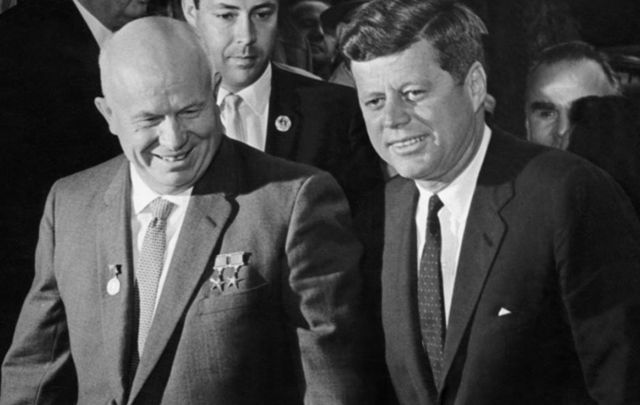 The extent to which the Soviets managed to intervene in that election remains unverifiable: but former Soviet agents, Constantine Pleshakov and Vladislav Zubok, write in their book, “Inside the Kremlin's Cold War: From Stalin to Khrushchev,” that Moscow wanted desperately to stop Richard Nixon if possible.

The reason for this lay in Nixon’s visit to Russia in 1959 when the then-Vice President debated with Khrushchev about the merits, or lack of, in the communist and capitalist systems.

Khrushchev was so bitter about the conversation that he concluded, “any candidate would be better than Nixon” and asked his officials to achieve just that.

"Never before had Khrushchev followed a U.S. presidential campaign so closely," the book tells readers. “Alexander Feklisov, then the KGB station chief in Washington under the alias 'Fomin,' recalls that 'the rezidentura [station] had been instructed to inform the Center periodically about the development of the electoral campaign, and to propose measures, diplomatic, propagandist, or [any] other, to encourage Kennedy's victory.' A KGB agent, according to Feklisov, even tried to contact Robert Kennedy, but met a polite rebuff.”

Despite the campaign’s snub, Khrushchev felt his spies had done enough that he even publicly claimed to have help Kennedy eke out his marginal victory.

The authors note that, “When Kennedy won the presidential election on November 4, Khrushchev was delighted, and even joked that this was a present to him on the anniversary of the great October Socialist Revolution. Later, when Khrushchev met Kennedy in Vienna, he did not hesitate to boast that he had helped the Democrat win an extremely narrow race with Nixon.”

Flushed with the conquest of his foe Nixon, Khrushchev refused to allow the release of two US airmen until Kennedy had been inaugurated – thus stringing along the Eisenhower-Nixon White House until the bitter end and allowing the new Administration to bank an easy diplomatic win.

Read more: Footage of JFK on his historic trip to Ireland