Back in the 1920s the Irish leader knew how to seduce: “Put out a little milk for the cat”. 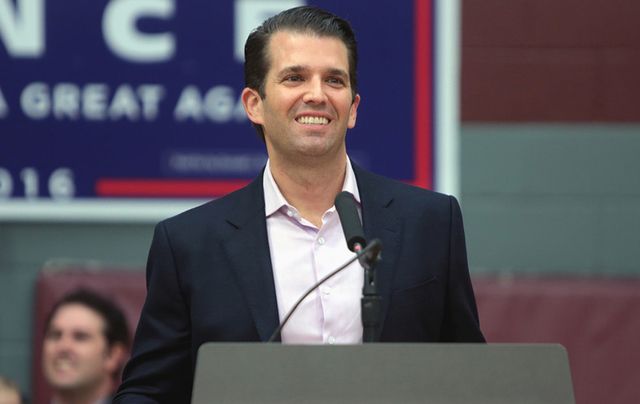 The revelations about Donald Trump Junior’s dealings with Russian operatives trying to get dirt on Hillary Clinton brings to mind how espionage really never changes.

Back in 1920 the British were desperate to find notorious Irish rebel Michael Collins. All their boys in Dublin—like the “G” (Intelligence) Division of the Dublin Metropolitan Police (DMP) and members of the elite British Secret Service—were haunting the streets of Dublin looking for the elusive rebel, who was apparently walking about in plain sight not worrying too much about the British Empire trying to snag him.

Back in London the Brits found a double-agent named Byrne. They quickly nicknamed him “Jameson”—possibly finding a name they thought funny knowing the Irish predilection for good whiskey—and sent him to Dublin to track down Collins. Jameson’s “legend”—as the intelligence services like to say—was that he was a supporter of Irish freedom and that he had guns to sell. The word “guns” got Collins’ immediate attention because he had so much trouble acquiring all kinds of weapons for the struggle.

Jameson’s first day in Dublin was remarkable. He actually met Collins and had a meeting with him. He immediately reported back to his masters in Dublin Castle and told them not only had he met Collins but that Collins was wearing a mustache. Almost immediately his boss dressed down the detectives of the DMP and asked why couldn’t they find Collins? After all, this man was in Dublin only hours and he has met Collins himself and he has a mustache!

Unfortunately for Jameson, several of the detectives of the DMP present were Collins’ double agents. They swiftly reported these findings to Collins, who quickly shaved off his mustache. Right after that Collins said, “Put out a little milk for the cat.”

The “milk” was a deal to buy guns. Jameson sipped up the milk and was taken into custody by Collins’ Squad. He was shot in North Dublin. Jameson’s last words were “God bless the King. I would love to die for him.” The Squad immediately granted him his wish.

Not only was Jameson eliminated, but Collins got his guns.

So, what does this have to do with Donald Junior? Well, it’s quite—as a famous London detective once said—“Elementary!”

Was the meeting with the mysterious Moscow agent Natalia Veselnitskaya—a name right out of "The Rocky and Bullwinkle Show"—the Russians first sortie into the Trump campaign? It might have been, as they prepared to release Clinton’s emails—and were they “putting out a little milk” for the clueless Donald Junior? Just a taste of milk, to see if he were interested, to suck in the whole Trump operation?

That’s how espionage works. It hasn’t changed in 100 hundred years—from Collins to Putin.

The endgame is always the same: someone, or something, dies.

We know what happened to Jameson. What will happen to Trump? Senior and Junior?

Only the milk knows.