How the keening tradition died out at Irish funerals (VIDEOS)

Up until the middle of the last century, keeners could often be heard at an Irish wake, wailing over a dead body. 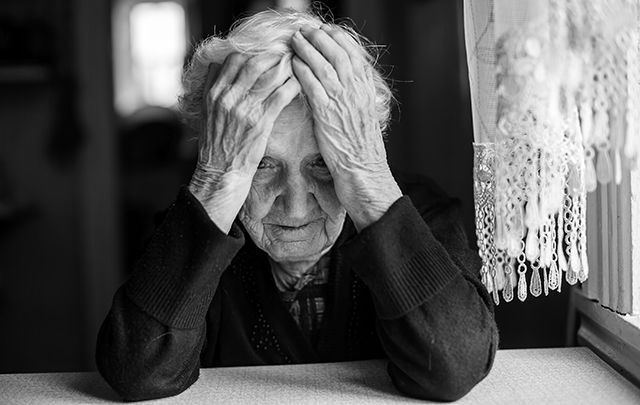 Up until the middle of the last century, keeners could often be heard at an Irish wake, wailing over a dead body. iStock

Up until the middle of the last century, keeners could often be heard at an Irish wake, women who would be often paid with a glass of whiskey to vocalize the grief of the family through wails and cries while gathered around the deceased's body in the family home. Coming from the Irish “ag caoineadh” (crying), one or two women would stand guard, crying over the dead person whether they knew them or not.

An ancient tradition, keeners could mourn over the body for days, but with thanks to the power of the Catholic Church, the tradition died out in Ireland in the 1950s as the powers that be with the Irish church deemed the practice, often regarded as a pagan ritual, as inappropriate and families began to fear that to engage in keening at their family member’s wake would make them appear backward or as part of a backward-thinking culture.

Although the tradition continues in various different forms in several countries around the world still, keening in Ireland was widely considered to be dead and gone but recordings of the practice can be heard from as early back as the ‘50s in the Irish Traditional Music Archive in Dublin.

“It shocked and surprised me how difficult I found listening to those archive recordings,” BBC presenter Marie-Louise Muir told the Irish Examiner. Muir recently explored the death of the tradition in Ireland in a BBC Radio 4 documentary, Songs for the Dead, where she discovered the role the Catholic priests had played in its demise.

“To my ear, as an orchestral, classically trained musician, they were off-note. That unsettled me. It’s akin to nails being scraped down a blackboard. Every atom of your body cringes against it. You just recoil. You’re recoiling from the horror of loss, but this music is incredible. It’s expressing how you’re feeling.

“Having gone through it with [the funeral of] my own father — and this is not to sound crass — but you’re also strangely euphoric because you’ve gone through a lot. To be in a room where your father breathes his last breath, you’ve never experienced that before. Then everybody, your family, the community piles in on top of you for a Catholic wake. Pots of tea and sandwiches are brought in. There’s almost this party atmosphere. Everybody’s dropping by.

“You’re giddy with lack of sleep, with grief. Everything’s upended because you’re having a party but the main person isn’t there. To bring keening into the middle of that must have felt like you were breaking some kind of trance. That was in a way why it was so harsh — it must have been hard to penetrate the grief.”

During the course of the documentary, Muir explains how priests often felt uncomfortable with keener coming in to take over the mourning process after prayers had been said over the body. The BBC presenter also believes the lack of the tradition in modern-day Ireland to have led to more difficulties in dealing with our grief with the loss of an outlet with which to let out our sadness.

“It was pretty much outlawed in Ireland,” Muir explained to the Cork-based newspaper.

“It came up against the Catholic Church. The church didn’t want it. It was something that was frowned upon. When the body was laid out for the wake, the priest would come in and say prayers over it. There was an order of service, quite literally — the Catholic Church was in control of what was going on.

“Then, can you imagine the awkwardness of the keener coming in and the ceding — the priest having to give way to this what I suppose he might have considered almost pagan custom? Where does the priest put himself? I kept imagining myself in a room with this practice happening. I’m not from that tradition but I felt if I could experience that, having lost my own father, and him being waked, what it would have been like within those three days and three nights if a keener had come in. Our grief now is too contained. We rely on taking anti-depressants. We go to a grief counselor, but these people in a way, letting it all out, having a good scream, coming from the feet up, a good cry, a good purging.”

It was the fact that keeners were women that also rubbed the Church up the wrong way.

“The role of women was seen as transgressive given the patriarchy of the Church,” Dr. Deirdre Ní Chonghaile, a musician, and academic, told Muir as part of the documentary.

“It would have been a major factor as to why the Church would have seen fit to discourage it.

“You might have priests today objecting to secular music being used in a sacred service. I’ve experienced it myself performing music in church contexts. It can be that priests encounter people arriving at a funeral with a lack of familiarity with the liturgical requirements. That’s where the tension might arise.”

It wasn’t just the fault of the Church, however, as the somewhat primitive nature of the practice made the people themselves feel uncomfortable as Ireland moved into the modern era.

“In Victorian times, there was the equivalent of the Lonely Planet, the grand tour, and you would be told, ‘when you go to Ireland, make sure you get to an Irish funeral and catch a keener’. That almost performing monkey element became very difficult. People said they didn’t want to be part of this regressive, backward-looking culture — ‘I want a bit of modernity’,” continued Muir.

“I do feel there is something lost,” she added, “and it’s a deep shame that even the people themselves who were doing it felt ashamed of it. As Treasa Ní Mhoilláin, one of the Aran Islanders who remembers seeing keeners when she was young, said when I interviewed her: ‘It was weird.’ That was such a strange word she used – ‘weird’. It was such a contemporary Americanism. It became an embarrassment. That’s the tragedy of it.”