How many places named Belfast are there in the US?

Belfast may be most famous for being the capital of Northern Ireland, but it has a few namesakes in the US as well. 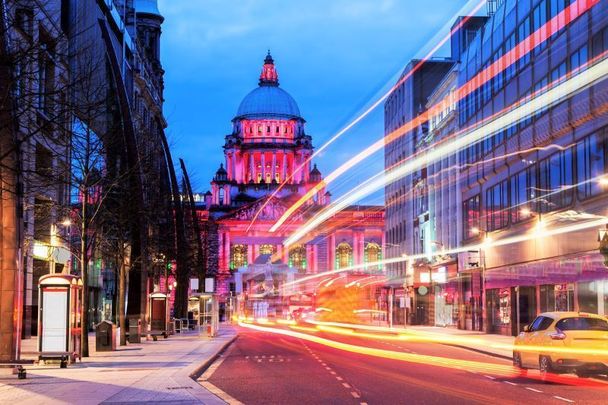 Belfast in Northern Ireland - there are a few Belfasts in the US! Getty Images

There are many Dublins in the US, but what about Belfast? It is, after all, the second largest city on the island of Ireland as well as Northern Ireland’s capital.

While Belfast as a place name doesn’t have quite the popularity of Dublin, there are a few, and their histories are well worth exploring.

The early days of Belfast, Maine were brief. The area was settled by Scots-Irish families from the town of Londondery, New Hampshire in the spring of 1770. Local lore tells it that the name Belfast, though an homage to the townspeople’s place of origin, was chosen in a coin toss. When the Revolutionary War began, Belfast’s first residents abandoned the town out of fear of a British attack. However, they returned to Belfast in the 1780s to finish what they began.

They built Belfast into a fine little city that took advantage of its position at the mouth of the Passagassawakeag River estuary to excel in the maritime industry, which employed up to 30% of Belfast’s male population in the 19th century.

As the Belfast Historical Society and Museum notes, “Belfast merchants sold a variety of goods and steamship operators who provided transportation between coastal towns advertised “shopping excursions” to Belfast. Prosperous shipbuilders and merchants constructed the architecturally significant houses that dominate our residential neighborhoods today. Two disastrous fires consumed much of the downtown area in 1865 and 1873, but merchants rebuilt with brick, creating a pleasing and long–lasting commercial district. The Belfast Historic Districts, residential and commercial, are included on the National Register of Historic Places.”

In the early to mid 20th century, shoe making and poultry became the town’s major sources of employment. Belfast was dealt a blow when Route 1 was re-directed around the city in 1962, but it started to bounce back in the ‘80s and in the ‘90s was named one of the most ‘culturally cool’ communities by USA Today. As of 2020, the population of Belfast, Maine was 6,710.

There are two Belfasts in Pennsylvania – one is a census-designated place (CDP) in the Lehigh Valley, and the other is a township in Fulton County. Pennsylvania has extensive Irish and Scots-Irish roots, and many of its place names attest to this. As Elsie A. Greathead explains in a 1936 “History of Fulton County, Pennsylvania,” “Ayr, Bethel, Belfast, and Dublin Townships, by their names indicate Scotch-Irish settlers; sturdy, brave, enduring, religious, but of all our settlers the most restless, most land-hungry, always rushing forward with the hope of gaining more territory.” As of 2020, the population of Belfast, Pennsylvania was 1,305.

Belfast Township in Minnesota is a small community of less than 200 people - in 2018, the population stood at 187. It was named in 1878, the year it was officially organized, for Belfast in Northern Ireland. Before becoming Belfast it was called Creswell. Belfast is in Murray County, which has a number of Irish-named places including cities called Avoca and Iona.

New York’s Belfast is a town with a population of 1,586 as of 2018. The area was first settled in 1804, and the town was first established in 1824 as Orrinsburgh, a mill town on the Genesee River. One year later the name changed to Belfast – some accounts say because of the town’s many Irish residents, others state that a great number of the people had actually come from Belfast, Maine.

According to Belfast, New York’s Wikipedia page, “Some trouble arose in the mid-19th century when the increasing English population of the town caused concern for many of the Irish residents. After some initial conflicts, many of the Irish residents moved across to the far side of the river, but were not placated, instead choosing to occasionally enter into the English section and cause trouble; this was met with similar action by the English settlers. Although most of these clashes were minor, a larger conflict occurred from 1846–1847, when a food shortage in the area raised tensions. This was quelled eventually by New York State militia groups.”

World famous boxer John L. Sullivan also trained there in 1889 for one of the most important fights of his career. The barns where he trained were turned into the world’s first Bare Knuckle Boxing Hall of Fame in 2009.

There are still many Irish in the area today, and an Amish community settled there in the 1980s.