Hints of incest in newly discovered diary of Oscar Wilde?

Wilde’s lost notebook found in Philadelphia but do new contents suggest an incestuous relationship with his sister, Isola? 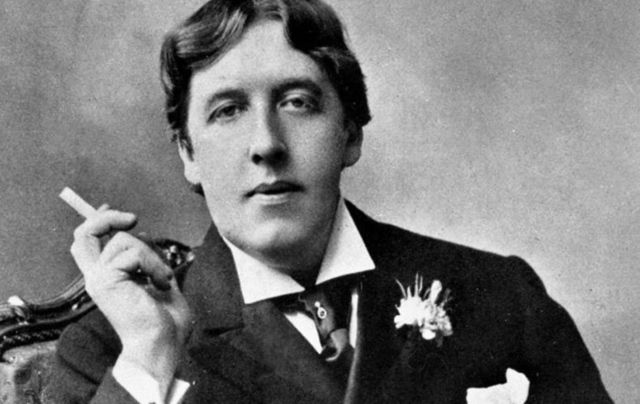 Recently, the Irish Times ran an article about the discovery of one of Oscar Wilde’s notebooks, which was discovered at the Free Library of Philadelphia by Mark Samuels Lasner, an expert on the literature and art of the late Victorian era.

The Times’ article was written by Dr. Angela Kingston, who is writing a novel about Wilde’s relationship with his sister Isola, who died just short of her 10th birthday in 1867. The contents of the notebook forced Kingston to halt her novel and return to the drawing board as she reevaluated the Isola-Oscar relationship.

Isola was born on April 2, 1857, the third child of Lady Jane and Sir William Wilde after Willie and Oscar. Sir William was the most expert eye surgeon in the United Kingdom and Lady Jane, under the pen name “Speranza,” was the radical poet of the New Ireland movement and a close associate of such famous patriots as Thomas Francis Meagher, William Smith O’Brien and Thomas Davis. According to The Fall of the House of Wilde: Oscar Wilde and His Family by Emer O’Sullivan, Isola was a special child, beloved by her parents and brothers. Per her mother, she was “the pet of the house.”

According to O’Sullivan, in February 1867 Isola “caught a fever and, when she seemed to be getting better, her parents sent her to breathe fresher air in Longford” with Sir William’s relatives. “But no sooner,” wrote O’Sullivan, “was Isola in Longford than she suffered a relapse. By the time Jane and William arrived, Isola was beyond hope—they watched her die.” O’Sullivan speculates that the cause of death might have been meningitis.

Isola’s death darkened the family. Lady Jane wrote that “…Isola was the radiant angel of our home—& so bright and strong and joyous. We never dreamed the word death was meant for her.”

The physician who attended Isola saw that Oscar was devastated by his sister’s death. He observed Oscar as “lonely and inconsolable grief seeking vent in long and frequent visits to his sister’s grave in the village cemetery…”

Tread lightly, she is near

Speak gently, she can hear

All her bright golden hair

She that was young and fair

She was a woman, so

Lie on her breast,

I vex my heart alone,

She is at rest.

All my life’s buried here,

Heap earth upon it.

Lasner’s find of Oscar’s lost notebook contained a previous draft of the poem, which caused Kingston to admit: “I was shaken by its previously unknown draft of ‘Requiescat.’ ” She goes on to state in the Times’ article: “An additional verse in the poem changed everything:

Had we not loved so well

Not loved at all

None would have tolled the bell

None borne the pall

Wilde’s cause and effect connection, between ‘we’ loving so well and Isola’s death, had not been publicly recorded. Another unpublished fragment in the notebook was even more astonishing:

When some long strangled memory of sin

Strikes with its poisoned knife into a heart

While she has slept at peace.

Those lines seem to have been moderated for the published version of ‘Requiescat’:

Lie on her breast

I vex my heart alone

Was Oscar Hiding a Dark Secret?

Kingston goes on to speculate about the meaning that the previous draft of “Requiescat” exposed. Oscar, years later, was still agonizing over his sister’s death. Kingston believes that there may be more than grief in Oscar’s tone. There might be also a sense of guilt that he was somehow responsible for Isola’s death.

“Before the Philadelphia find,” wrote Kingston in the Times’ article, “Wilde’s works had inspired a handful of scholars to explore the possibility of an incestuous attraction or event between Oscar and Isola. Such theories have not gained widespread acceptance due to the lack of evidence and potential stigma involved. While the contents of the Philadelphia notebook might be used to support such theories, it must be remembered they do not substantiate them.

“Nor is this question the most important aspect of the draft ‘Requiescat’ passages; their revelations about Isola’s centrality to Wilde’s emotional and literary life are far more pertinent. Oscar Wilde is an icon of the modern age, who has had an enormous impact on western literature and culture. The indicators that his sister was a key influence, perhaps even his muse, constitute a discovery of major significance.

“…In the absence of further evidence, nothing can be inferred with any certainty; the nature of Oscar’s strangled memories may remain a mystery of modern literature.”

So, the mystery remains. Was Isola Oscar’s muse—or something more? Another Oscar Wilde secret for the scholars to investigate.