Garda Henry Phelan (22) was shot and killed in Tipperary, 100 years later his family are giving him the memorial he never received. 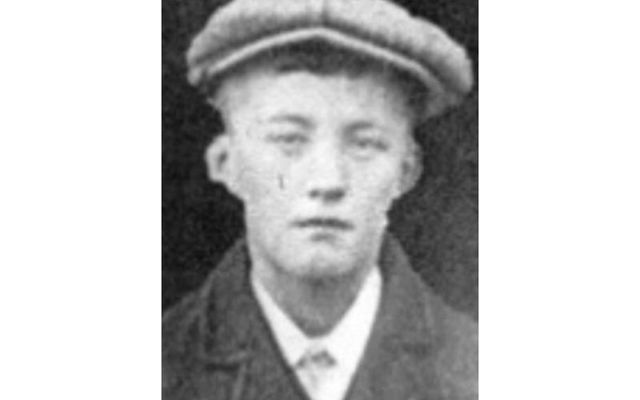 Killed 100 years ago on Nov 14, Garda Henry Phelan was shot and killed by the IRA. His family says that the young Laois man never got the honorable funeral he deserves and plans on remembering the first Irish police officer killed in Ireland at a memorial mass.

Back in 1922, Phelan was buried quietly in Camross, County Tipperary. He was born in Rushin, Mountrath, in Laois, on Christmas Day in 1990. He worked on the family farm until he joined the civic guards in 1922. He was killed that same year at the age of 22.

Since the establishment of the Garda Síochána in 1922 89 police officers have been killed. Twenty-three of these officers were killed by Republican paramilitary groups.

“Henry was a young man with different ideas. He became a volunteer in the war of independence. It was serving as a volunteer that he came to the attention of his superiors

“In early 1922 on the establishment of the free state a new police force was being formed, An Garda Síochána was established to replace the Royal Irish Constabulary.

“Many of the young recruits were chosen from the volunteers of the war of independence. Young men who had proved trustworthy and of good character. Henry was one of these.

“They were asked to put on the Garda uniform and go unarmed out into a land torn apart by civil war. Their job was to be civic Guards unarmed and show their armed former colleagues that there was a better way, by peace and political progress.

“It was known that some of these young men would die for their courage. And so it was on the 14 Nov Henry was shot in Mullinahone on the Tipperary border.

“His crime was collecting hurleys and a sliotar to help start a new hurling team in Callan Kilkenny.  He was known to have taken hurleys from Brophys, Mountrath and Dooley's, Coolrain.

“His death saved many others. Within a short period of his murder orders went down through the IRA ranks throughout the country. Never again to shoot or kill an unarmed Garda.

”This young man chose his own path. An honorable and brave path.  We owe these young men for what we have today. His funeral at the time was a very quiet affair as so not to offend either side of the civil war.

“Let us right that wrong. Let us join together as a community to honor one of our own. A young decent chap who has lain quietly unnoticed in our local graveyard for 100 years."

Dunne, told Tipperary Live said that according to the Garda Inspector, James Begin, "no oration was delivered, not a drum was heard, Not a funeral note. We hope to right that wrong”.

On Nov 12, at St. Fergal's Church, in Camross, at 11am a memorial Mass will be held to commemorate Phelan's life. The family piper Cormac Bowell will play during the ceremony and after the Mass Phelan's family will lay wreaths on his headstone at the cemetery nearby.

Dunne said, "All are welcome to come and attend this celebration in honor of this young local hurler and friend to many."

On This Day: John F Kennedy won the US Presidential Election in 1960

On This Day: Irish troops killed in the Niemba massacre in Congo