Call for a return of more Halloween horror tales at Christmas

Until the Irish brought Halloween to the shores of America, horror stories were best associated with the run up to Christmas time. 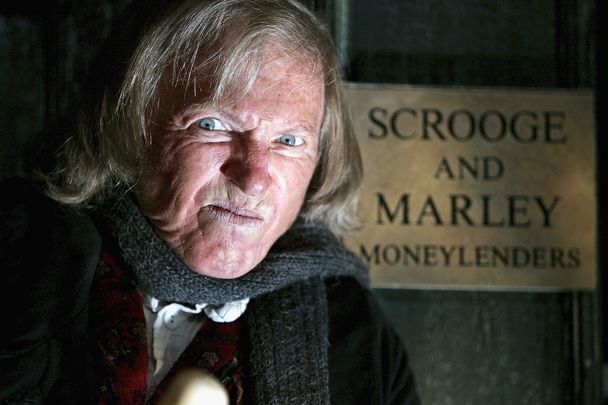 A production of Charles Dickens's 'A Christmas Carol' Getty

Gradually, however, the tradition was displaced thanks to waves of Irish and Scottish immigrants to the United States. It was these incomers who brought the traditional Celtic festival of Halloween to the US and gradually Americans claimed it as their own.

Read More: Irish Christmas blessings, poems, songs and sayings for you and your loved ones

References to spooky Christmas tales are replete in English literature: Shakespeare informs theatergoers in "A Winter’s Tale" that  “A sad tale’s best for winter.”

Dickens’ seminal Yuletide story "A Christmas Carol" in 1842 gifted the world the enduring Christmas villain in the shape of Scrooge.

On this day in 1843, “A Christmas
Carol” written by Charles Dickens
was published, making the story
of Mr. Scrooge and the ghosts
of Christmas 174 years old... pic.twitter.com/yDp6SogATe

Read More: You know you're Irish at Christmas if...

A more recent example is the 1957 book "How the Grinch Stole Christmas!" by Dr. Seuss, about a malevolent character who tries to steal Christmas decorations in the hope it will prevent residents of the town of Whoville celebrating the big day.

Other spooky Christmas stories include "A Strange Christmas Game,"  by J. H. Riddell about ghosts and "Smee," by A. M. Burrage which tells the tale of a Christmas Eve game of hide and seek that becomes terrifyingly strange.

What do you think, should the almost forgotten tradition of Christmas ghost stories be revived?