The Italian-born inventor of the radio Guglielmo Marconi had an Irish mother from one very famous Irish family. 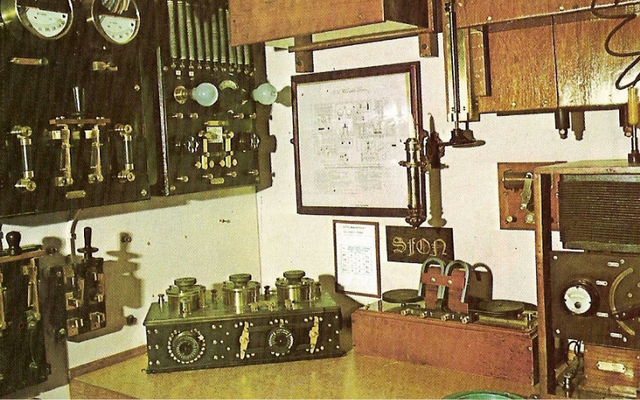 A Marconi wireless room on board a ship from about 1910. Wikimedia Commons/F1jmm

Today, on World Radio Day (Feb 13) we look at Guglielmo Marconi’s incredible link with the creators of one of the world’s most famous Irish whiskeys.

The invention of the radio changed the world completely and you may be surprised to learn that Marconi’s mother was, in fact, a member of the Jameson family.

Yes, Annie Jameson, married to Giuseppe Marconi was the granddaughter of John Jameson who founded the famous Irish whiskey distillers Jameson & Sons in Dublin in the 1780s.

Annie’s father, John Jameson’s son Andrew, was a famous distiller in his own right as well, founding a Jameson distillery in Enniscorthy, County Wexford, and settling with his wife Margaret Millar in Daphne Castle, on the outskirts of Wexford.

Although born in Bologna, Italy, on April 25, 1874, it’s amazing to think that the pioneer of radio communication and inventor of the first practical system of wireless telegraphy has an Irish family connection and such remarkable Irish heritage.

Marconi is also believed to have been a frequent visitor to Ireland, often visiting the castle during his boyhood summers, although unfortunately the Wexford distillery and castle no longer exists.

But wait! This isn’t the last of Marconi’s Irish connections. Not only was his mother Irish but he married an Irish woman. On March March 16, 1905, the famous inventor married the Hon. Beatrice O’Brien, a daughter of Edward Donough O’Brien, 14th Baron Inchiquin, and High Sheriff of Clare.

O’Brien, in fact, grew up in Dromoland, Co. Clare but moved to London with her mother in 1900 after the death of her father. It was here that she met Marconi who lived up to the Italian passionate personality stereotype by immediately broke off his engagement to an American woman to pursue her. O’Brien wasn’t taken in by his fame, however, and initially declined his proposal only to eventually agree, entering into a very short-lived marriage that was annulled with both again re-marrying.

And that’s still not all! Guglielmo’s Irish connection continued via his business interests as it was Ballycastle, Co. Antrim, that acted as the site of the world’s first commercial wireless telegraph transmission, performed by Marconi’s employees, on 6 July 1898. His company had established a wireless transmitting station at Marconi House, Rosslare Strand, Co. Wexford and begun a regular transatlantic radiotelegraph service between Clifden, Co. Galway and Glace Bay in Nova Scotia, Canada.

Marconi was awarded the Nobel Prize in Physics in 1909 and died in 1937 aged 63 following a series of heart attacks. His Irish ex-wife O’Brien visited him as he lay in state.

Do you love Irish radio? Do you have a favorite Irish podcast? Let us know about it in the comments section, below.