Though obviously not the most celebrated Irish people, their grisly legacy still casts an eerie shadow. 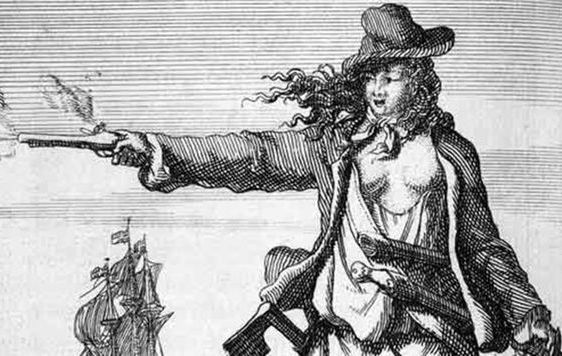 Anne Bonny was one of the most frightening and fearsome figures from Irish history - learn more about her at EPIC, the Irish emigration museum in Dublin.

You don’t want these notoriously gruesome characters calling to your door. Though obviously not the most celebrated Irish people, their grisly legacy still casts an eerie shadow 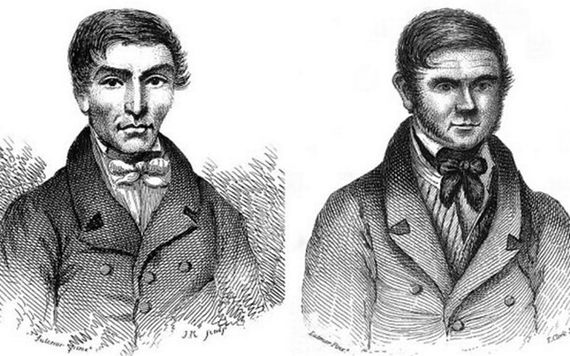 Hailing from Northern Ireland, Burke and Hare worked as navvies in Edinburgh, Scotland, where they became infamous murderers with the macabre habit of selling their victims.

In 1823, due to a shortage of cadavers British medical and anatomy schools began paying for bodies, which led to a huge increase in grave-robbing. People would keep watch over the newly-buried bodies of family members, and in some cemeteries, they even built lookout towers. The schools’ philosophy could be summed up as “the fresher, the better”, which led to people being murdered to be sold.

Burke and Hare began their malevolent crime spree after an elderly man died owing them rent, so they sold his body to cover the debt. They received the considerable sum of £7 and 10 shillings. At least sixteen unfortunates were murdered by the nefarious pair – usually suffocated. The victims included local prostitutes, an elderly grandmother, and a children’s entertainer.

Eventually, a body was discovered at Burke’s lodgings, and Hare testified against Burke in return for immunity. In January 1829, Burke was publically hanged for his crimes. Hare was released in February that year and went to England where it is unknown what happened to him. In a gruesome twist of fate, Burke’s body was donated to medical science – his skeleton remains on display at Edinburgh Medical School.

Another infamous Irish emigrant, Corkwoman Anne Bonny smashed the glass ceiling with a cutlass and became known as the Pirate Queen of the Caribbean.

Born in Kinsale in 1698, Anne was the result of an illicit affair. A rebellious young woman, she defied her father’s wishes and married John Bonny, a poor sailor.

The two traveled to the Bahamas but Anne left her husband to join a colorful pirate named ‘Calico Jack’ (John Rackham). Along with a female pirate named Mary Read, they sailed the seas during the so-called ‘Golden Age of Piracy’, wreaking havoc and raiding merchant vessels off the coast of Jamaica.

Female pirates were few and far between, and it was said to be bad luck to have a woman on board a ship. A testament to Anne’s fiery temper, when a fellow crew member dared to say something to her along these lines, it is said that she stabbed him in the chest.

A canny pirate, Anne once successfully plotted to steal the cargo of a French merchant ship by dismembering a dressmaker’s mannequin with an ax and covering it with fake blood. When the French saw Anne standing over the bloody ‘corpse’, they gave up their goods without a fight.

Anne’s ship was eventually captured by the British Navy, with the crew in various states of drunkenness. Before his execution, Anne famously said to Calico Jack, “If you had fought like a man, you need not have been hang’d like a dog.”

Anne and Mary escaped execution due to pregnancy. Mary Read died in prison the following year, but it remains unknown what happened to Anne Bonny.

You can learn about Burke and Hare, Anne Bonny, and many more at EPIC The Irish Emigration Museum in Dublin, an interactive experience that tells the fascinating stories of over 300 Irish people, past and present, and relives some of the greatest achievements and accomplishments in the world of sport, music, art, culture, politics, design and science. Voted one of TripAdvisor's Top 10 Irish Museums, EPIC connects the 70 million people around the world today who claim Irish heritage and ancestry.