In his book “Sinatra and Me: In the Wee Small Hours,” Tony Oppedisano, Sinatra’s friend and road manager, reveals Marilyn Monroe was “enamored” with JFK. 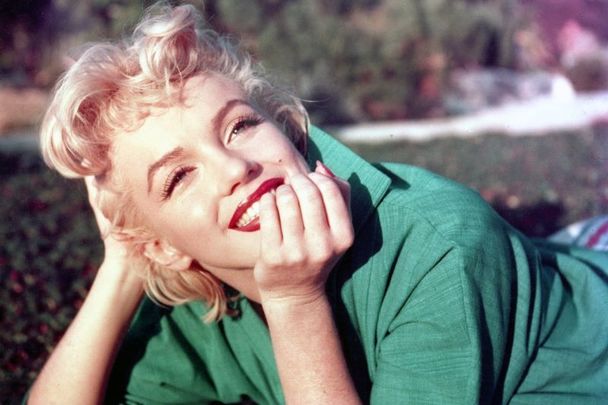 Marilyn Monroe was “enamored” of President John F. Kennedy but had no intention of breaking up his marriage with Jackie, reveals a new memoir written by a friend of Frank Sinatra.

In his book “Sinatra and Me: in the Wee Small Hours,” Tony Oppedisano, Sinatra’s friend and road manager offers a peek into the late singer’s life and close inner circle, which included Hollywood star Marilyn Monroe.

Monroe and Sinatra were close friends, but never lovers, according to the author.

Oppedisano told People.com of Monroe's relationship to the president: "It was obviously a sexual thing, and I would expect that there were feelings on her side."

"Just taking a look at the footage of her singing her 'Happy Birthday,' that speaks for itself," he said, referring to the famous episode from May 1962.

He said "it's not like she was in love with" JFK but rather that she "looked up to him."

"She respected him; she admired him. She loved what he was doing with the country, and then to have a physical relationship with him, she found him attractive and vice versa."

Oppedisano remembers driving with Sinatra in California when the crooner pointed out a bungalow where Monroe and the president would engage in "slap and tickle."

"It's not that there was nothing there," Oppedisano said, "but let's face it: He was the president of the United States, and he was a married man and a father."

There was "only so far that even she would go.”

"She wasn't about to break up [the president's] marriage," he said, "so she wouldn't let it go that far, even if she felt that deeply."

He adds: "Frank did say she had a sense of ethics and morals as well that she tried her best to live up to."

"I tried to paint the portrait of a man very few people got to know as well as I did." Tony Oppedisano's memoir #SinatraAndMe: In The Wee Small Hours (https://t.co/xy62NRkHRn) excerpted in this week's @people https://t.co/lB38k8aMQK

Oppedisano also delved into the Hollywood sex symbol’s involvement with the president’s younger brother Bobby, who was serving as attorney general at the time.

Monroe biographer Jason Spada has previously said that JFK had “passed off” Monroe to his brother after he grew tired of the affair.

“When things phased out with Jack, that's when she picked up with Bobby, and I don't think it lasted anywhere near as long or was as deep as it was with JFK. Bobby was a different mentality all together."

Oppedisano said "a sense of aggrievement" may have been behind Marilyn’s motivation for her affair with Bobby.

"According to Frank again, she felt a little bit betrayed and, yet again, taken advantage of when it ended" with the president, said Oppedisano.

"And to an extent, maybe her taking up with Bobby was to get back at him, and it wasn't so much about Bobby as maybe sticking her thumb in JFK's eye - 'You're not going to be with me, so maybe I'll take up with your brother.’”

He added that Bobby wanted to "impress on [Monroe] that he was as important as his brother," and would "tell her things that he shouldn't have told her, sensitive information."

Oppedisano said Monroe was “unraveling” in her last days, but he wrote in his memoir: "Frank said she'd never have spilled about the Kennedys because she still had feelings for [Jack.]"

The circumstances surrounding her death in August 1962, which was attributed to a barbiturate overdose and ruled a "probable suicide,"  continue to be debated, but according to Oppedisano, Sinatra believed Monroe had been killed.

”And he never got over it,” he writes in his memoir.