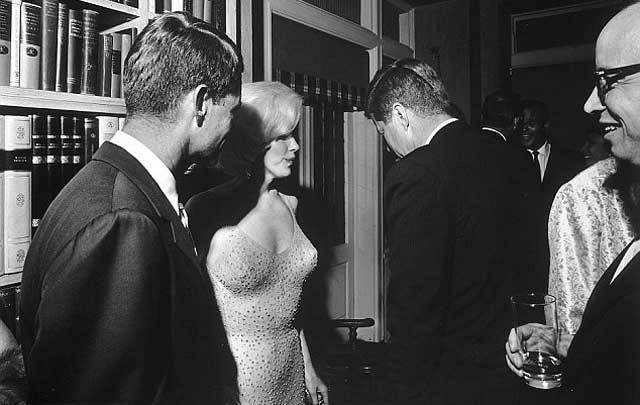 Gianni Russo, who played Carlo Rizzi in "The Godfather", details Marilyn Monroe’s death in his 2019 book, "Hollywood Godfather: My Life in the Movies and the Mob".

The 75-year-old claims he had an on-and-off affair with the Hollywood legend, Monroe, beginning when he was 16 and she was 33.

Russo has a photo of the two of them together at the CalNeva Lodge, a resort on the California-Nevada border, taken just three days before her death on August 5, 1962. He says the man behind the camera was Chicago crime boss, Sam Giancana.

“It was taken three days before she was found dead in Los Angeles of what coroners deemed to be a drug overdose,” he said.

Russo claims the mob and Giancana were after Monroe to get to President John F. Kennedy.

However, the president never showed up at the resort.

Russo claims Monroe learned of the plot and threatened to report the mob to the media. When Robert Kennedy heard of Monroe’s plan, he plotted her death to stop her, says Russo.

“It had to be Bobby. No one else would kill her. The mob would not have done it. They liked her. She was that party girl. Give her a couple pills, a couple drinks and she’ll f**k everyone,” Russo told the New York Post.

He said: “A guy known as The Doctor — a killer for hire and an actual MD; he had done major hits for the mob — injected air into the vein near Marilyn’s pubic region. She died of an embolism, but it looked like drugs to the coroner.”