All Hallows Eve actually began as a harvest festival, the Celtic Feast of the Dead, several millennia ago in Ireland. Here are some Halloween recipes to help you celebrate. 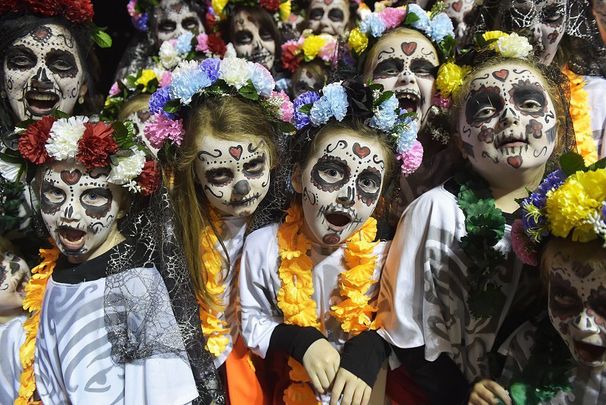 Derry City, Halloween, in Ireland: That which we know as All Hallows Eve actually began as a harvest festival several millennia ago in Ireland. Getty

Samhain, the Celtic Feast of the Dead (Féile na Marbh), was the forebearer of modern-day Halloween.

That which we know as All Hallows Eve actually began as a harvest festival, Féile na Marbh, several millennia ago in Ireland. Though the evening’s popular colors are black and orange, they might as well be Forty Shades of Green, for the customs of the celebration are as Irish as the shamrock.

The ancient Celtic year was divided into the four seasons and reckoned by a lunar calendar. The full moon that rose midway between the Autumnal Equinox and Winter Solstice was called Samhain. It was the scariest and sacred time of all.

Winter was approaching, crops were dying, days were growing shorter, and the specter of death hung heavy in the air. Cattle were slaughtered and salted to feed the people through winter. Crops were gathered in and stored lest the shape-shifting Pooka, a nocturnal hobgoblin that delights in tormenting mortals, destroy the fruits of the field and bring on a season of famine. With storehouses full, the Celts marked the 3-day full moon period with revelry and ritual before facing the unknown.

Consumed with fear that they might be carted away to the land of the dead, the Irish lit huge bonfires to ward off evil forces. At night they listened to seanachies tell how the Gaels had defeated the magical Tuatha De Danaan. Undaunted, the Tuatha De plagued their conquerors with trickery, depriving them of milk and grain. Finally, a compromise was reached and the land was divided into two parts. The Gaels had won the right to live above ground; the fairy folk agreed to live underground.

There are many Irish traditions surround Samhain and Féile na Marbh

But on Samhain the veil between this and the Otherworld was thin. The fairies roamed at will, the mounds marking the entries to their dwelling places glowed with eerie light, and many a mortal disappeared, lured to live forever below ground with the fairy Sidhe.

This was Féile Na Marbh, Feast of the Dead. Children born that night were blessed with ‘double sight,’ able to see and play with the fairies. Spirits appeared to ordinary folk advising them of future events. Long-dead ancestors sought the warmth of a hearth fire and communion with the living. In every window, flickering candles lit the way for lost souls.

In 432 AD, Saint Patrick brought Christianity to Ireland, but the old ways persisted. Rome attempted to take the easy way out and absorbed the tradition into its own calendar. For centuries, the Church had honored its martyrs and saints on May 13, so in 844AD Pope Gregory IV transferred the saints’ feast to November 1, renaming it All Hallows Day.

Christianity adapted Samhain into their own feast day

Five hundred years later, Celtic descendants were still celebrating their 3-day Feast of the Dead. In the 14th century, Rome decreed November 2 would be known as All Souls Day and masses would be said for the departed who had not yet been admitted to heaven. In an effort to finally eradicate the ancient festival, October 31 was titled All Hallows Eve and installed on the Church calendar as a vigil of preparation for the 2-day religious observance.

Christianity had absorbed Samhain, but the Celtic ceremony of honoring the dead – now fixed on October 31st and November 1st and 2nd instead of the final harvest full moon – remained. It was still an occasion for feasting and revelry. It was still the night when souls roved free. And it was still the time to seek answers on things unknown.

Hollowed-out turnips (which in Ireland are as big as pumpkins) were carved with fearsome faces, lit with candles, and placed in windows to scare away ghosts. People wore masquerades when out traveling to disguise themselves from creatures of the night. Youngsters went from house to house chanting for food for the poor in the name of Finn Mac Cuill, a tricky descendant of the Tuatha De Danaan.

Colcannon and barmbrack were All Hallows Eve must-eats

Meals featured the fruits of the late harvest. No Hallows Eve dinner was complete without Colcannon, a steaming bowl of potato-cabbage crowned with a deep puddle of melted golden butter. Baked into the fruity Barm Brack dessert cake were fortune-telling tokens: a button for the bachelor, a coin for the rich man, a wooden matchstick for the pauper, and a thimble for the spinster. And whoever found the cake’s hidden gold ring would certainly marry within the coming year! 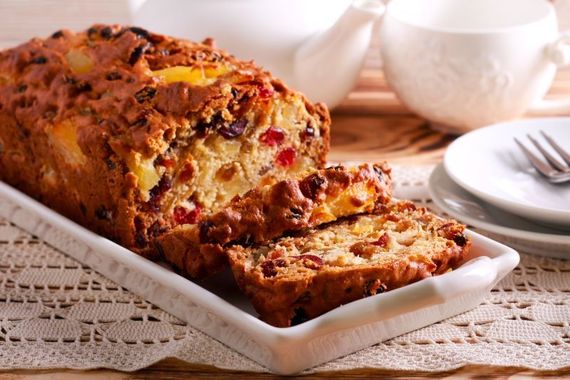 In memory of the departed, crisp wafers called ‘Soul Cakes’ were kept by the door in easy reach of hungry guests – both mortal and immortal. Revelers bobbed for apples in buckets of water and quenched their thirst with mugs of spiced cider. Casting a glance backward into a mirror might show the face of one’s future spouse. An egg white dropped in water could swirl into the initial of a someday betrothed’s name. Through the evening happy music from pipes and fiddles kept all but the friendliest spirits at bay.

Finally, at midnight, church bells began to toll. For the following two days, candles burned brightly in every home in memory of all those who had gone before. Just as they always had during the Celtic festival of Samhain.

After hundreds of years, the mystic of Samhain and All Hallows Eve still lives on

Nearly eight hundred years on, All Hallows Eve is yet the night for magic, mystery, and merrymaking. Ghosts haunt the imagination and trick-or-treaters go begging for goodies from door to door.

Decorations have gone far beyond carved out turnips and become big business, with devotees of the night decorating their lawns, yards and homes even more lavishly – and definitely more ghoulishly – than Christmas. Costuming is limited only by the imagination, and parties spawned by this ancient Irish tradition now rival the revelry of Mardi Gras.

In New Orleans, which like New York boasts a long history of Irish immigration, Anne Rice’s annual Vampire Ball is the stuff of legend. Author of Interview with a Vampire and several sequels collectively known as The Vampire Chronicles, Anne Rice is Irish American to the core and her books continue the ‘undead tradition’ begun by Ireland’s own Bram Stoker. While costuming at the Ball runs the gamut of all that is weird and wonderful, I spotted more than a few leprechauns, banshees, and fairy folk among the guests the year I attended. My costume? A drop dead come hither vampire, of course. Pardon the pun.

Preheat oven to 350F. Pulverize 1 cup oatmeal in a blender. In a small bowl, combine ground oats, baking powder, and salt. Stir in butter. Gradually add water to make a thick paste. Gather into a ball, place on a board lightly sprinkled with 1/4 cup oatmeal, and roll around until completely covered with flakes. Spread another 1/4 cup of oatmeal on the board and flatten the ball into an 8-inch circle 1/4 inch thick. Cut into wedges and transfer to a pan covered with another 1/4  cup oatmeal. Bake 15 minutes. When wedges are light brown, turn off heat, open the oven door, and let sit in the oven for about 5 minutes until firm and crisp. Makes 8 Soul Cakes. (Personal recipe) 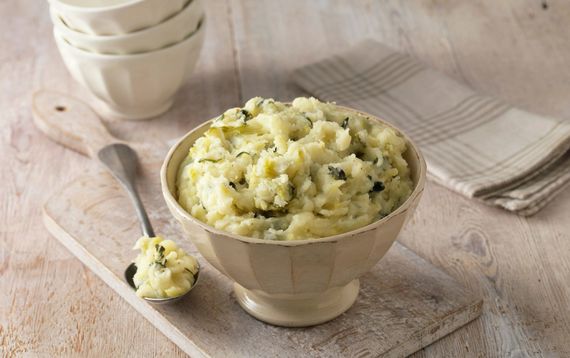 Pour into prepared pan and hide the parchment wrapped fortune tokens deep in the batter. Bake for 1 1/2 hours, or until a cake tester can be withdrawn dry. Makes 1 cake.

Variation: Use up to 1/2 cup whiskey to replace some of the tea.

What are your favorite Halloween traditions? Share in the comments!