Father Michael McGivney was a son of Irish immigrants, a parish priest, and the founder of the Knights of Columbus and he soon he may also be a saint. He was born on this day in 1852. 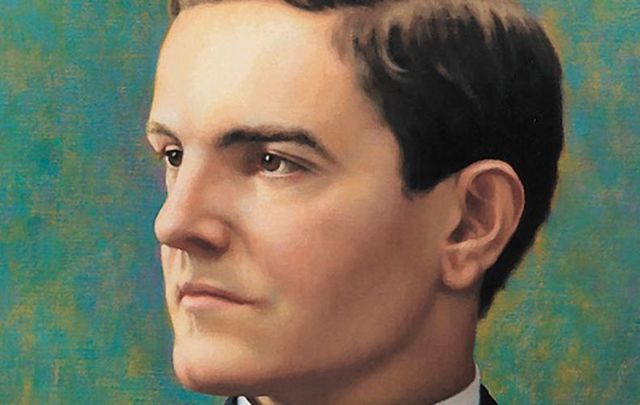 Father Michael McGivney was a son of Irish immigrants, a parish priest, and the founder of the Knights of Columbus and soon he may also be a saint. He was born on this day in 1852.

Father McGivney served as a parish priest in New Haven, CT in the late 1800s where the Catholic community was a discriminated-against minority. At the time, in the mid-nineteenth century, Catholic dioceses were few in number, and the United States was still considered a land of mission.

“Waves of Irish immigrants swelled the Catholic population in northeastern cities like New Haven, and waves of anti-Catholic sentiment greeted them,” said Kevin Coyne, a professor at the Columbia University School of Journalism who is currently writing a book on the history of the Knights of Columbus, the Catholic fraternal organization founded by McGivney.

Father McGivney was born to Irish immigrants in Waterbury, CT in 1852. Although he knew he wanted to become a priest when he was only thirteen years old, it took him three years to convince his father. In 1868, at the age of 16, he entered Séminaire de Saint-Hyacinthe in Saint-Hyacinthe, Quebec, Canada.

When his father died, he had to return home to help finish raising his siblings. He would not have been able to afford the expense for another year in the seminary, but his local bishop paid for the rest of his education. He moved from the Jesuit seminary to “a seminary where he would become the kind of parish priest the diocese needed,” said Coyne.

“And that’s exactly what he became. He was not the kind of priest who believed his ministry ended with Sunday Mass.”

He continued his studies at St. Mary's Seminary in Baltimore and was ordained a priest on December 22, 1877.

Anderson said that “as the book makes clear, the Venerable Servant of God Father Michael McGivney was no ordinary priest – he accomplished no ordinary feat, and he lived in no ordinary time.”

Referring to the landmark encyclical of Pope Leo XIII, Anderson continued: “Nearly a decade before ‘Rerum Novarum’ formally launched the social doctrine of the Church, Father McGivney was founding a lay Catholic organization that would be dedicated to both the spiritual and temporal well-being of its members.”

In 1882, Fr McGivney founded the Knights of Columbus.

“Father McGivney’s vision had prepared the Knights of Columbus to fully embrace the reinvigoration of the role of the laity in the life of the Church in the Second Vatican Council and in the subsequent pontificates of St. John Paul II, and Popes Benedict XVI and Francis,” said Anderson.

In the preface of “Parish Priest,” a book on Fr McGivney's journey to canonization, authors Douglas Brinkley and Julie M. Fenster write that “too often American Catholic history focuses on the Church hierarchy.”

“Over the years, grand biographies have been written about famous bishops and cardinals. That’s fine, but the heart of Catholicism in the United States lies with the parish priests, who become so much a part of their parishioners’ regular lives.”

“It’s the parish priest to whom many of America’s 65 million Catholics turn in times of personal crisis or if poverty strikes a family. They serve on the level of human helping another,” the authors wrote.

Fr McGivney died from pneumonia in 1890 at the age of 38. His process of canonization was begun in 1997 by Archbishop Daniel A. Cronin of Hartford. In 2008, Pope Benedict XVI declared Fr. McGivney "Venerable.

If the next part of the process recognizes a miracle attributed to the intercession of Fr. McGivney, he will be proclaimed a blessed, a process called beatification. If a second miracle is recognized, he will become the first U.S.-born parish priest to be proclaimed a saint.

Do you think Fr McGivney deserves to be a saint? Let us know your thoughts in the comments section below.