Find your family history online - Ireland's 1926 Census is being digitized

For the first time, 700k 1926 census return sheets from the Republic of Ireland will be available online to the public by April 2026. 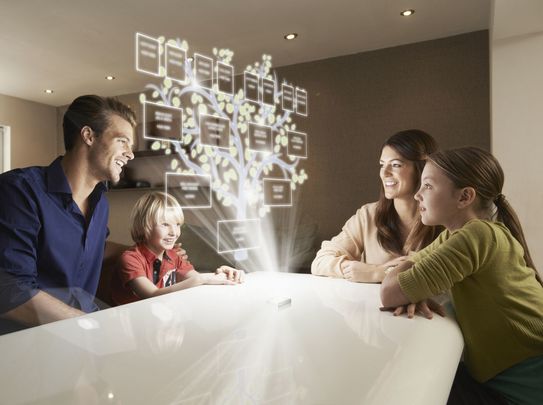 The 1926 Census, set to go online in April 2026, will provide a unique snapshot of Ireland's population, age, occupation, religion, housing and the Irish language.

The National Archives of Ireland project has announced that as part of a €5 million project the Republic of Ireland's 1926 Census results will be available online, free of charge, from April 2026.

These returns contain the personal details of each individual alive at the time in Ireland. The 1926 census collected 21 data sets such as name, age, sex, marital status, religion, housing conditions and ability to speak Irish. It is planned to digitize and publish all data sets. This information will undoubtedly provide a fascinating snapshot of life in Ireland in 1926 and will be of great use to both the Irish public and diaspora worldwide.

In 1926, a total of 92.6% of the population was Catholic and 18.3% could speak Irish. Of those employed, 51% were in agricultural occupations, 4% were fishermen, 14% were in manufacturing and 7% were domestic servants.

The first full government census of Ireland was taken in 1821 with further censuses at ten-yearly intervals from 1831 through to 1911. A census was taken in June 1921, in England, Scotland and Wales but not on the island of Ireland because of the War of Independence. The first census of the population of the Irish Free State was taken on 18 June 1926.

The 1926 census consists of 630,048 household returns with one census return sheet per household along with around 70,0000 enumerators’ sheets. Each return measures approximately 630mm x 290mm (A3 is 297x430mm). The returns are laced together in 2,464 canvas portfolios each representing an enumeration area within each of the 26 counties. The entire census is stored in 1,344 boxes.

The 1926 census collected 21 data sets. These include:

2) Relationship to head of household.

6) Birthplace (including name of parish).

10) Occupation and employment: employment/name of employer.

12) Information regarding present and previous marriages required from married men, widowers and widows: the number of living sons, daughters, step-sons and step-daughters under 16 years of age, whether residing as members of this household or elsewhere.

13) The total area in statute acres of all agricultural holdings (if any) situated in the Irish Free State of which persons usually resident in this household are the rated occupiers.

For more details on the 1926 Census visit: CSO.ie.