Edna O'Brien and the Irish War of Independence

Author Dan O'Brien explores how Edna O'Brien subtly drew on her own family history to grapple with war and its legacy on society. 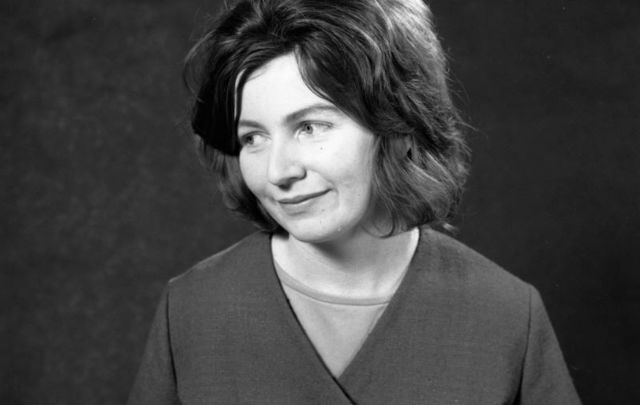 Author Dan O'Brien explores how Edna O'Brien subtly drew on her own family history to grapple with war and its legacy on society. Getty Images

Edna O’Brien, now 89 who recently published her eighteenth novel, was for decades dismissed by critics as a writer solely concerned with love.

These misconceptions long obscured another subject crucial to her work: war. This has become more obvious in her latest work, with her two most recent novels, 2015’s The Little Red Chairs and this year’s Girl, addressing conflict in the Balkans and Nigeria, respectively.

Read More: On This Day: Irish writer Edna O'Brien is born in 1930

However, since her very inception as a writer in 1960 with the publication of The Country Girls, O’Brien has subtly drawn on her own family history to grappled with war and its legacy on society. As Ireland marks the centenary of the War of Independence (1919-1921), it is a fitting time to consider how this event continues to influence one of the country’s most pre-eminent living writers.

O’Brien was born into the Irish Free State in 1930, in between the villages of Scariff and Tuamgraney in east Clare, to the farmers Lena Cleary and Michael O’Brien. Though her alcoholic father was vocal in his support for independence, he was not all that active in the fight to secure it. His greatest act of revolution came in 1921 when he burned down his own house to prevent the British from using it as a base, as O’Brien sardonically recounts in her memoir:

“My father… would describe the high spirits with which he and other gallants doused rags in petrol…. The subsequent bonfire, seen for miles around, was another notch of victory over the invader."

In this image of a collapsing house, O’Brien finds an apt metaphor for the self-defeating nature of Irish nationalism. It reappears throughout her fiction, as in The Country Girls, where the protagonist Caithleen reflects, “my father, unlike his forebears, had no pride in land, and gradually the place went to ruin."

In a further irony, Caithleen’s father sings drunken ballads of Irish freedom while imprisoning his daughter for seeking her own independence.

However, O’Brien’s links with the revolution stretch beyond her father’s whiskey-fueled patriotism. Her uncle on her mother’s side, Michael Cleary, played a prominent role in the War of Independence as a captain in the East Clare Brigade. Cleary joined the Mountshannon branch of the Irish Volunteers in July 1917, when he was twenty-three years old.

In the lead up to the war, during the conscription crisis of 1918, Cleary and the local volunteers, lacking firearms, fashioned pikes instead, a throwback to earlier centuries of Irish revolution. They also took part in cattle drives, to clear livestock off land taken from tenants by landlords for grazing, a continuation of a long history of land agitation in the county. Growing republican activity saw Martial Law declared in the area in 1918.

When open warfare broke out in 1919, Cleary took part in an early (and farcical) attempt to disarm a Galway policeman, as recorded by fellow volunteer Thomas McNamara, in his testimony to the Bureau of Military History: “The poor man was unarmed and had nothing on him only two empty bottles which he was taking to the public-house to get filled with porter."

By 1920, events had taken a more serious turn, and the stretched RIC abandoned their barracks in Mountshannon and nearby Whitegate, with Cleary coordinating the destruction of the latter to prevent its re-occupation.

Later that year, armed with a rifle, he took part in an attack on the RIC barracks in Feakle. Soon afterwards, he was involved in an assault on the Scarriff barracks, in which homemade bombs were thrown in through a hole in the roof. Though not immediately successful, the RIC vacated the barracks later that week. This attack led to a campaign of reprisals and raids conducted by the Auxiliaries, which forced the volunteers in the area to “go on the run”. Four of them were captured in Whitegate, brought to the district headquarters in Killaloe, and executed on the bridge in what was to become one of most infamous events of the war in Clare (and remembered in Christy Moore’s song “The Scarriff Martyrs.")

In 1921, Cleary’s company was involved in more barracks attacks, attempted ambushes, the burning of the Scarriff workhouse, and the general disruption of British communication in east Clare. One of the most eloquent recorders of the War of Independence, Ernie O’Malley, who was sent by Michael Collins to train the officers of Clare brigades, described Cleary as “a fine soldier…. He’d do nothing low or mean."

Cleary appears in various fictional guises throughout Edna O’Brien’s fiction, as in her 1994 novel House of Splendid Isolation in which the heroine’s uncle is shot by the British, or in 2006’s The Light of Evening, where a brother is similarly killed:

“He had gone into the town to get medicine for a comrade when a member of the garrison recognized him as being part of the ambush. He was just let lie there in the hot sun."

However, in actuality, Cleary’s death was a less glorious affair. Following the Truce in 1921, he joined the Free State army and was stationed in Kerry. In his book The Civil War in Kerry (2008), the historian Tom Doyle records Cleary’s death: “On Monday, 13 March [1923] Lieutenant Alfred Glynn from Gort, County Galway and Captain Michael Cleary of Whitegate, County Clare… were experimenting throwing hand grenades into the river Feale near Listowel. There was a premature explosion which killed Glynn instantly, and seriously wounded Cleary, who died in hospital the next day."

In her acerbic and brilliant 1969 novel A Pagan Place, O’Brien gets closest to this historical truth:

“He didn’t die a hero’s death like he should, being as he was a wanted man and had organized ambushes against the Tans, he died from a bomb that he was using to catch fish with, in the Blackwater river…. Just before he died he spoke a letter to his mother and a priest copied it down, all about God and patriotism and how happy he was to be dying."

In her uncle’s life story, O’Brien not only finds a symbol of war’s tragic and wasteful nature but of its bleak absurdity as well.

Dan O’Brien is the co-editor of Irish Questions and Jewish Questions (2018) and New Voices: Contemporary Jewish-American Literature (2018). His book Fine Meshwork: Philip Roth, Edna O’Brien, and Jewish-Irish Literature (2020) has just been published and is available now available to buy on Amazon and Syracuse.