Irish author Edna O'Brien has been named the winner of the David Cohen Prize for 2019. 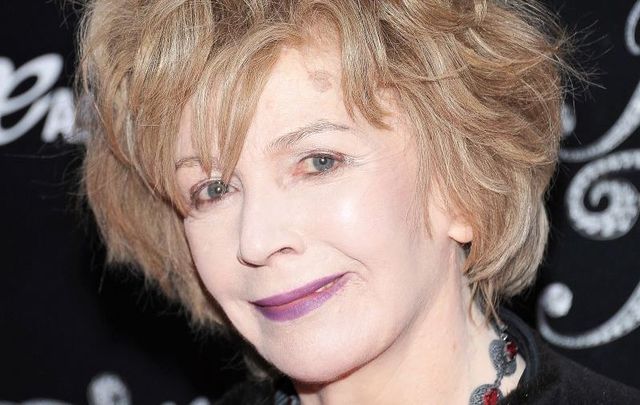 Irish writer Edna O’Brien has been named the winner of the 2019 David Cohen Prize for her body of work throughout her career.

Established in 1992 and first awarded in 1993, the David Cohen Prize for Literature is one of the UK’s most distinguished literary prizes. It recognizes writers who use the English language and are citizens of the United Kingdom or the Republic of Ireland, encompassing dramatists, as well as novelists, poets, and essayists.

The prize, often referred to as the “UK and Ireland Nobel in Literature,” is awarded every two years for a body of work, not “a solo spark of genius,” and recognizes a living writer’s lifetime achievement in literature.

O’Brien, a native of Co Clare, was announced as the winner on November 26 during an event hosted at the Royal Institute of British Architects in London.

We had a fantastic time in London last night at the awards ceremony for the David Cohen Prize 2019, an evening full of...

In winning the award, O’Brien was hailed for “breaking down social and sexual barriers for women in Ireland and beyond and moving mountains both politically and lyrically through her writing.”

In 1960, the Irish author shot to fame with the publication of "The Country Girls," which, radical at the time, included realistic descriptions of intimacy and sex. The book was banned in Ireland and in some instances burned. Undeterred, O'Brien went on to enjoy a prolific career in literature, and in September of this year, she published her latest work entitled "Girl."

The Guardian reports that upon hearing the news that she won the prize, O’Brien said: “I’ve often looked at books in bookshops that I have hardly heard of and seen that the authors are the recipients of three, four, five prizes. Naturally, I am very glad to have one prize to put on the back of my book and at the forefront of my mind.”

When asked if she thought a Nobel prize would follow the David Cohen Prize, O’Brien said: “The fortune tellers have yet to come over the hills about that news, as such.”

Read More: Celebrating the writer who first described what it really meant to be an Irish woman

“Some writers blaze early, then fade, publishing later books far below their best. In contrast, Edna O’Brien has achieved a rare arc of brilliant consistency, her literary skill, courage, and impact as apparent in a novel published as recently as September as in her first book, which appeared 60 years ago.

“Although in some ways overdue to a writer of this quality, the 2019 prize is timely because O’Brien’s primary subject has been Ireland, a country that continues to be central to our politics and culture.

“As it is given for lifetime achievement, the David Cohen Prize inevitably honors work of the past, but it is a particular pleasure that it goes this time to an author who is also of such present strength and significance.”

O’Brien, who has lived in London for many years, is also the recipient of the Irish PEN Lifetime Achievement Award, the American National Arts Gold Medal, the Frank O’Connor Prize, the PEN/Nabokov Award for Achievement in International Literature, and a Prix Femina Special.

Looking for Irish book recommendations or to meet with others who share your love for Irish literature and writers? Be sure to join to IrishCentral Book Club and enjoy our book-loving community.

Have you read Edna O'Brien before? What's your favorite piece of work by the Irish author? Let us know in the comments!