I feel proud of my country finally accepting and applauding her contribution to Irish literature. 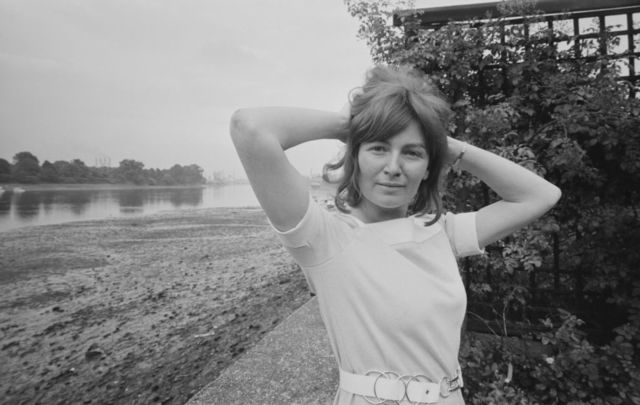 Edna O'Brien will in April 2019 be celebrated in Dublin's One City One Book initiative and I'm proud of my country for now accepting her writing and strong female voice.

I was a young student of about 18 when I first encountered the writing of Edna O’Brien.

At an English tutorial in University College Cork, Professor Patricia Coughlan distributed an extract from “The Country Girls” for our consideration.

Although I had never seen it before I recognized it instantly. Here was my world, my parish, my reality described for the first time in clean-cut prose.

A few years later I elected to write my Masters thesis on Edna O’Brien. On many occasions, I had to defend this decision to people who sniggered behind their hands or rolled their eyes.

I felt she had been wrongfully neglected by academia. They felt this was only right given her status then as a smutty, censored writer of “dirty books” or, worse again, “women’s fiction.”

My thesis was on the presence of the “écriture féminine” as defined by Hélène Cixous in the writing of Edna O’Brien - I know, I know, bear with me!

Really what I was excavating and holding up for reflection was the way in which she described what it is to be a woman. An Irish woman. A breathing, heart-beating, bleeding, sweating, thinking, dreaming, desiring, real-life woman. No more the sanitized, douched, deodorized, secret, shameful, silent comely maiden.

I understood why this was banned. The power inherent in the reality of her version of a woman was a dangerous force and thus a threat to the status quo. It was easier to ban it and deride it as “filth” than to face up to it.

On its release, I read her most recent novel “The Little Red Chairs.” It finishes on the line, “You would not believe how many words there are for home and what savage music there can be wrung from it.”

This theme of "home" has been at the heart of O’Brien’s writing just as much as the physicality of women.

Read more: Edna O'Brien's "The Country Girls" trilogy to be celebrated in Dublin over a whole month

In April 2016 I had the pleasure of attending the Gaiety Theatre for a wonderful tribute to O’Brien. After a rousing rendition of "Oró Sé Do Bheatha ‘Bhaile,” O’Brien thanked those present for the warm welcome and said she really felt she had come home.

Then, and now, as “The Country Girls” is being celebrated through the “One City One Book” initiative, I felt proud of my country that was finally accepting and applauding her contribution to Irish literature.

Have you read any of O'Brien's books? Leave us your reviews in the comments section, below.