When was the last time you wrote a letter? Valentine’s Day is a great excuse to talk about the forgotten art of letter writing. 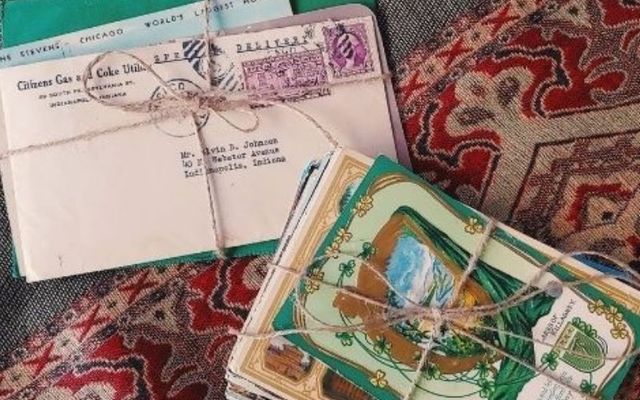 In this age of instant communication, many have forgotten the simple pleasure of mailing and receiving a letter -- even a postcard.

Flea Market Love Letters is a digital archive of vintage love letters that began in 2017. There are some three hundred real letters that have been published to the archive on Instagram and the project site.

While named Flea Market Love Letters many but not all of the letters tell a traditional “romantic” story. Several are between romantic partners while others detail family relationships. With letters from both World Wars, the Great Depression of the 1930s, and yes even the "Spanish Flu", the Flea Market Love Letter archive is one-of-a-kind. There’s something for everyone -- romantics, historians, and especially romantic historians!

In 2018 the project moved headquarters from Washington D.C. to Dublin, Ireland where several pieces of Irish history like the below postcards have been added to the archive. The imagery of these vintage postcards can tell so much about the time they were written. They are windows into history. Check out how these Dublin landmarks and streets hold up -- or change -- decades later!

Dublin through postcards: then and now 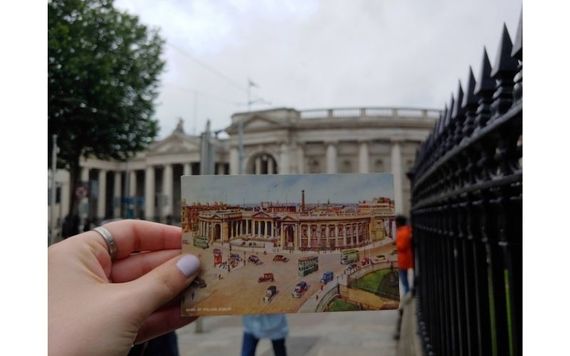 The Bank of Ireland, College Green, a postcard from 1949 and today. Via: Liz Maguire.

The reverse of this card reads:

“Getting overfed but recovering from a poor night journey over much kindness here and a few days in the country -- from Tuesday to Saturday will keep. Back here Saturday till Monday. Monday night Holyhead Hotel. Tuesday night Great Easton Hotel. Liverpool St. Ewill. Wed: will phone. Hope all well with you all." 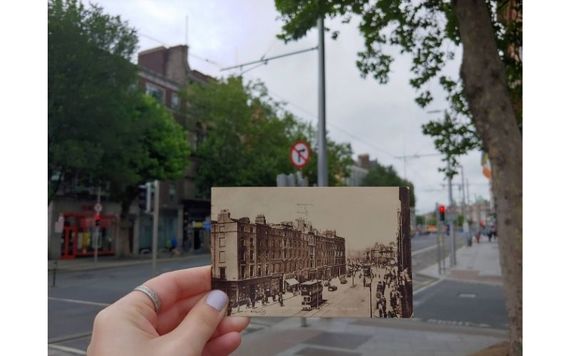 The reverse of this card reads:

"Dearest Mother: We've had a good time in Dublin. Weather is still fine + we're hoping it will continue so.  Love, John"

When this postcard was written and posted to Cheshire there would have been some small businesses and shops, as well as accommodation on this street. Now there are coffee shops, a hotel, and several tourist services. Much of the architecture remains similar. Dublin then and now continues to be a hustling bustling city full of life and character.

Letters and postcards capture the very essence of an individual’s life and surroundings at a particular moment in time. Everyone has a letter story. Perhaps you discovered a bundle of letters under the bed or in an attic corner?  Flea Market Love Letters wants your letter stories! Write today.

Get in touch with Liz Maguire 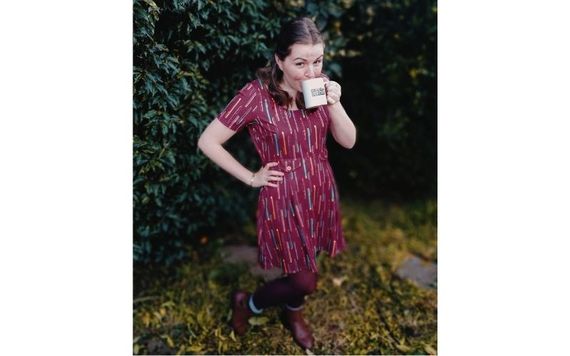 Liz Maguire is an Irish-American from Pennsylvania living in Dublin. During the week you can find Liz at work as the Digital Marketing Manager for My Irish Jeweler and running the Flea Market Love Letters archive in her spare time. Liz is a huge advocate for writing more letters! In 2020 Flea Market Love Letters launched the Write More Letters Project which raises funds for U.S. Veterans and Military Families.