Could DNA findings answer long-held questions regarding a possible link between ancient Egyptians and the Emerald Isle? 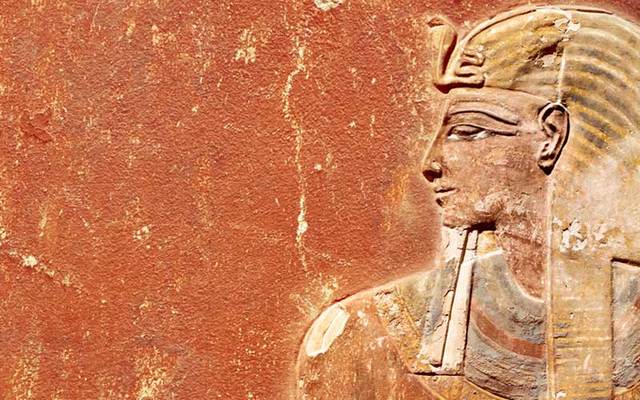 Could DNA findings answer long-held questions regarding a possible link between ancient Egyptians and the Emerald Isle? To begin with, there is the legend of Scota, an Egyptian princess who fled from Egypt with a large group of followers, arriving in Ireland in 1700 BC.  It is believed Scota, whose descendants are said to have become high kings of Ireland, was killed in battle by the Tuatha De Danann (the tribe of Danu who are said to have established the site of Tara).

In 1955, archaeologist Dr Sean O’Riordan of Trinity College found skeletal remains of a young boy, carbon-dated to around 1350 BC, at the Mound of Hostages at Tara. A necklace found with the skeleton was made of faience beads, matching the design and manufacture of Egyptian beads. The collar matched the collar laid around the neck of Tutankhaum, who lived during the same time as the boy found in Ireland, according to Ancient Origins.

Findings such as these have led to much speculation, but DNA research could be getting closer to proving once and for all that people from the Middle East, and possibly ancient Egyptians, were once in Ireland.

In 2015, researchers from Trinity College Dublin and Queen’s University Belfast found evidence of massive migration from the Middle East to Ireland after sequencing the genomes of ancient Irish humans, The Irish Times reports.

The genome of an early woman farmer who lived near Belfast 5,200 years ago showed that her majority ancestry originated in the Middle East. The woman had black hair and dark eyes, and she would have looked more like someone from southern Europe than an Irish woman.

By contrast, the genomes of three men who lived during the Bronze Age 4,000 years ago showed one-third of their ancestry came from the Pontic steppe on the shores of the Black Sea. These men had the most common Irish Y chromosome type, had blue eyes,  and had the genetic mutation for hemochromatosis, now so common in Irish people, it’s often called a Celtic disease. Although there was only 1,000 years between them, the genomes of the woman and the three men looked remarkably different, suggesting a major migration must have occurred.

“There was a great wave of genome change that swept into Europe, from above the Black Sea into Bronze Age Europe, and we now know it washed all the way to the shores of its most westerly island,” said Trinity professor of population genetics Dan Bradley, who led the study published in the international journal Proceedings of the National Academy of Sciences of the USA.

The research indicates that before the migration, Ireland’s earliest people, who may have arrived as far away as the Middle East, were quite different than the Celtic people that are associated with the region today.