Daniel Tighe's story is featured in the National Famine Way™ app which is free for walkers of the trail route to download. 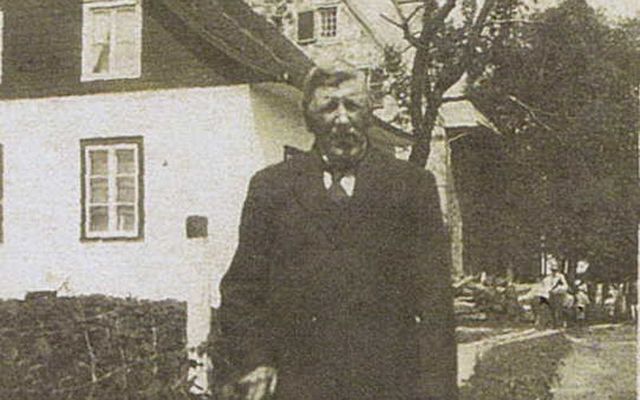 Descendants of Daniel Tighe, a 12-year-old boy who was among the evicted tenants forced to march from Strokestown to Dublin during the height of the Famine in 1847, have shared photographs of his later years in Canada.

Daniel Tighe's story is featured in the National Famine Way™ app which is free for walkers of the trail route to download. Now through his descendants, some remarkable photos have come to light, showing Daniel in his later years along with his wife, Virginie.

Daniel was one of the 1,490 tenants of the Mahon estate in Strokestown who were evicted and force-marched to Dublin where their passage was paid on four of the worst ‘coffin ships’ that crossed the Atlantic during the famine years.

Daniel's mother was a widow with five children who, in a desperate attempt to save her family, availed of the ‘Assisted Emigration Scheme’ offered by Major Denis Mahon of Strokestown Park House.

Only two of the family, Daniel and his nine-year-old sister Catherine, survived the voyage on the ‘Naomi’ which sailed from Liverpool to Quebec. In later years Daniel recounted the horror of watching the bodies of his mother and brothers being thrown overboard and buried at sea. 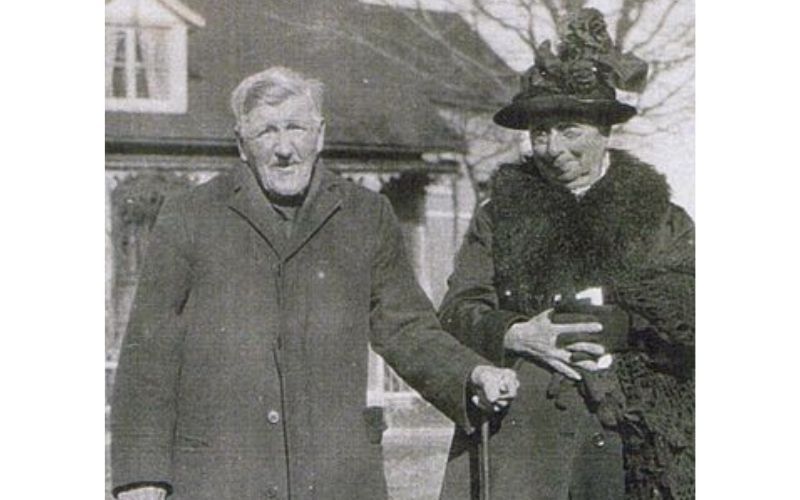 The ‘Naomi’ has appalling statistics from that voyage which began with 421 passengers and was an eight-week nightmare. Comfort and hygiene were non-existent, drinking water ran low and food was reduced to one meal a day. Typhus broke out on board, and the ship was ordered to stop at Grosse Île. Almost half of those who embarked died aboard a ship or in the ‘fever sheds’ at Grosse Isle when they arrived in Quebec.

Against the odds, Daniel and Catherine survived and were moved to a Catholic orphanage from where they were adopted by a French-Canadian couple, Mr. and Mrs. Fran Coulombe. They found themselves on a 168-acre farm in Lotbinière, Quebec, a far cry from half an acre in Lisonuffy, and were treated well by their new family. In time Daniel inherited the farm which is still in the family, now known as ‘Tye’.  Daniel and his wife Marie Virginie had eight children. Catherine died in her mid-30s of appendicitis.

Strokestown Park House contains a full and fascinating treasury of over 55,000 documents and is of international significance in relation to the Famine period and as a complete record of economic, social and estate history over a 300-year period.

It includes a full handwritten list of the 1,490 emigrants which was the starting point for tracing them. The search is led by Professor Mark McGowan from the University of Toronto who with his research teams has mapped their places of settlement in Canada and the United States. They have also traced the children who were left orphans from the 1,490 Famine emigrants and located where many of them were adopted by French-Canadian families.

This led to Daniel’s great-grandson, Richard Tye, visiting Strokestown and completing a nostalgic circle from the original starting point.

Launched in September 2020, the 165km National Famine Way™ starts at the National Famine Museum | Strokestown Park in Roscommon and ends at EPIC The Irish Emigration Museum in Dublin’s Docklands.

The story of the 1,490 emigrants is told through the free app. It comprises a digital storybook in 32 sections, each linked to a pair of bronze shoes, used to mark the route. The narrative is written by award-winning author Marita Conlon-McKenna.

Official walkers can also purchase a 14-page passport to get stamped along the route (cost €15).

The route mainly follows the Royal Canal towpath and is both flat and accessible, suiting all age groups. It can be done as a non-stop pilgrimage, Camino-style, or walked in sections.