On This Day: 33 Fenian prisoners including the “Cuba Five” were released by the British in 1871

The "Cuba Five" chose exile to the United States - so began the massive influence they were to play in Irish America. 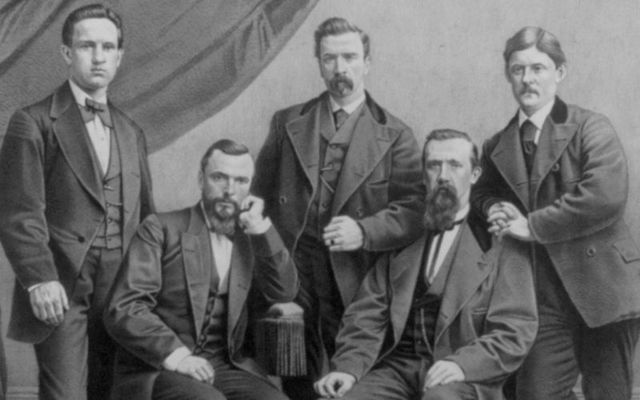 John Devoy (far left), standing, Charles Underwood O'Connell, (second from left) seated, Harry Mulleda (center), standing, Jeremiah O'Donovan Rossa, (second from right) seated, and John McClure (far right) standing, the five Irish Fenian prisoners who under general amnesty were released by the British to America on Jan. 5 1871, and were shipped together aboard the Cuba. Public Domain / US Library of Congress

On January 5, 1871, 33 Fenian prisoners were released by the British, including the "Cuba Five", who would go on to play a prominent role in the 1916 Easter Rising.

John Devoy, the unsung hero of the 1916 Easter Rising, and the four other members of the Cuba Five were released from prison by the British, along with 28 other Fenian prisoners, in 1871. 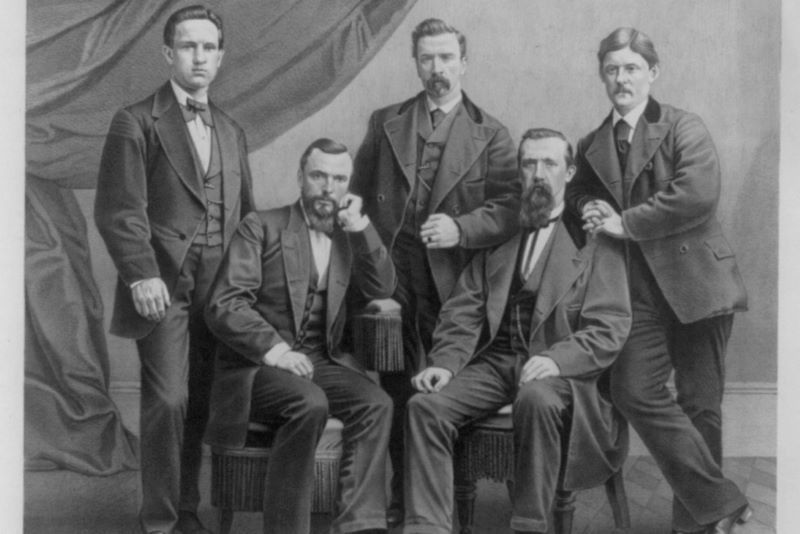 There were many who wound the clock for the Easter 1916 Rising, but surely the man who above all made it strike in America was Kildare native Devoy.

An unrepentant Fenian born and radicalized during the Famine years, Devoy spent time in the French Foreign Legion before becoming the chief Fenian recruiter in the British Army.

When the Fenian Rising failed, he was jailed in Britain but released in 1871, on the condition of not entering Britain until the expiration of their original sentences. To become known as the "Cuba Five", John Devoy, Jeremiah O'Donovan Rossa, Charles Underwood O'Connell, Henry Mullady, and John McClure chose exile to the United States and so began the massive influence they were to play in Irish America.

On that ship, the SS Cuba, was fellow Fenian O’Donovan Rossa and the British had ample reasons to regret sending both him and Devoy into what they thought was political oblivion.

Both men became the avatars of Irish freedom in the United States: Devoy through his Irish American newspaper The Gaelic American and his leadership of Clan Na Gael, the organization with closest ties to the Irish Republican Brotherhood back in Ireland and O'Donovan Rossa, through his political skills both in Ireland's cause and on domestic American issues, and of course, the famous Pearse oration at his graveside also had a massive impact.

There was not a single Irish event of resistance to British rule that Devoy was not at the center of over the rest of his long life (he lived to age 86). He helped organize the Catalpa whaling ship rescue of Fenian prisoners from Australia, and convinced Parnell, the Fenians, and Land League that with American help a joint approach would work much better in what became known as the New Departure.

He was a chief funder of the Easter Rising, and one of the first people informed by the Irish Republican Brotherhood of the date of the 1916 Uprising, a moment he describes vividly in his autobiography, meeting an emissary from Ireland in a New York restaurant and realizing with mounting excitement as he deciphered the coded message that the Rising was to go ahead.

John Devoy was an instrumental part of the 1916 Easter Rising

Devoy had met five of the seven leaders of the insurrection and was the key figure in ensuring American aid. His major role was fundraising and creating the connection with Germany, Britain’s enemy, on the basis that German arms could prove decisive in the upcoming uprising.

He liaised with Irish patriot Roger Casement, but their plans went awry when the Aud, the German ship bearing guns to Banna Strand in Kerry, was intercepted.

Despite the failure, Devoy stayed true to the cause through his bitter fight with Eamon de Valera, who resented how powerful Devoy was, leading Devoy to backing the treaty side, Michael Collins' side, in the Irish Civil War.

When he returned to Ireland in 1924 as an old man of 84, he was given a hero's welcome by the government, his life's work done.

As we look back now on the 1916 Easter Rising, the need to honor Devoy is very apparent. In the pantheon of Irish American heroes, he stands out.