How the Cork IRA dealt with Lord Mayor MacCurtain's killer

The IRA's response after Co Cork's Lord Mayor Tomas MacCurtain was killed by members of the RIC in 1920. 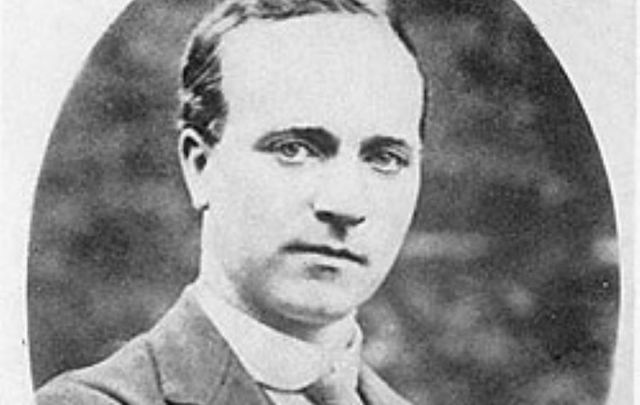 The IRA responded to the murder of Co Cork's Lord Mayor Tomas MacCurtain in 1920. Public Domain

The IRA's response after Co Cork's Lord Mayor Tomas MacCurtain was killed by members of the RIC in 1920.

On Sunday, August 22, 1920, RIC Detective Inspector Oswald Ross Swanzy was attending service at Lisburn Cathedral. Shortly after 1 pm, he was returning to his dwelling at 31 Railway Street when he was shot dead by IRA men. Days later, the 39-year-old Monaghan native was buried in Mount Jerome Cemetery Dublin.

Read More: The murder of Cork’s first Republican Lord Mayor on this day in 1920

Swanzy had served with the Royal Irish Constabulary for 15 years and it was during his last year of service that he oversaw the killing of Cork Lord Mayor Tomas MacCurtain, a deed that resulted in his downfall in Lisburn on that autumn Sunday.

In the dead of night on March 20, 1920 members of the RIC led by Swanzy went to the home of the Cork Lord Mayor and leader of the Cork IRA Tomas MacCurtain and shot him dead. Swanzy soon left Cork and Michael Collins guaranteed the Cork Brigade that they would get vengeance for their slain leader.

With the help of information collected by RIC Sergeant Matt McCarthy who was sympathetic to the IRA, Michael Collins tracked Swanzy down to Lisburn and set in motion his end.

Sean Culhane and Dick Barrett of the Cork No.1 Brigade went to Belfast to carry out the shooting of Swanzy, taking with them MacCurtain's pistol to carry out their vengeance. With Belfast IRA Volunteer Roger McCorley, Culhane and Murphy left Belfast in a taxi for Lisburn and together they approached Swanzy on the street where his death was delivered.

The getaway was a haphazard affair. Culhane and Murphy, along with McCorley, ran from the scene of the shooting to where the taxi was waiting on a street nearby. Culhane and Murphy jumped into the car but the taximan panicked and pulled off before McCorley could reach it. The Belfast man managed to run after the car and launch himself in through the door held open by Culhane but in doing so he accidentally fired a bullet from his gun. Fortunately for the occupants of the taxi, the bullet lodged into the seat but it did draw the attention of an attentive passer-by who took down the registration plate of the taxi.

It resulted in the arrest of the taxi man and his subsequent trial where he was found not guilty of Swanzy's killing.

The two Cork men successful made their way back to Belfast and from there they quickly boarded a train to Dublin. In the capital city, they met Michael Collins to confirm that the deed was done. Collins kept MacCurtain's pistol as Culhane and Murphy headed home on the Cork train. Luckily for them, when they reached Leeside they were stopped at the train station by a patrol of Black and Tans who searched them. Had Collins not taken the gun, things would have turned very grim for Culhane and Murphy and instead they were left go.

In an ironic twist MacCurtain's pistol, which is now on display in the Kilmurray Independence Museum in Cork, was legally obtained by posing as a loyalist and the permit was signed by Swanzy!

Following the killing of Swanzy sectarian riots broke out in Lisburn which resulted in death and destruction.  Loyalist mobs attacked Catholic homes and businesses, driving the majority of them from Lisburn, never to return. Those arrested for rioting and looting threatened to organise other riots through the UVF in other towns so they were released without charge.

The Lisburn riots resulted in the recruitment of special constables to control the mayhem but many of those recruited were UVF members and they subtly orchestrated violence against Catholics. These special recruits would later become the Ulster Special Constabulary, known better as the dreaded B-Specials.

Read More: The Irish soccer club in Scotland - the history of Celtic FC