WATCH: Fascinating footage of Cork City in color in 1902

The 21-minute footage of Cork City provides a colorized depiction of several areas in the city 120 years ago. 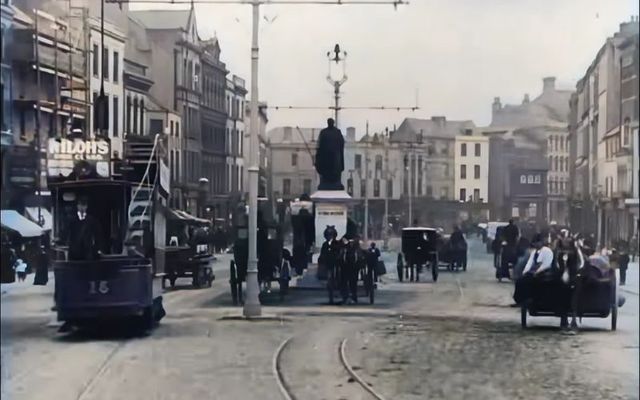 Colorized footage of Cork City in 1902 offers a fascinating insight into life in the Irish city at the beginning of the 20th century.

The 21-minute footage, which was posted on YouTube in November 2021, provides a colorized depiction of several areas in the city 120 years ago.

The video begins with footage of Patrick's Street, showing a tram making its way down the street while a number of horse-drawn carriages make their way up the street.

The video also features footage of people going about their business on Cork's Grand Parade, again capturing a street car and horse-drawn carriages moving in the background.

Also featured in the 20-minute video is footage from a ride from Blarney to Cork on the Cork & Muskerry Light Railway, which opened in 1887 and closed in 1934.

The footage also captures preparation works for the Cork International Exhibition, a world's fair that took place in Cork in 1902.

The Cork Exhibition, which included a Canadian pavilion, art gallery, and a range of industrial exhibits, took place 50 years after Ireland hosted its first world's fair.

Also included in the fascinating video is footage of soldiers returning from the Boer War in South Africa, people going about their day on Albert Quay, and rowing teams practicing on the River Lee.