Connemara Patch,  a forgotten Irish community that was located on St Paul’s East Side in the early 1880s, was home to several generations of Irish working-class families 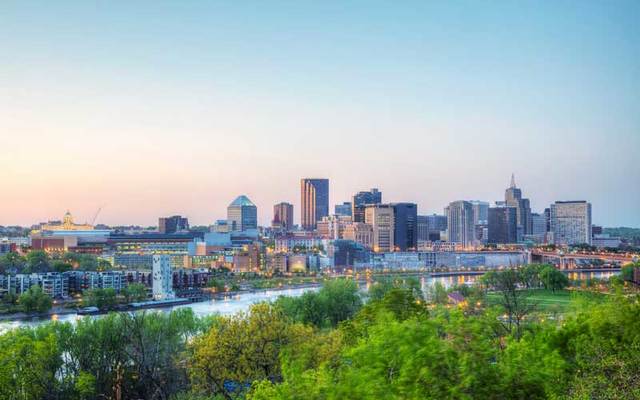 Connemara Patch, a forgotten Irish community that was located on St Paul’s East Side in the early 1880s, was home to several generations of Irish working-class families until it was ultimately destroyed by freeway construction during the 1950s.

In a column on Minnesota history, the MinnPost delves into the history of the short-lived neighborhood.

The community began during the recruitment and resettlement of thousands of Catholic Irish in Minnesota by Bishop John Ireland between 1876 and 1881.

John Ireland, a Co Kilkenny native who moved to St Paul with his parents when he was 14 years old, became bishop in 1875.  He would resettle thousands of Irish Catholic immigrants along acres of farmland along the expanding railroad in rural Minnesota.

Writing for the MinnPost, Natalie Heneghan reports: “After devastating crop failure in western Ireland in 1879, Bishop John Ireland sponsored fifty poor, starving families from the Connemara region of County Galway, Ireland. He arranged for them to settle in Graceville among earlier Irish immigrants to the region. The 309 newcomers, called 'Connemaras,' arrived in Minnesota in June 1880. Ireland gave each family 160 acres of land, clothing, farming supplies, seed, and credit for food.”

The new immigrants were expected to pay off the land by farming it, but the settlers preferred to find work as day laborers.  Bishop Ireland moved the Connemaras, who were unprepared for the harsh winter, to St Paul, where it was hoped they would find greater financial stability.

Heneghan writes: “Most settled in an area that became known as Connemara Patch, a neighborhood at the base of Dayton’s Bluff. It was roughly bounded by East Seventh Street on the north, Third Street on the south, Hoffman Street to the east, and Commercial Street to the west.”

Heneghan adds: “A 1902 St. Paul Globe article paints one of the most vivid pictures of Connemara Patch, ‘a little settlement that lies at the foot of Dayton’s Bluff like sediment in the bottom of a big pool.’ It was a small, rather hidden neighborhood. The writer visited on a sunny spring day and described the streets as crooked and the houses — or ‘huts’ — as awkwardly built. Children played happily in the mud and sunshine, wearing tattered clothes.”

As families moved in and out of the neighborhood, the identity of the community evolved and Irish names became less common.

“Former residents like Rick Cardenas, interviewed in a 2007 St. Paul Pioneer Press article, never referred to it as Connemara Patch. By the mid-twentieth century, when he lived in the area he called ‘below the bridge,’ most residents were Mexican American. All were cleared out by 1956 during the construction of Interstate 94. In 2005, the City of St. Paul created Bruce Vento Nature Sanctuary on the former site of the neighborhood.”