Was the cellphone predicted by an Irish American in 1953?

Did the president of a telephone company in California predict mobile phones during a 1953 speech? 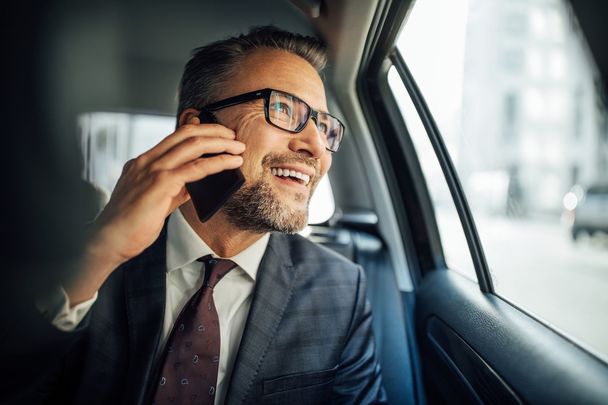 Was the mobile phone predicted in 1953? Getty

Did the president of a telephone company in California predict mobile phones during a 1953 speech, revealed in an article with the headline "There'll Be No Escape in Future From Telephones."

In 1953 the President of the Pacific Telephone and Telegraph Company, Mark R. Sullivan is quoted in by the Associated Press and by all accounts, it seems that he clearly predicted the cell phone.

Read more: Trump will not serve a second term, according to Irish psychic

There’ll Be No Escape in Future From Telephones

Pasadena – AP – The telephone of the future?

“Just what form the future telephone will take is, of course, pure speculation. Here is my prophecy:

“In its final development, the telephone will be carried about by the individual, perhaps as we carry a watch today. It probably will require no dial or equivalent, and I think the users will be able to see each other if they want, as they talk.

‘Who knows but what it may actually translate from one language to another?”

"There'll Be No Escape in Future From Telephones."

By all accounts the article is legit. Some have pointed out Sullivan was the head of a major telephone company and would have been privy to the newest technology being dreamt up in the labs. However, the first cordless telephone would not be released until the 1960s and mobile phones wouldn't be on the scene until the 1980s. It's quite likely that the bases of these products would have been in the works as early as 1953.

What we know about Sullivan is that he was born in San Francisco, on Feb 1, 1896, in Oakland, California, to his parents Robert E. and Margaret (Tierney) Sullivan.  He served at the helm of Pacific Telephone until 1945. He later led another firm, Potomac Telephone Companies.

As for Pacific Telephone and Telegraph Company, it would go on to be known as Pacific Bell (aka PacBell) and was part of a set of companies acquired by AT&T.

The News-Tribune confirmed that it printed the story on April 11, 1953, however, they could not identify the reporter covering Sullivan’s remarks prior to publication.

The article was released by AP and as well as appearing in the Tacoma News Tribune was printed in The Spokane Chronicle, The (Wilmington, Delaware) News Journal, The Akron Beacon Journal, and the Boston Globe.

Read more: How the Irish were woken every morning before alarm clocks