Castle Roche is most certainly one of Ireland's historic hidden gems

The legacy of our Irish ancestor's struggles lives on at historic Castle Roche in Co Louth, Ireland. 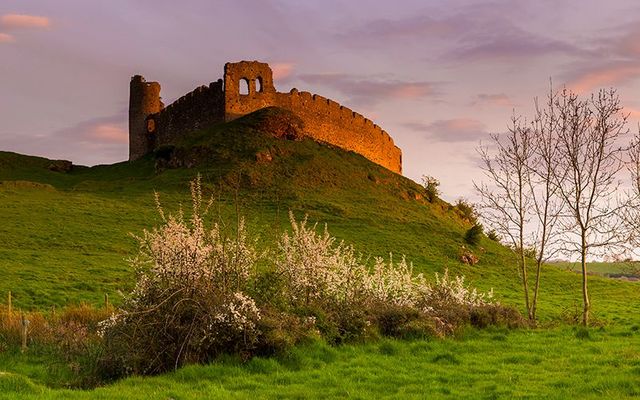 From Chuclainn and Finn McCool to the High King of Ireland and Oliver Cromwell, the legacy of our Irish ancestor's struggles live on in this County Louth historic castle.

Roche Castle, in County Louth, is truly one of Ireland's undiscovered gems, there is an aura, a mystique, an otherworldliness to the place.

As you walk up to the ruins of this magnificent structure what first strikes you is the twin towers. The brain, having become accustomed to more monotonous, boring, square houses and dreary slabs of modern living, suddenly has to take a backstep as it tries to comprehend this striking relic from a bygone era. Built on top of a rocky outcrop the castle dominates the surrounding landscape.

Further adding to the mystique is the fact that nobody is here, nobody is ever here. You could almost imagine the place being the setting for some mythic fairytale where leprechauns and fairies populate every crevice of the castle and only come out under cover of darkness on a moonlit starry night when not a soul is in sight.

High King of Ireland burns it to the ground

But this place is much more than a fairytale it is a location grounded in cold hard brutal facts. The castle has been at the center of some of the most dramatic and epic events in Irish history. 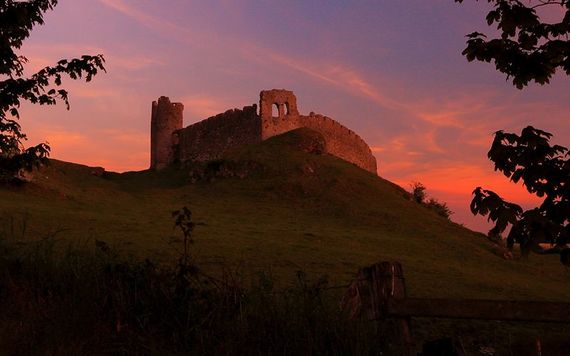 In 1315, Edward de Bruce, the Scotsman who remarkably crowned himself High King of Ireland, took one look at the impregnable looking fortress and instead of trying to capture it instead decided that he would burn the nearby town of Dundalk to the ground. De Bruce's strategy was to try and cut off a ready supply of income for the Verdun family who ruled over the castle.

The castle was built in 1236 by Lady Rohesia Verdun and its earlier origins have a suitably treacherous beginning. The story goes that Lady Verdun offered her hand in marriage to any man who would design and build her a castle and when one architect took her up on the offer and built the structure, Lady Verdun took her husband to be up to their matrimonial bed to show him the fantastic views that they would enjoy as they lived out the rest of their lives together. The lady then promptly pushed the architect out the window to his death onto the rocks below.

Today this window is now known as "the murder window." Beware of ladies who get what they want!

For centuries the castle was ruled by the Anglo-Norman Verdun family. This was the Verdun's seat of power their center of control as they ruled over the local peasants. They taxed the backs off the local tribes in return for the locals being allowed to keep their heads on their shoulders. 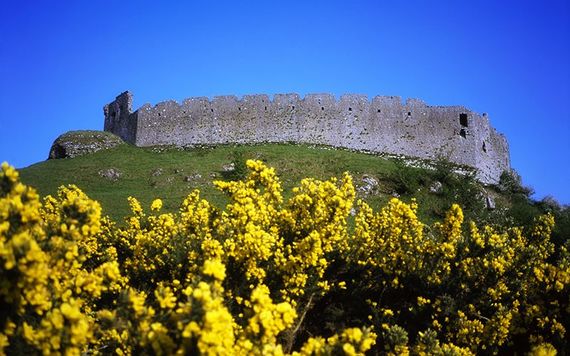 The area was chosen as the location for the castle because of its strategic importance, it controlled a vital pass into South Armagh and into an area known as “The Pale”. The Pale was a rebellious land that the Anglo-Normans feared. The local Gaelic tribes were seen as ungovernable savages hellbent on bloodthirsty revenge on their Norman invaders. To the Normans, these savages needed to be kept out at all costs.

To anyone who’s into the TV series Game of Thrones, we were the original wildings. We've all heard of the saying 'he', 'she', or 'that' is "beyond the pale" meaning something that is far beyond the bounds of acceptable behavior. Our ancestors gave birth to these sayings and so much more.

Myths and legends at Castle Roche to modern times

The hinterland surrounding the castle, in particular, the South Monaghan, South Armagh, and North Louth areas were originally joined up as one Kingdom known as the Oriel Kingdom. The ancient terrain surrounding the castle has been touched by the fingertips of many a legendary figure: fighters, warriors, poets, have left an indelible imprint on the spirit of the area. 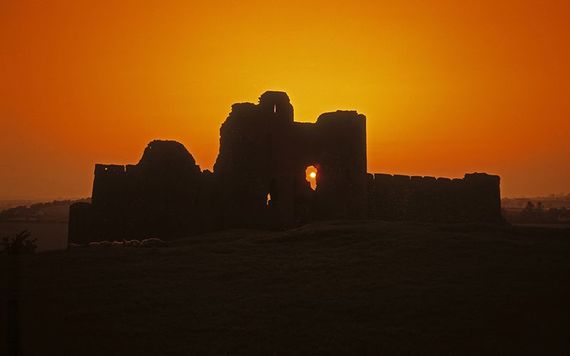 This was the land of Chuclainn, Finn McCool, Bards, and writers. More recently, a short distance away during what became known as "the troubles" local fighters fought the might of the British Army to a standstill. Stone-built fortresses had been replaced by metal barracks, arrows, and swords by barrack busters, M60s, and Chinook helicopters. The world had moved on in 800 years but not by as much as we'd like to think.

A walk around Castle Roche

As you walk into the castle grounds what initially strikes you is the remarkably preserved caste walls with suitable slits for bowmen to fire their arrows and rain all sorts of objects down upon helpless attackers. Standing here it is easy to conjure up images of archers in this impregnable fortress, raining down their venom upon the unfortunate attackers below. Castle Roche is undoubtedly a place where many a man met a gruesome end.

The unusual triangular layout of the castle is in fitting with the rocky outcrop on which the fortification was built on. At one time there would have been a bailey, meaning an outer perimeter defensive wall, but all that is left of this now is some marks and contours in the ground where this bailey would have resided. Inside the grounds of the building. A small square indentation in the ground sets the mind racing as to its original purpose and my vast imagination settles upon some bleak dungeon where some poor unfortunate’s cries would have echoed hopelessly into the County Louth air. Another contour on the ground is supposedly where a well would have been located. Armies could have withstood most sieges if they had a ready supply of water.

There is also the grand banquet hall where the feudal lords of the area would have enjoyed grand feasts made up of some of the finest meats of the day including, venison, pork, chicken, and fish. In the 16th century, the English Army from all corners of Ireland met up for a lavish feast that was held at the Castle. Nowadays the banquet area is overgrown with grass but the interior walls that stretch deep into the sky are a reminder of the halls former glory days.

Eventually, in 1641 the castle was laid to waste by Oliver Cromwell as his forces decimated the Irish countryside, but in spite of years, the splendor of the building's former glory years remains intact. These places were built as a symbol of strength, power, and dominance over the local population. Look at us, if we have the strength and power to build something like this imagine what we could do to you. Pay up or else.

But the legacy of our ancestor's struggles lives on too. The folktales, battles, and toils of our forefathers have left an indelible imprint on our DNA. We can't escape the clutches of the past; it pulses through our veins whether we want it to or not. To the north Castle Roche looks towards Slieve Gullion Mountain. An ancient slab of volcanic rock carved out by nature's implacable force. The Celts saw god's hand at work in creating the mountain and so at the very top of Gullion, 5,000 years ago, they built a passage tomb to commemorate and pay homage to their dead.

Perhaps the peak stretching 1,880 feet into the heavens made them feel closer to their departed loved ones. As you walk outside of the castle your eyes are instantly struck by the lush green and fertile grass that hugs nearly every inch of the rolling countryside. Beneath a moody grey-blue sky blossom trees blow and swoon with each breath of the wind. Birds chatter, call and sing their mysterious mating songs of romance. Jackdaws float and glide above the ruins keeping an eternal watch above this strategic strongpoint. Perhaps, maybe this abandoned relic of time is more alive than we might like to think? Yes, Caste Roche truly was built on gods own country.

For more writings from Seamus Hanratty visit contentwriterireland.ie or www.secretireland.ie