Life of High King Brian Boru to be major US miniseries

A television series on the life of Brian Boru, who defeated the Viking army at the Battle of Clontarf, is in the works. 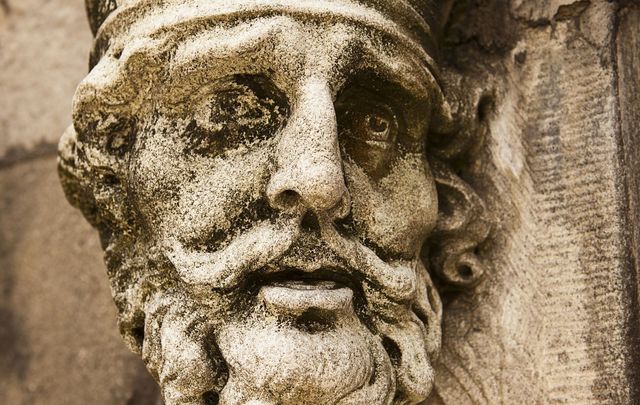 An old weathered statue of King Brian Boru of Ireland as seen on the outside of the Chapel Royal at the Dublin Castle. Getty

Another one to add to our binge-list! A television series on the life of Brian Boru, who defeated the Viking army at the Battle of Clontarf, is in the works

Brian Boru was an 11th-century Irish high king famous for defeating a Viking army at the Battle of Clontarf in 1014. Legend has it he was slain in his tent as he prayed giving thanks to God for his victory.

The series is being adapted from the 1980 New York Times bestselling novel "Lion of Ireland" written by Morgan Llywelyn. The novel was a favorite of US president Ronald Reagan, who read it after his ancestry was traced to the Viking conqueror.

The rights to the novel have been acquired by Irish author Michael Scott and BCDF Pictures, an American production company behind "The Pirates of Somalia" and "Bachelorette," The Sunday Times reports.

Claude dal Farra, a producer for the upcoming TV adaptation, described the eight-episode series as “a bit of a hybrid between Vikings and Braveheart."

He said the series, which is currently at the development stage, will be shot in Ireland.

Publicity for the series describes Boru as “the man who liberated the Irish nation from centuries of Viking rule.”

The show will also focus on the women close to him. Boru had several wives, the best known of whom was Gormlaith.

Read More: The truth about High King of Ireland Brian Boru on the anniversary of his death

“It’s set in an age when women were the equals of men. Ireland was Christian but it was [under] Brehon law,” said Scott, who has written the pilot episode.

Scott told The Sunday Times that it has taken years to acquire the rights to the series, but there had been immediate interest from production companies.

What Irish legend would you love to see transformed into a TV series? Let us know in the comments section, below.

Read More: Brian Boru was an 11th-century Irish high king known for fighting a Viking army at the Battle of Clontarf.