Averil Deverell from County Wicklow was one of Ireland’s first woman barristers and played an important role in momentous changes both for Ireland and for women. 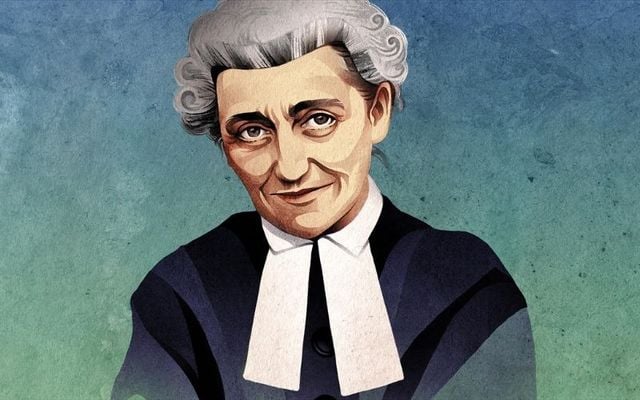 Averil Katherine Statter Deverell born in 1893, lived in Greystones, a coastal town in County Wicklow. During her life, Averil witnessed and played a firsthand role in momentous changes both for Ireland and for women.

Deverell's father was a solicitor who would become Clerk of the Crown and Peace for County Wicklow, and her mother was the daughter of a London solicitor.

She attended Trinity College Dublin in 1911, a few years after it opened its doors to women in 1904, and was awarded a Bachelor of Laws.

Graduating in 1915, in the middle of World War I, she served as a VAD Nursing Sister at Trinity and in Greystones. She went on to become an ambulance driver in France and she served with the French Red Cross.

Returning home she trained as a barrister and alongside Irish woman Frances Kyle, became the first woman to practise as a barrister in Ireland. Entering the closed, male, confines of the Law Library at the Four Courts in January 1922 she was the first, and for 18 months the only, woman there.

A keen amateur actress and golfer, Averil maintained a successful career as a barrister for the next four decades, retiring in 1969 as “Mother of the Bar”, commanding respect and affection in equal measure from her colleagues.

Averil Deverell died in 1979 and is buried at Redford Cemetery in County Wicklow.