The top five places to visit in Co Wicklow

Though perhaps small in size, Co Wicklow has plenty to explore. 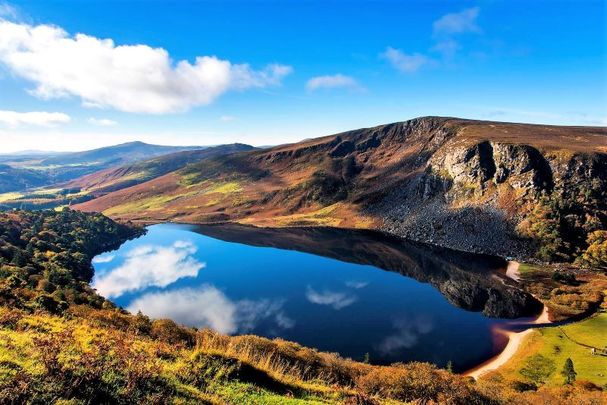 This lush green county nicknamed the “Garden of Ireland” is just 33 miles in length and 20 miles in breadth, but it certainly packs a punch.

This eastern county stretches from Bray, just south of Dublin down to Wexford in the south, Carlow in the southwest and Kildare to the north. The Wicklow Mountains are the largest continuous upland region in Ireland. The highest mountain in the range, Lugnaquilla, rises to 925 meters (3,035 ft), making Wicklow the second-highest county peak after Kerry.

Wicklow is a favorite spot for walkers and the Wicklow Way is the oldest waymarked, long-distance walking trail in Ireland. The area is also a big attraction for those who enjoy fishing. From historic houses and gardens, to ancient monasteries and some of the prettiest countryside you’ll see, Wicklow lives up to its nickname.

Here are our top five tourist attractions in Wicklow: 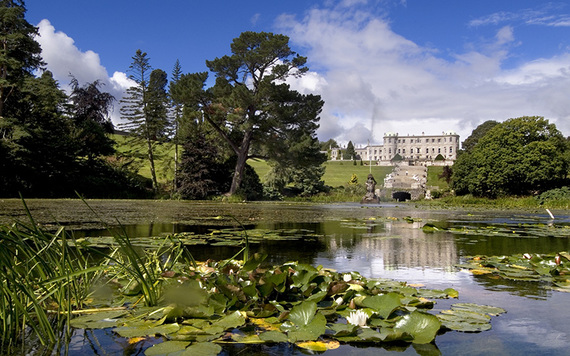 Powerscourt Estate, including the house, its landscaped gardens and surrounding woods and trails, is a major draw in the area for visitors. The property, 19 hectares (47 acres), also includes the Powerscourt Golf Club, an Avoca Handweavers restaurant, and an Autograph Collection Hotel.

Originally the family seat of the Viscounts Powerscourt, the estate has been owned by the Slazenger family, founders and former owners of the Slazenger sporting goods business, since 1961. The three-story house originally dating from the 13th century has at least 68 rooms. Outside the house the main attractions on the grounds include the Tower Valley (with stone tower), the Japanese gardens, winged horse statues, Triton Lake, a pet cemetery, Dolphin Pond, a walled garden, the Bamberg Gate and the Italian Garden.

Inspiration for the garden design followed visits by Powerscourt to ornamental gardens at the Palace of Versailles, Schönbrunn Palace near Vienna, and Schwetzingen Castle near Heidelberg. The garden development took 20 years to complete in 1880. 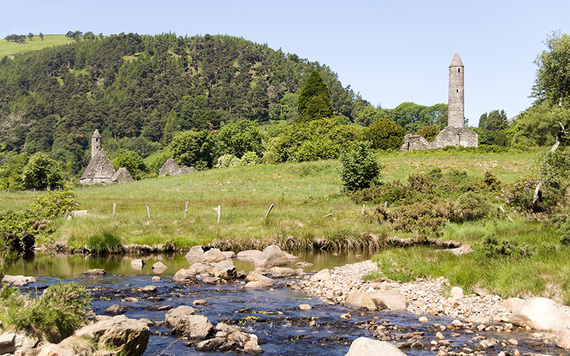 The Monastry City at Glendalough.

Glendalough is home to one of the most important monastic sites in the country. The early Christian monastic settlement was founded by St. Kevin in the 6th century and it eventually grew into a monastic city. The lakes and walking trails surrounding the monastic site are stunning and massively popular among the Irish and visitors.

Most of the buildings that survive today date from the 10th to the 12th centuries. Despite attacks by Vikings over the years, Glendalough thrived as one of Ireland’s great ecclesiastical foundations and schools of learning until the Normans destroyed the monastery in 1214AD and the dioceses of Glendalough and Dublin were united.

Some of the buildings on the site include St. Mary’s Church, the Priest’s House, the “Cathedral” – the largest church on the site, with a nave, chancel and sacristy (11th and 12th C) – and St Kevin’s Church. 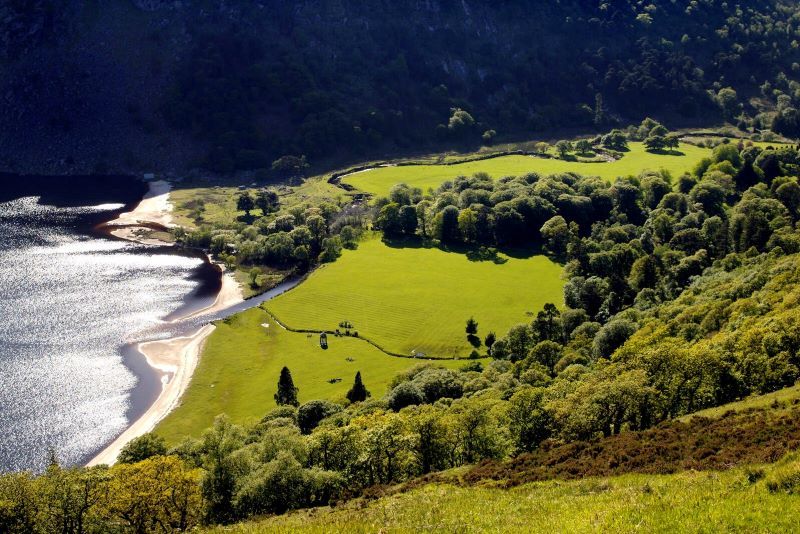 Wicklow Mountains National Park is a 220-square-kilometre (54,000-acre) protected area, one of six national parks in the country. The park stretches through County Wicklow as well as small areas of South Dublin and Dún Laoghaire–Rathdown, in County Dublin

The park contains a variety of attractions that are popular with city dwellers seeking recreation, and areas visited by tourists and history enthusiasts. Chief among these are the historic sites at Glendalough (see above), the Education Centre in Bolger's Cottage, on the Miners' Road by the Upper Lake, Glendalough itself, and remnants of mining villages.

Recreational activities available within the park include walking and hiking, rock climbing, rowing, diving, limited swimming and fishing. The variety of habitats found in the park ranges through blanket bog, deciduous woods, coniferous woods, upland grassland, heath, exposed rocky areas and scree. Less than one hour from Dublin and you’re in the middle of the countryside. 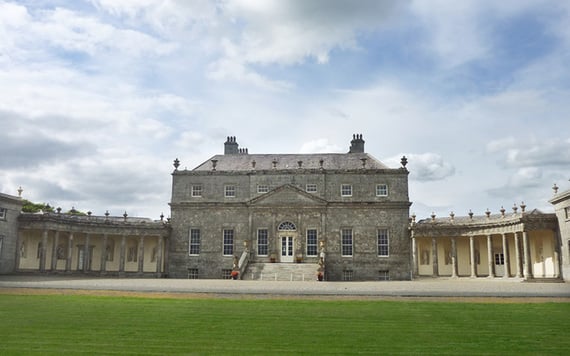 Russborough House, a fine example of Palladian architecture, is situated near the Blessington Lakes and between the towns of Blessington and Ballymore Eustace. It is reputed to be the longest house in Ireland, with a frontage measuring 210 meters (700 feet).

It was designed by Richard Cassels for Joseph Leeson, the 1st Earl of Milltown, and built between 1741 and 1755. The interior of the house contains some ornate plasterwork on the ceilings by the Lafranchini brothers, who also collaborated with Cassels on Carton House at Maynooth in County Kildare. Visitors can enjoy guided tours of this exquisite mansion with its collections of paintings, antique furniture, silver, porcelain and tapestries.

For families, Russborough has a 20,000 sq. ft. head high maze, a lovely fairy trail for youngsters and a playground for children up to 12 years of age. There are beautiful parkland walks with information boards providing facts on the local flora and fauna.

The Mill at Avoca Village 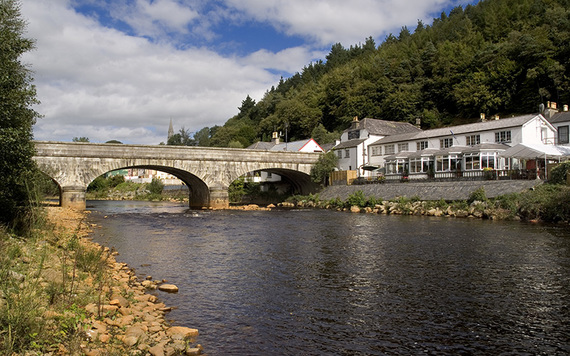 Avoca Handweavers, known simply as Avoca, is a clothing manufacturing, retail and food business. It is the oldest working woolen mill in Ireland and one of the world's oldest manufacturing companies. It is also Ireland's oldest surviving business.

The mill on the banks of the fast-flowing River Avoca survives from at least 1723. Travel to and from the remote village was difficult and a barter system was used. The mill was used for grinding corn for bread and spinning and weaving wool.

Managed now by two generations of the Pratt family, Avoca continues to develop with several large retail outlets around Ireland. The Avoca Café Cookbooks have also proven to be popular bestsellers. Avoca is also strongly associated with gardens and has several very rare trees in its Kilmacanogue (near Bray) grounds and one of Ireland's most famous gardens at Mount Usher Gardens in Ashford.