The ancient race who ruled Ireland and their magic harp

Before humans ruled the earth, the Tuatha Dé held the power of the Uaithne, a precious weapon. 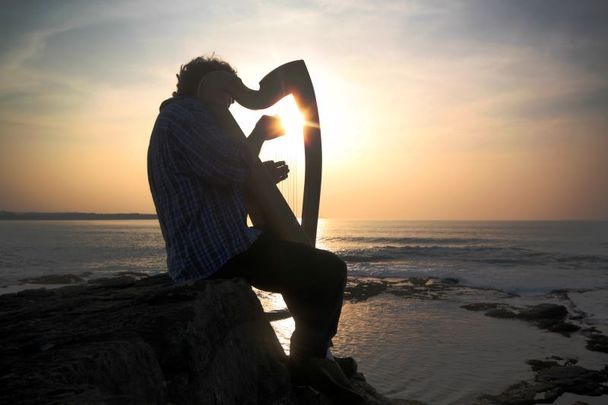 Before humans ruled the earth the Tuatha Dé held the power of the Uaithne, a precious weapon. Getty Images

According to our folklore, Ireland wasn't always ruled by humans. Many different races were said to once call Ireland their home. Easily, one of the most important of these is a group known as the Tuatha Dé Danann.

While human in their appearance, many stories tell of their fantastic powers and the epic battles that raged while they were in control of Ireland. To talk about them in great detail would take up half of this website's memory, so I thought I'd share a tale about one particularly important member of the Tuatha Dé, known as The Dagda.

The Dagda was the high priest of the Tuatha Dé.  He was very powerful and fought many battles ensuring that the Tuatha Dé emerged victorious against their enemies. He could also control the four seasons using a magic harp called Uaithne. When he wished, he would play a certain chord on this harp and the season would change from one to the next.

It was made of oak and was a visually powerful tool, helping to make the harp such a well-known image around Ireland. He would also bring Uaithne out to battle with him, as its chords would bring guidance and strength to The Dagda's men and ensure victory would come to them.

Of course, this power was not a secret and the mortal enemies of The Tuatha Dé Danann, The Formor, began to make plans to steal Uaithne away from The Dagda. They would learn its secrets and bring it out to battle themselves, hoping to defeat The Tuatha Dé and rule Ireland themselves. They launched an attack against The Dagda and during the battle, they broke into his lair and stole Uaithne away from him.

When The Fomorians got the harp back to their home they had great difficulty getting the harp to play any music. Any time they rang their fingers against its strings nothing was to be heard except for silence. They wasted their time trying to work out the problem, as The Dagda and Uaithne were linked, with The Dagda able to call it back to himself at any time and prevent others from playing it.

When he noticed it missing, he gathered a group of men and they made their way to The Fomorians. The Fomor spotted them but didn't have much time to react. The Dagda called out to Uaithne and it sprang to life and flew through the air towards The Dagda, killing nine Fomorians. He grabbed Uaithne and played three chords. The first made all The Fomorians burst into tears and collapse in despair. The second made them erupt into laughter and toss their weapons aside. The final chord sent them all into a slumber, allowing The Dagda and his men to escape unharmed.

The harp is one of our most well-known national symbols and it is stories such as these that ensure that its legacy stays strong in Ireland.