The pen, made up of a hollow bone barrel with a copper-alloy nib inserted into the end, is thought to be the oldest pen of its kind ever discovered in Ireland. 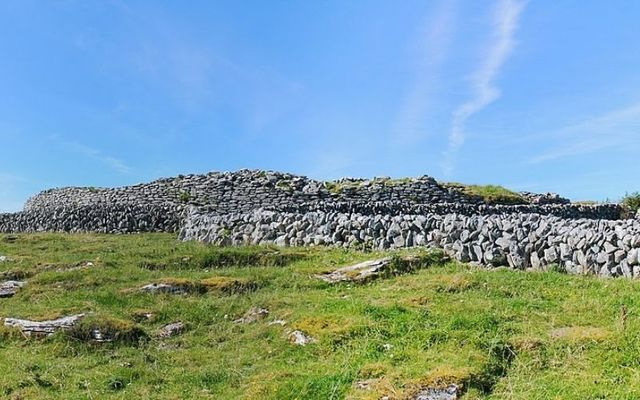 An Irish archaeologist has uncovered the oldest ink pen in Ireland during excavations in the Burren in County Clare.

Dr. Michelle Comber of the School of Geography, Archaeology, and Irish Studies at NUI Galway discovered the pen while carrying out excavations at Caherconnell Cashel, a settlement in the Burren dating back to the late 10th century.

The settlement, which was used continuously until the start of the 17th century, was home to wealthy local rulers who built their income on successful farming and trade.

Dr. Comber, along with the Caherconnell Archaeological Field School, discovered the pen in an 11th-century layer inside the settlement.

The pen is made up of a hollow bone barrel with a copper-alloy nib inserted into the end and caused a commotion when it was discovered as it is thought to be the oldest pen of its kind ever discovered in Ireland, while it also points to evidence of early literacy in Irish society. Almost all evidence of early literacy in Ireland is associated with the Catholic Church.

With that in mind, researchers were reluctant to believe that the pen was authentic and created a replica to test whether it could have functioned as a pen.

Adam Parsons of Blueaxe Reproductions manufactured a replica and confirmed that it works perfectly as a dip pen.

Dr. Comber said that the discovery exceeded all expectations and "expands the history of literacy in Ireland".

"The Caherconnell Archaeology project has been a hugely rewarding one, with many unexpected and exciting discoveries along the way. This find has, however, exceeded all expectations, revealing the tantalizing prospect of an advanced secular literacy in 11th-century Ireland," Dr. Comber said.

Historian Tim O'Neill told the Irish Independent that the pen discovered in Caherconnell would have been ideally suited to fine work, such as the drawing of fine lines.

"A metal pen from such an early date is still hard to credit," he said. "But the fact that it functions with ink is there to see. It would have worked well for ruling straight lines to form, for instance, a frame for a page."

The pen may have been used to record family lineages and trade exchanges as opposed to the feather quill that was generally used to copy and create ecclesiastical texts.