Kennedy faced allegations that his Catholic faith would undermine his ability to lead the United States and addressed a gathering of Protestant ministers. 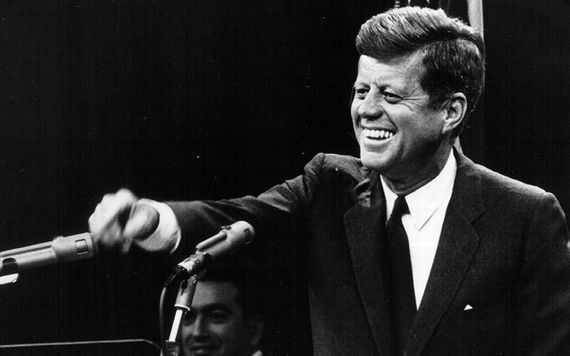 On this day in 1960, John F. Kennedy delivered a famous speech to the Greater Houston Ministerial Association, a group of Protestant ministers, addressing the issue of his Catholic faith and its impact on his decision making.

Kennedy was in the midst of a closely-fought election campaign with Republican opponent Richard Nixon and faced allegations that he wasn't fit to serve as President due to his Catholic leanings.

In an attempt to put those allegations to bed, Kennedy took the bold step of addressing his faith in front of a Protestant audience in Texas.

The speech is a microcosm of life in America in the early 1960s, with Kennedy referencing everything from the Red Scare to the increasingly influential Space Race.

However, the issue of religion is by far the most illuminating aspect of the fascinating speech and a true sign of the times Kennedy lived in.

It is unfathomable to think of a modern-day presidential candidate being forced to stand before a room full of skeptical religious leaders and argue that their faith would not impact their decision making, yet that was exactly what Kennedy was forced to do.

Kennedy himself, however, recognized that there were far more important issues afoot than his Catholic faith, and tried to remind the Greater Houston Ministerial Association (GHMA) of that fact.

"While the so-called religious issue is necessarily and properly the chief topic here tonight, I want to emphasize from the outset that we have far more critical issues to face in the 1960 election," Kennedy said to the GHMA.

The presidential hopeful referenced the spread of communism into Cuba, the United State's embarrassment in the Space Race, and the growing issue of poverty across America, particularly in West Virginia.

He labeled America as a country with "too many slums" and "too few schools", and argued that these were the real issues facing America, not a presidential candidate's religious background.

But Kennedy recognized that it was his religious background that drew so many Protestant ministers to the town hall and addressed the issue, claiming that he believed in the separation of church and state in America.

"I believe in an America where the separation of church and state is absolute, where no Catholic prelate would tell the president how to act, and no Protestant minister would tell his parishioners for whom to vote," Kennedy told the partisan audience.

He said he believed in an America where no religious body was able to influence government officials or impose its will on the general populace.

Kennedy told the GHMA that he believed in religious freedom for all and said that every religious group would have the same opportunities if he was elected president.

He pointed to his own record in Congress, where he had stood against an Ambassador to the Vatican and against unconstitutional aid to Catholic schools, as proof that he would remain unbiased if elected president.

"I ask you tonight to follow in that tradition, to judge me on the basis of my record of 14 years in Congress," Kennedy implored the watching audience. " instead of judging me on the basis of these pamphlets and publications we all have seen that carefully select quotations out of context from the statements of Catholic church leaders, usually in other countries, frequently in other centuries."

Finally, Kennedy concluded his fascinating speech by telling the audience that if he lost the election because of his religious background, then America would be the real loser.

The speech is a fine example of Kennedy's progressiveness at a time when religious discrimination and persecution were still rampant in parts of the US and it acts as a treasure trove of historical information and context.

You can watch the full speech here, at the John F. Kennedy Presidential Library and Museum.