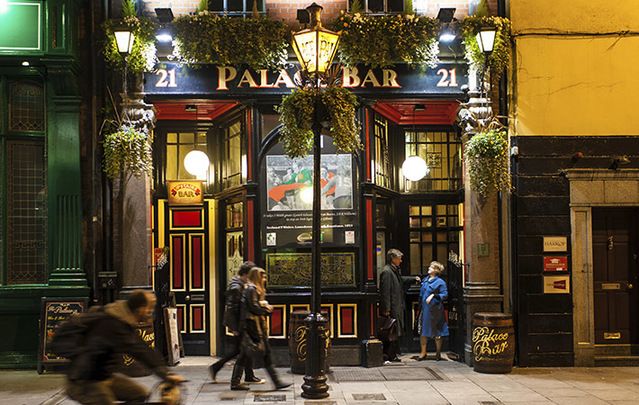 From the "round system" to tipping and closing time, our guide to the ins and outs of pubs in Ireland. iStockphoto

The pub is the center of the social universe in Ireland. It's much more than just a drinking place - it's where families mark births, deaths, birthdays and christenings, and where sports fans congregate to cheer on their teams. Many an Irish couple first met in the pub.

When tourists come to Ireland, they often spend a lot of their time in pubs and the possibilities for pub etiquette misunderstandings are endless. There are a number of practices to be aware of.

With this in mind, Irish Central has come up with a guide to pub etiquette, to help avoid red faces all around!

The moral of the story? Probably the worst thing you can do in a pub in Ireland (aside from belting out a few bars of “God Save the Queen”) is shirk from the responsibility of rounds.

An important point for couples to note: just because you are together, and you love one another very much, doesn’t mean you are a single entity when it comes to drinking. (Unless of course, you are sharing the same drink.) For the purposes of rounds, you are two, distinct people. Meaning you both have to get a round in.

Especially in rural areas where there are music sessions on, the pub is a place for the entire family to enjoy. So don't bother complaining to the barman if you see kids running around the place.

During the week, pubs serve until 11.30 pm. On Fridays and Saturdays, it's 12.30 am, and on Sunday, it's 11.00 pm. In all cases, there is a half-hour "drinking up time." At the weekends, because most of the pubs close at the same time, the towns and cities get very crowded at about 1.00 am - making it a challenge to get a taxi home.

Another peculiar law concerning drinking in Ireland is that technically, it’s an offense to be drunk in public, so mind yourself on the way home!

If during your time in Ireland you get to be part of a lock-in, you can rest assured you did something right to impress the locals. Lock-ins are what happens when the pub has officially closed for the night but nobody is quite ready for the good times to end. The pub owner or bartender in charge that night will quietly invite friends, regulars or, if you're lucky, a new face who made a good impression, to stay on for a few rounds after the doors have been locked and the windows shuttered. The idea is that once the pub is closed for the night it becomes private property...!

In the spirit of this loophole, some bartenders will insist you pay for any drinks you plan to have during the lock-in in advance, so no money is exchanged after closing time, or that all transactions be done in cash. If it's just a group of a few close friends, however, the drinks might even be on the house - a way for the owner to unwind and have a bit of a night out after a night's work.

Read more: The best Irish pub outside of Ireland according to you