Are your Irish ancestors in this Kilmainham Jail autograph book from 1916?

Kilmainham Jail's prisoners' autograph books from 1916 offer a compelling insight into the minds of the men during the Easter Rising. 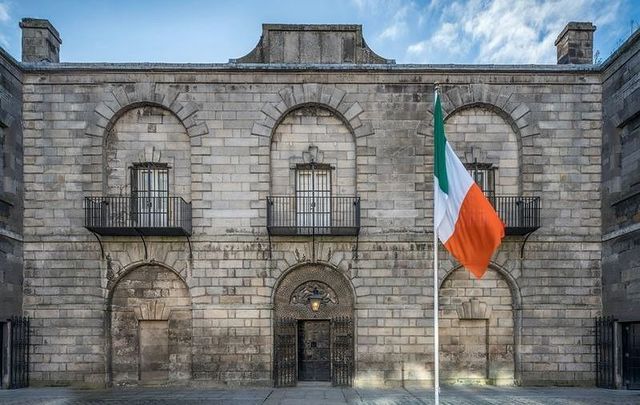 The autograph book is one of the most requested items at Kilmainham Jail in Dublin.

A collection of autograph books owned by prisoners during the 1916 Easter Rising was published online in 2017. The Office of Public Works says the books are among the popularly requested items when people visit Kilmainham Museum Gaol in Dublin.

Autograph books were commonly used in the early 20th Century and people filled them with the signatures of friends and families, newspaper cuttings, drawings, poems, among other things. In total, Kilmainham Gaol houses a collection with 12,000 names from the year of the Easter Rising in 1916 to just after the end of the Irish Civil War in 1923. 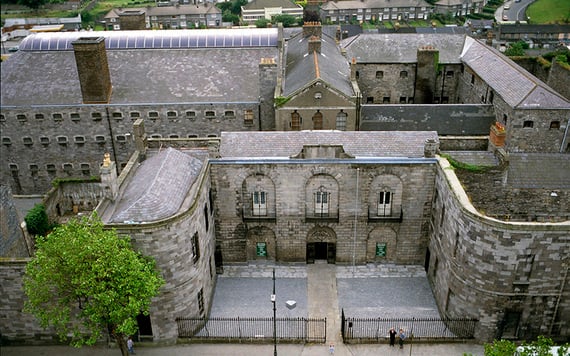 An aerial shot of Kilmainham Goal, in Dublin.

Many were written in Frongoch, Wales where many of the men involved in the Easter Rising – including Eamon de Valera – were taken after surrendering. Others were written from Irish jails, including Mountjoy, Dundalk, and Mountjoy.

Quotations written into the books include one from Robert Emmet: "When my country takes her place among the nations of the world, then, and not till then, let my epitaph me written.”

Interestingly, one includes the German phrase “I Serve,” which has traditionally been the motto of the Prince of Wales and the Royal Welch Fusiliers (a battalion of the British Army that served at Gallipoli and Passchendaele during WWI). The signature is from an M. Carolan of Belfast. There is no explanation as to why he would have felt like including such a phrase.

In among plenty of Irish language notes he also includes this drawing of a grave of a German soldier who died from his wounds at the Battle of Ypres in 1914.

In keeping with the Rebels' aim of bringing about a revival in the Irish language – which they viewed as a cornerstone of Irish culture – large numbers of entries are written in Irish. But even if you’re fluent you might have a few problems reading them as they’re written in the old Gaelic script that went out of use half a century ago.

One prisoner wrote "Beidh Éire Gaelach Arís” or “Ireland Will be Gaelic Again.”