Dr. James Watson helped unravel the structure of the DNA, one of the biggest scientific breakthroughs of the 20th century. 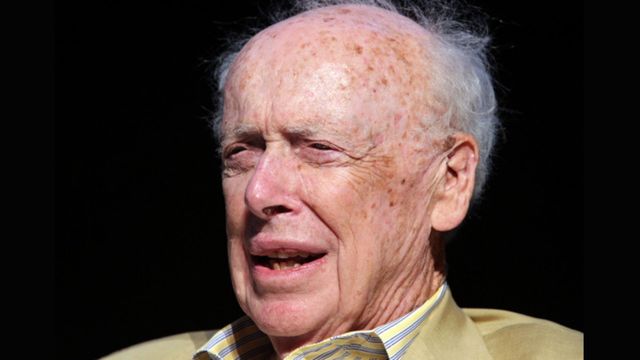 The discovery of DNA was a major event in the world of science, but did you know an Irish man had a part to play in this moment in history?

DNA is the carrier of all genetic information and contains vital information that’s passed down from one generation to the next. It was first discovered in 1869 by Swiss researcher Friedrich Miescher, who was originally trying to study the composition of white blood cells but instead he isolated a new molecule he called nuclein (DNA with associated proteins) from a cell nucleus.

It wasn't until 1953 when Dr. James Watson co-authored with Francis Crick the academic paper proposing the double helix structure of the DNA molecule, that we got a better understanding of this important element that makes us who we are. Together they unraveled the structure of the DNA, one of the biggest scientific breakthroughs of the 20th century. Dr. Watson was still only a student at Cambridge University at the time. He would later receive a Nobel Prize in Physiology in 1962.

Dr. Watson was born in Chicago in the US and was a third-generation Irish American with roots in County. Tipperary. His great-grandparents had emigrated to Ireland in the 1840s, settling in Ohio and later moving to Indiana and Watson was deeply proud of his Irish ancestry

Today, Dr. Watson is 93 years old and holds many honors in his name. In 1977, he received from President Ford the Medal of Freedom followed by Queen Elizabeth II making him an honorary Knight of the British Empire in 2002. And in 2011, he became an inductee to the Irish America Hall of Fame.