Find out more about the story of the Moynahan name, its famous clan members, and other interesting facts. 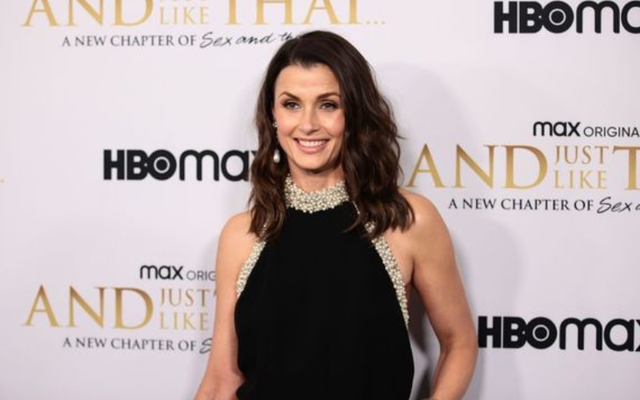 Bridget Moynahan is a model/actress from Binghamton, New York, best known for her role in Blue Bloods. Getty

Everything you need to know about the Irish surname Moynahan - its meaning, origins, interesting facts, and famous people with the last name Moynahan.

Originally anglicized from the Gaelic Ó Muimhneacháin, Moynihan is a principal surname in the province of Munster. The name, derived from the phrase ‘descendant of a Munsterman,’ can be found primarily in counties Kerry and Cork.

The surname has evolved to a startling variety of forms including Minihan, Minaghan, Moynaghan, Myneghane, Minighane, Munninghane, Minihane, Minnagh, and Moyna. In County Mayo, the name for many was changed to its more literal meaning, Munster.

Though descendants of the clan are found primarily in Munster itself, the name exists in great numbers now in the United States. The majority of these Moynihans came to the States during the Great Famine, many of whom are known to have traveled via the ship Hampden, which sailed from Liverpool to New York in December of 1846.

The name was first found on written records in the census from the year 1659, found to be at the time the most popular surname in the Barony of Tulla. However, the name was in existence for some time before that. In the 16th century, Michael and Mortimer Moynihan of Skibbereen were famous rebels. The name is mentioned in The Four Masters, the ancient chronicle of medieval Irish history, dated around the year 1220.

Maurice Gerard Moynihan (1902-1999) was a co-drafter of the Constitution of Ireland in 1937. A lifelong civil servant, his career involved time as the secretary of the government of the Irish Free State and private secretary to Taoiseach Eamon de Valera, and governor of the Central Bank of Ireland. He lived to the age of 96 and is still remembered for his influential work during the early formative years of the Irish government.

Another public servant and politician was Irish-American Daniel Patrick Moynihan (1927-2003). A U.S. senator from New York, Moynihan served for over 30 years in the Senate. He was the United States Ambassador to the United Nations under the Ford administration. In 2004, Mayor Bloomberg of New York City announced plans to construct a new railway hub in Manhattan which would be named for the late politician.

Colin Moynihan (1955-) was a member of the English Parliament following his career as an Olympian. A coxswain for the British rowing team, Moynihan won a gold medal in the World Rowing Championships in Copenhagen in 1978 and a silver two years later at the Moscow Olympics. He began his political career as Margaret Thatcher’s Minister of Sport before being elected to Parliament in Lewisham East, a position he held until 1992. He is now the chairman of the British Olympic Association, planning for the 2012 London games.

This issue’s cover story, Brian Moynihan, is the president of Global Banking and Wealth Management for the Bank of America Corporation. Named to his position in January of 2009, Moynihan’s experience in banking is evidenced by his years in the field and his accumulation of high-level positions at both FleetBoston Financial Corporation and Bank of America.

In the art world, John Minihane (1946-) is an Irish photographer known best for capturing some of Ireland’s most famous literary faces. His recent exhibit in Kildare included many black and white photographs of writers like Samuel Beckett, Edna O’Brien, and Martin McDonagh. Born in Dublin, Minihane was raised in Athy. It was Minihane’s photographs of Athy that would capture Beckett’s attention long enough for the reclusive writer to agree to be photographed.

Bridget Moynahan (1971-) is a model/actress from Binghamton, New York. A steady career behind her, the young actress has appeared in films with stars like Will Smith and Nicolas Cage. Another actor, Bobby Moynihan (1977-) joined the cast of Saturday Night Live in 2008. He was a regular sketch comedian on Late Night with Conan O’Brien and continues working with the Derrick Comedy group for theater and Internet sketch comedy routines.