Explore the history of the Irish surname Molloy and the famous clan members. 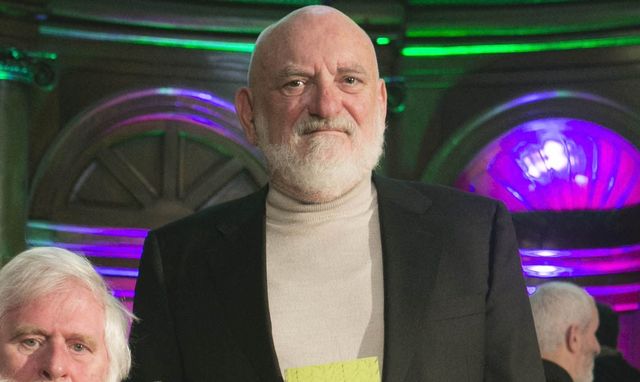 The name Molloy is thought to derive from the Gaelic word for the chieftain.

The Mulloys, Milloys, or Malloys are historically associated with County Offaly. The name derives from the Gaelic "O Maolmhuaidh" meaning "(from the) noble chieftain". The clan is that of the Southern O'Neills, descended from Niall of the Nine Hostages who was King of Ireland in 371 AD.

The name is now found mainly in East Connaught and Offaly. Unlike the O'Malleys, the O has been almost completely dropped by this family and it is unusual to find an O'Molloy or O'Mulloy in Ireland.

The Mulloy/Molloy family have produced several significant scholars, one of whom, Francis Molloy, would have been in a very good position to explain the origin of the family name. Born in Meath in the early 1600s, he became a priest and later a professor of theology at St. Isidore's College in Rome. He was also a scholar of the Irish language and produced the first Irish language catechism of church doctrine in 1676, and also the first printed grammar of the Irish Language, Grammatica Latino-Hibernica. Charles Molloy (1646-1690) was a celebrated legal writer who compiled a seminal work on marine law, De Jure Maritimi et Navali.

Ironically, the lesser scholarly writings of James Lyman Molloy (1837-1909) are far more commonly known than those of his eminent clansman. Although educated as a lawyer, his fame was made as a songwriter, and his songs, which are still very popular today, include "Bantry Bay" and "Just a Song at Twilight".

Another Molloy is carrying on the clan's musical legacy today - Matt Molloy of the internationally renowned Chieftains.

The most famous of the O'Malleys is, undoubtedly, Grace O'Malley (1530-1600) or Granuaile as she was popularly known. The O'Malleys were famous seamen and Grace, in the course of two marriages, to an O'Flaherty and Richard Burke, the chief of the Mayo Burkes, became a sea-captain and is mentioned in many of the dispatches of the Elizabethan navy.

She on one occasion visited Queen Elizabeth in London and is said to have insisted on her right to address her on equal terms as one queen to another. Also known as the "nurse of all the rebellions in the province [of Connaught] for 40 years," she evaded capture by fleeing her native Connaught to the safety of the Ulster O'Neills.

She was pardoned by Queen Elizabeth and returned to Mayo, where she is said to be buried on one of the islands in Clew Bay. The documents drawn up to support her case for a pardon still exist in London and provide a remarkable level of detail about the life of this extraordinary woman.

Earnan or Ernie O'Malley (1898-1957) was another interesting member of the clan. As a medical student, he joined the Irish rebels in the 1916 rising, and in the subsequent fighting, he was wounded several times. After the Civil War, during which he was again seriously wounded, he left Ireland and traveled extensively for ten years. He then began a career as a writer and a broadcaster; his best-remembered novel, On Another Man's Wound, was published in 1936.

Donogh O'Malley (1921-1968) was an engineer and practiced in this capacity in his native Limerick until elected to the Dil (the Irish Parliament) in 1954. He served in various roles and in 1965 was made Minister of Education. In this role he made history by introducing free second-level education and free school transport. He also proposed a plan to merge Trinity College and University College, Dublin. This very controversial plan was cut short by his sudden death.

His nephew Desmond O'Malley, also a member of the Dil, founded the Progressive Democrats party in 1985 and served as the first party leader until 1993. On this side of the pond, all baseball fans know of the O'Malleys of Dodgers fame. Walter O'Malley bought the Brooklyn Dodgers in 1950, eventually relocating the team to Los Angeles. He passed the torch to his son Peter, who assumed the presidency in 1970. When the O'Malley family sold the team in 1998, they held the record for the longest ownership of a baseball team in major league history.

Read more: What do the names of Ireland's counties mean?