Check out the story of the Irish surname Doherty, its family crest, coat of arms, and famous members. 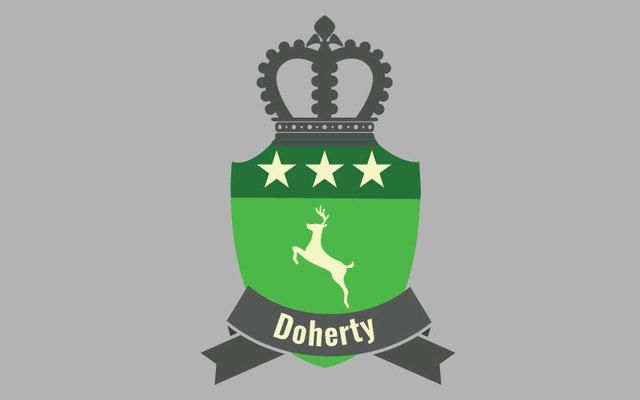 Everything you need to know about the Irish surname Doherty (O'Doherty) - its meaning, origins, interesting facts, and famous people with the last name Doherty.

"Ar nDutcas" or Our Heritage

The Doherty / O’Doherty family is an Irish clan based in County Donegal. Like clans, the O’Dohertys are divided into many septs and regional families.

In the modern-day, there are over 250 variations in the spelling of the name Ó Dochartaigh.

The O’Dohertys are named after Dochartach (c. 10th century), a member of the Cenél Conaill dynasty which in medieval Irish genealogy traced itself to Niall of the Nine Hostages (see Uí Néill).

In Munster, O'Doherty is often a different surname, Ó Dubhartaigh, which has sometimes been anglicized as Doorty in County Clare.

The O’Doherty clan and family name is one of the most ancient in Europe. The clan traces its pedigree through history, pre-history, and mythology to 2BC.

Are you a member of the Doherty clan? Let us know in the comments, below!