Irish American genealogists Kate and Mike Lancor share their tips on discovering your Irish roots and how to find where your ancestors lived in Ireland. 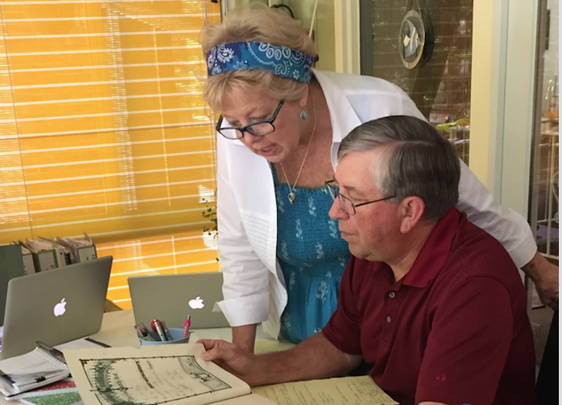 Proud owners of Irish roots around the globe dream of walking in their ancestor's footsteps and finding their ancestral home in Ireland.

We can tell you from our personal journeys to Ireland that “walking in the footsteps” of your ancestors can be a very emotional and humbling experience. It will elicit emotions that will tug at your heartstrings as you discover why your Irish ancestors left such a beautiful country to begin building a new life in the United States, Canada, Australia, or other corners of the world.

Here are our tips on how to find out where your ancestors lived in Ireland.

It is no secret that in the last decade more and more genealogy records have become available online for both the Republic of Ireland and Northern Ireland. This release of new records has been accompanied by an enormous increase in the number of people submitting DNA samples in an effort to connect with long-lost cousins. As a result, there has been a surge in the number of people traveling to Ireland in an effort to find where their Irish ancestors lived.

Unfortunately, pinpointing exactly where one’s Irish ancestors lived can be a real challenge which often leads to the proverbial brick wall where the chase seems to hit a dead end.

The primary reason for this is the nearly complete loss of census records in Ireland. With only fragments surviving, the Irish censuses taken in 1821, 1831, 1841 and 1851 went up in flames when the Public Records Office was destroyed by fire on June 30, 1922, during the Irish Civil War.

The only Irish census records available online are those from 1901 and 1911. Image how difficult it would be to chase one’s ancestors in the U.S. or elsewhere if census records were only available for 1900 and 1910.

The loss of census records in Ireland from 1821 through 1891 has made it imperative that in order to find where your ancestors lived in Ireland, you must first find out as much as you possibly can about them in the U.S. or other countries to which they emigrated.

Before starting to search Irish records, one needs to discover information such as:

So how does one go about uncovering such information?

The next step would be to use online websites such as Family Search, Find A Grave, Billion Graves, Ancestry.com, Newspapers.com, My Heritage, Genealogy Bank, etc. Some of these websites are free while others are subscription only.

Zero in on your Irish ancestors

Let’s take a look at how you can zero in on the seven bits of information you will ideally uncover about your Irish ancestors.

Names of your immigrant ancestors

You need to dig far enough back in time so you uncover the names of your ancestors who were born in Ireland.

Approximate year of birth and/or marriage

This is always an interesting challenge. Don’t be surprised if your ancestor’s age fluctuates by up to 10 years over the course of time.

You need to make note of each record so you can come up with a span of time for your ancestor’s birth and/or marriage in Ireland.

Span of years for immigration

Beginning in 1900, U.S. Census records asked immigrants to state the year they immigrated to the U.S.

Take note of any variation in years to create a span of possible immigration years. Prior to 1900, try to determine the earliest year in which you can find a record for your immigrant ancestor.

You will then know they immigrated during or prior to that year. 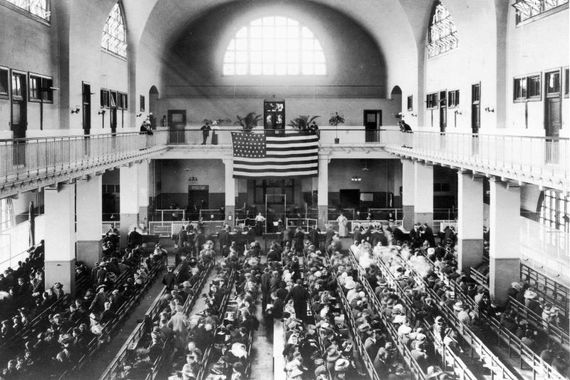 Names of one or both parents of your immigrant ancestor

This is a critical piece of information.

Death certificates are the best source for parents’ names, while obituaries, marriage records, and family history notes should also be searched.

Surname of mother an absolute plus

If you are lucky, the death certificate for your immigrant ancestor will give his or her mother’s surname.

If not, you may be able to identify a sibling or relative of your ancestor that will lead to his or her mother’s surname.

Names of siblings or other relatives

Censuses, obituaries, cemetery plot cards, baptism and marriage records are examples of records that may reveal the names of your immigrant ancestor’s siblings, aunts, uncles or cousins.

You may be able to chase one of the relatives back to a specific location in Ireland, thus finding the home townland or parish of your direct ancestor.

Finding out if your Irish ancestor was Catholic or Protestant will allow you to identify the types of church records to search in Ireland.

This can eliminate a number of records that you do not need to search.

County where they lived

Identifying the county in Ireland where your immigrant ancestor lived will make searching for him or her in Ireland much easier.

Don’t ignore family lore when it comes to this piece of information. Unfortunately, census records and death certificates typically just identify the place of birth as Ireland.

Sometimes the county in Ireland where an individual was born or lived will appear on a gravestone or cemetery log.

Ship manifests, military records and passport applications may include a county in Ireland where your ancestors lived.

It is very unlikely that you will be able to find all of the information noted in this article for any given Irish ancestor. However, the more information you can uncover the better your chances of pinpointing his or her home townland in Ireland. Once you have done that, you’ll need to start planning a trip so you can indeed “walk in your ancestor’s footsteps” on the Emerald Isle.

*Kate and Mike Lancor live in Moultonborough, NH, U.S. and have traveled to Ireland numerous times. They run a genealogy search business and can be reached on their website www.oldfriendsgenealogy.com or by emailing oldfriendsgenealogy@gmail.com. You can also visit their Old Friends Genealogy Facebook page. If you have “hit a brick wall” or simply don’t have time to “chase” your ancestors, then send them an email it see if they can help.