Princeton Professor unearths the sad “half-life” her family was condemned to due to the “wicked ideals of morality, propriety, and respectability.” 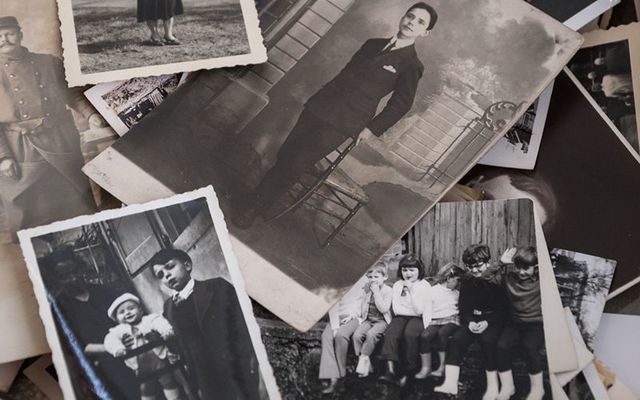 A Princeton professor discovered the sad “half-life” her Irish family were condemned to live due to a pregnancy scandal, a spurned girlfriend, and dark secrets that came spilling out

Clair Wills, a Professor of English at Princeton University who has close ties to Ireland, revealed the haunting secrets she learned about her Irish family in the "New York Review of Books."

Wills writes how the stillborn birth of her own son in 1996 spurred her into researching her own Irish ancestry, which led to to the discovery of dark family secrets.

During her research, Wills learned: “What I knew, or thought I knew, was that my mother’s eldest brother, Jackie, had got a local girl pregnant in 1954. Jackie was then in his mid-thirties and living at home on the farm with his mother; most of the younger siblings were by this time working in Dublin or in London.

"My mother (nearly ten years Jackie’s junior) was doing her nursing training at Whipps Cross, (in England) and she had to take several months out to go home and nurse her mother, who had reacted to news of the pregnancy with a sort of breakdown that everyone called a stroke.”

The pregnant girl Lily was shunned by Jackie’s mother not so much because she got pregnant, but because had a withered arm and was from a poorer farm, making her not worthy of marrying Jackie. Her decision set off historical consequences that last to the present day.

“Lily went into a home to have her baby; Jackie went to work in England, and he never came home again. The farm he was to inherit was destined instead for the second son, Stephen, who came back from Dublin to take over running it.”

Wills writes: “I felt outrage over my grandmother’s behavior. To destroy three lives (Lily’s, and the baby’s, but also Jackie’s) for the sake of some false—indeed wicked—ideals of morality, propriety, and respectability, some bogus notion of genetic inheritance: I could not accept it.”

Wills remembers in the 1960s and 70s visiting the Irish farm. Stephen, the brother who took over the farm who would have gone to England, was a kind and wise uncle she remembers. He died having never married when he was less than 50 years old. He lived a “half-life”, she says.

With all the relatives gone, Wills decided to track down Lilly's baby, her second cousin Mary. She learned that Lilly had her baby in Bessborough Mother and Baby Home in Cork and that later, when Mary was perhaps four years old, she moved to the Convent of Mercy, in Clonakilty, also in Cork.

Mary went to England to become a nurse after 16 years in the home. She fell in love with an Indian doctor who spurned her. Mary committed suicide.

Wills writes “All of the people involved in that mess in 1954, including my uncles, were condemned to live half-lives. While Jackie was consigned to laboring on building sites in England and an early death, Stephen was buried alive on the farm. And the half-lives lived by Lily and Mary are all too plain.”

She concluded “It is not what we know but how we know that matters. The difficulties I encountered in the 1990s in penetrating further into the half-understood story of my cousin and her parents were in part because of the secrecy that still surrounded them all those years later.”

So many secrets, so many stolen lives came down to Lilly’s withered arm and her father’s poorer land.