All the basics - and some fun facts - about County Leitrim. 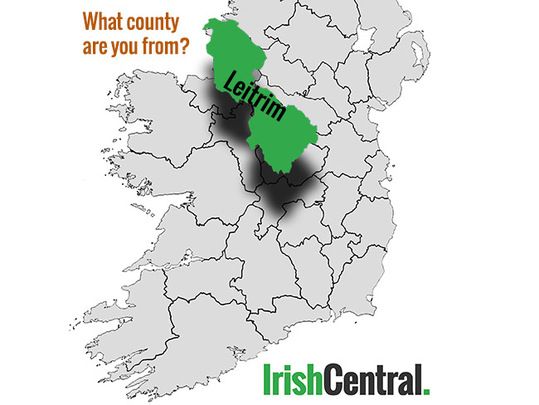 From the famous folks who call Leitrim home, to the county's history and the top attractions to visit on your next vacation. Here's everything you need to know about County Leitrim.

A brief history of County Leitrim

In ancient times Leitrim formed the western half of the Kingdom of Breifne, which from 1256 onwards was ruled over by the O’Rourke family. The O’Rourke’s heraldic symbol of the lion still has a presence in Leitrim’s official crest.

Normans invaded in the 13th century and occupied the southern portion of the kingdom, though the O’Rourkes more or less maintained control through the 16th century when modern-day Leitrim was carved out of the ancient Kingdom of Breifne.

In addition to the linen industry, Leitrim was also noted for its coal mining and mining of iron ore. The county’s last coal mine remained open until 1990 and now functions as a visitor center, the Arigna Mining Experience.

Though Leitrim is the smallest of Connacht’s five counties in both size and population (and the least populous of Ireland’s 32 counties), it should not be underestimated. Leitrim has many wonderful attractions and sights to behold.

Leitrim has a dramatic hilly and mountainous landscape in its northwest and is relatively flat in the southeast. Lough Allen divides the middle of the county. It is an unspoiled, tranquil area of great natural beauty, consisting of lofty mountains, deep valleys, pastures, lakes, rolling hills and rivers. The extreme northwest Leitrim has a short Atlantic coastline (3 mi) between Sligo and Donegal.

Carrick-on-Shannon, Leitrim’s county town, offers stunning views of the Shannon, fun nightlife and culture, and plenty of history with the Carrick Castle, Hatley Manor, and a workhouse and famine graveyard. The Carrick-on-Shannon Rowing Club has been in existence since 1827. Each August the town plays host to the annual August Holiday regatta.

In addition to the Arigna Mining Experience, visitors may also learn about Leitrim’s industrial history at the Sliabh na Iarainn Visitor Center, which offers exhibitions and interactive learning experiences about the trade activity between the two mountain regions.

The 50-feet-high Glencar Waterfall in Glencar Lough was a source of inspiration to William Butler Yeats. The surrounding area offers many peaceful and scenic walks and picnic spots.