Caitlyn Jenner celebrates her Irish roots on the Late Late

"My mother’s maiden name is Esther Maguire...Yes I have Irish ancestry." 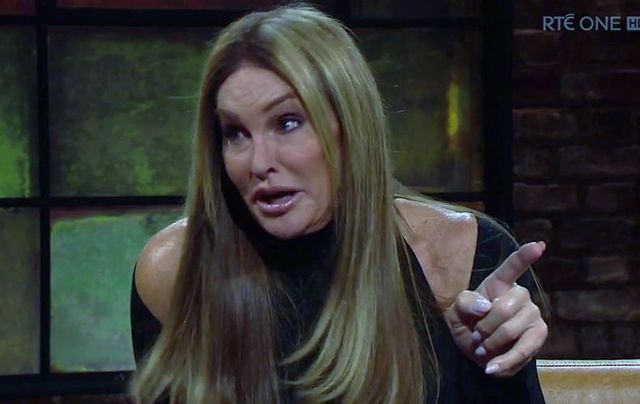 Caitlyn Jenner speaks about her Irish roots and the Kardashian on RTE's the Late Late Show. RTE

Caitlyn Jenner was doing the rounds in the U.K. and Ireland last week to promote her book, and one of her stops was The Late Late Show in Dublin. And sure enough, she played the Irish card.

“What most people here in Ireland don’t know about me is my mother’s maiden name is Esther Maguire,” Caitlyn told host Ryan Tubridy, before getting into all the Kardashian krapola.

“Yes I have Irish ancestry … the Jenner name is actually English so between England and Ireland is all my roots.”

Caitlyn seems to have paid a flying visit to Dublin, in and out in less than a day.  She took some selfies with fans and posted a photo of herself on Instagram with a Dublin Airport Platinum Services worker named Lesley who she called her “lucky charm.”

How hard is it to move to Ireland as an American?
The perfect recipe for Irish-style cabbage
On This Day, in 1963, President John F. Kennedy began his state visit to Ireland
On This Day: President Kennedy delivers his iconic Berlin Wall speech in Germany
Baileys, Oreos, and chocolate pudding all in one tasty treat!
Pagan idol, 100 years pre-St. Patrick, discovered in Roscommon
Iconic US drink named Ireland’s biggest-selling brand for 17th time
Ireland reacts to US Supreme Court’s decision to overturn Roe v Wade