On This Day: The Loughinisland Massacre takes place in 1994

The Heights Bar in Loughinisland following the massacre

On June 18, 1994, the Loughinisland World Cup massacre took place in Co Down. Below, an Irish woman recounts learning about one man's survival that night.

In the summer of 1998, I took my new baby girl home to my lovely, tragic Northern Ireland. It was my mother’s sixtieth birthday, and between my father, my brother, and a handful of relatives who could keep a secret (an impressive trait in rural County Derry) we planned a “This is Your Life”-style surprise. It was delicious, knowing we had all swallowed the same secret, and that my all-knowing mother was completely in the dark.

Read More: Loughinisland's night of terror: No way to deal with the legacy of the past

Previously, The Troubles had tainted my visits home, but this time was going to be different – no bombs, no shootings, no petrol bombs, no more girls tarred and feathered for falling in love with a boy from the other side. I found something symbolic, magical even, in returning home with a new baby in my arms to a new optimism fueled by The Good Friday Agreement.

It had been different four years before in 1994. That trip had coincided with Ireland qualifying for the World Cup. The country was ecstatic, with factories, offices, shops, even banks, all closing early so everyone could make it home, or to the pub, in plenty of time for kick-off at the Ireland v Italy match being televised live from Giants Stadium in New Jersey.

We had thought of going out to the pub to watch the first-round match, but my father convinced us to stay home, have a few drinks, and watch the match from the comfort of the living room. So we gathered around the TV and watched as Ireland went up 1-0 against Italy at Giants Stadium. When the lads in green scored a goal, we roared with pride even as we were afraid to look, in the same way Boston Red Sox fans knew so well prior to the 2004 World Series.

The second half of the match was well underway when two men in boiler suits, their faces hidden behind balaclavas, stormed into a tiny packed pub, The Heights Bar, in the village of Loughinisland, County Down. With an AK47 and a Czech made rifle, they shot madly and indiscriminately at the sixteen men who were gathered around the bar watching Ireland beat Italy. They killed six of them. According to witnesses, the two gunmen laughed as they made their getaway. The first killed, Barney Green, was in his eighties, someone’s grandfather, and as I recall from the stories that later poured from that heartbroken village, he had put on his best suit to mark Ireland’s making it to the World Cup.

I didn’t know anyone in that pub. Not until the week when I heard from Colm Smyth. I know someone now. For years, Colm has remained silent about what happened that night, wary of giving interviews to the press, worried that talking about it might upset people, nervous about how we will react. Wrecked with a guilt about “being there” that night, about surviving the massacre, it took over seven thousand days for Colm to press “publish,” to share with the world his 5,000 word diary, his harrowing account of what happened to him and to those around him in that pub on June 18, 1994. 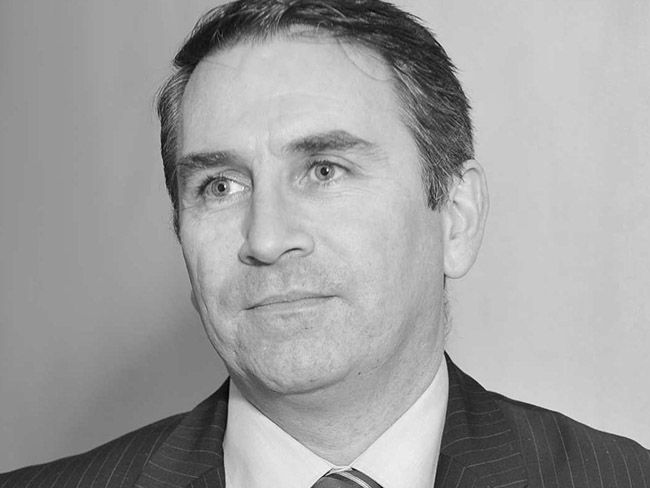 "The Loughinisland Massacre: A Survivor's Diary" now available on Amazon, is the first thing Colm has ever written. He tells me I am the only person to read it other than his wife and a friend who helped edit it. By chance, he found me on the blogosphere and he felt compelled to let me – a stranger – know that, finally, he had set those 5,000 words down on a page.

So what can I tell you about Colm Smyth? Why should you care? He was one of us in 1994, elated that Ireland had qualified for the World Cup. Colm spent most of that day convincing Mal, a friend’s father, to come to the pub that night to watch the match. The deal was that Colm would buy him a pint for Father’s Day given that Mal’s son was in England working.

With Ireland up 1 – 0 at half-time, Colm bought another round and then time stopped and the thing that only ever happens on the news is happening in The Heights Bar in Loughinisland.

Shot five times, Colm is on the floor. Mal is dead on top of him. Three, four bodies are in a heap next to him.  All dead.

"'Turn it off!' I shout. I can’t understand why the ref didn’t stop the match when the shooting started. And then I realize that he doesn’t know."

The Heights Bar in the aftermath

None of us knew. It chills me to think of Colm and those men struck down with such savagery in the very moments as that jubilant Irish squad made its way out of an American football stadium that was awash in green, buoyed by the chanting of 60,000 supporters, anticipating champagne and a night of revelry, only to be silenced and sickened by news of what had happened in a country pub back home.

Six days after he was released from the hospital, Colm already felt forgotten. Loughinisland was no longer “news.” Time hadn’t stopped after all. The World Cup was still going on with Ireland facing Mexico in a Round Two match. Ireland lost.

Life goes on, as Colm writes with “the terrorists still terrorizing and the families forever grieving.” But what kind of life is it for Colm Smyth? It’s this:

“It is my own private horror movie, repeated continually in the little cinema at the back of my brain.”

Read More: Wife of named Loughinisland massacre killer turned him in to the police

Why share this horror with us? Because we must bear witness. What else can we do? We cannot bring back those who were taken from us by senseless violence in Northern Ireland, but we must remember them.  Never forget what Elie Wiesel says of the millions who died in the Holocaust – “To forget them would be a second death. I don't think I am responsible for their first death. But I can be responsible, if I am not careful, in the second death.”

The Heights Bar in Loughinisland following the massacre

Why a DNA testing company is laying off 100 people

This gin distilled in Donegal is flavored with seaweed