A recent opinion poll suggests that any vote for Irish unity in Northern Ireland will fail by a mile, with 21% of nationalists favoring remaining in the UK. 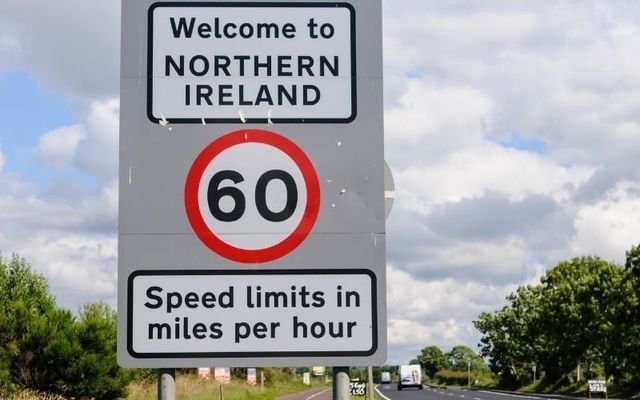 The census figures for Northern Ireland released last September show Catholics, broadly understood, at 45.7 percent, and Protestants or people brought up in the Reformation culture at 43.5 percent. Ten years earlier, the figures were 48.45 percent Protestant and 45.1 percent Catholic.

The statelet that was officially designed in 1920 to have a permanent Protestant-unionist majority has failed the test of time. During the ensuing century, nationalists of all stripes have complained that they were not even consulted about the partition of the island, and their leaders have always advocated for reunification.

The census results are significant, but they are far from the whole story. Today, one person in 15 – a growing number – living in the North was born outside of the United Kingdom and Ireland, and there is a vibrant Muslim community accounting for 0.5 percent of the population.

A recent major professional study involving polling and some in-depth interviews, led by The Irish Times in collaboration with the Royal Irish Academy and the Keough-Naughton Institute for Irish Studies at the University of Notre Dame – they use the acronym ARINS for the study – provides some interesting perspectives on the Irish unity question.

A clear majority of those interviewed living in the south favor unity and in a border poll would vote accordingly. It is important to realize that this strong showing may well wobble when those surveyed realize what they have to give up in terms of flags and anthems, and the poll measures feelings prior to clear information on the costs to the Irish exchequer. Nevertheless, it is fair to assume that a referendum in the south would very likely show that a clear majority supports unity.

The situation in the North is much more fluid, and the ARINS research suggests that the voters there would strongly reject a unity proposal – at this time. Their polling shows that 50 percent would say no, predictably coming mostly from the unionist community, but surprisingly, 21 percent who identify as Catholics would vote the same way.

Why has one Catholic in five abandoned a core historical dogma of the nationalist creed? I recall a conversation dealing with this very issue many years ago in a bar in the Bronx with a thoughtful Tyrone republican.

He explained that while all Catholics carry a strong sense of grievance because of decades of discrimination and disrespect, it did not follow that they favored a united Ireland. He pointed out that the status quo has its attractions. Many nationalists are nicely settled and enjoying a comfort level with the advantages of British citizenship.

He gave an example of the British National Health Service (NHS), until recently the envy of Europe and, even still, providing a free doctor and hospital service for all citizens. He told me about the Donegal lady who needed a hip replacement and who could not afford the operation in Dublin but, by using her sister’s address on the Falls Road, she was able to get the procedure done in Belfast at no cost.

That was 20 years ago. Today, unfortunately, under a conservative government in Westminster, the provision of excellent healthcare is not a top priority in an ailing post-Brexit economy, and over 100,000 nurses throughout the UK have given notice of a January strike for the first time in the history of the NHS.

The south is also grappling with too few hospital beds resulting in long waiting lists for treatment, including for some acute patients. Nurses there also seem to be moving towards industrial action for better wages and conditions.

However, all the political parties in the south agree that the state must provide an adequate medical and hospital service for every citizen. Major improvements have been made, especially in caring for the old and infirm. It is significant that Irish longevity is rated above average in the European Union and slightly higher than in Britain.

Not surprisingly, the ARINS report points to the type of health service on offer in a united Ireland as having a massive influence on whether the people in Northern Ireland would vote for unity in a referendum. Some 50 percent of northerners say that they are more likely to vote for unity if the south can provide medical and hospital care comparable to the U.K.

This NHS effect is rated more important than if, somehow, €4,000 were added to the annual income of individuals in the North.

Ironically, the Ulster Unionist Party vehemently opposed the introduction in Westminster of the NHS by Nye Bevan after the Second World War; today it is their biggest bulwark against a united Ireland.

Flags and anthems and tribal allegiances shouldn’t be underplayed, but as the time for a poll grows closer day-to-day issues like pensions, housing, and employment opportunities will loom larger as people weigh the pros and cons. The ARINS research makes clear that unionists right now – 78 percent – are more firmly committed to maintaining the British connection than nationalists – 54 percent – favor breaking it.

Close to 20 percent of unionists are not only opposed to unity but they say that they couldn’t accept it under any circumstance – true-blue loyalists. This raises the specter of violence and, according to the poll, this factor might well be a major influence on the way people vote in the south.

If unity seems likely to bring bombing and mayhem similar to what prevailed in the North prior to the Belfast Agreement in 1998, that prospect would be a major negative influence on southern voters.

Hopes for a successful unity referendum are not encouraging for nationalists right now, but there is a large bloc of undecideds, around 20 percent, who will make their minds up closer to the voting date.

Months before the Scottish independence vote in 2014, polls showed that support for this major change for the Highlands registered in the high twenties. After the arguments were heard, 45 percent of Scots voted to leave the United Kingdom.

The campaigns waged after the voting date is announced by the British secretary of state will play a big part in the outcome. None of the southern political parties, except Sinn Féin, is pushing for a proximate referendum date. In broad terms, Fianna Fáil and Fine Gael seem to be thinking of at least a 10-year timeframe while Sinn Féin rhetoric suggests a preference for a first constitutional showdown in half that time.

The ARINS report claims that a majority of both communities in the North as well as among southern voters favor a border poll in the near future. The same report indicates clearly that without a working national health service in the south, the referendum in the North will fail by a mile.

Clearly, this crucial and complex issue has to be sorted out first in Dublin, and – with the best of intentions – that will take many years.

*This letter first appeared in the January 18 edition of the weekly Irish Voice newspaper, sister publication to IrishCentral.