Michelle Wu and Annissa Essaibi George will face off for the mayorship of Boston, ending nearly a century of Irish American and Italian American mayors. 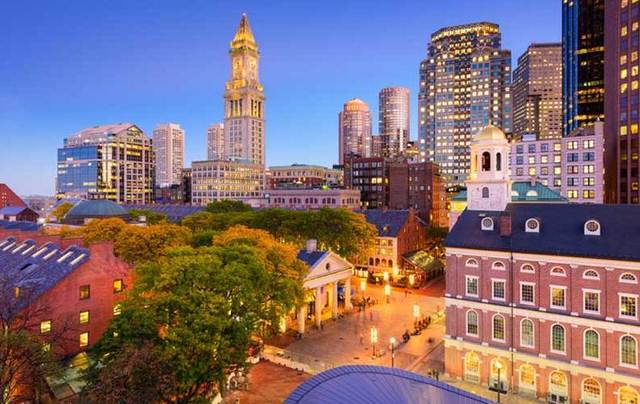 Other than the grand slam the Yankees’ Giancarlo Stanton launched into the stratosphere that probably still has not yet landed, the big news in Boston over the weekend was the race for mayor.

“Boston voters went to the polls (last week) to choose their mayoral finalists, and when the full unofficial results were released…the two candidates left standing were Michelle Wu, 36, and Annissa Essaibi George, 47,” The Week magazine noted.

“Wu, an Asian American progressive city councilor who moved to Boston to attend Harvard, came in first in the crowded field with 33 percent of the vote, and Essaibi George, a moderate Democrat and Boston native with immigrant parents of Tunisian and Polish ancestry, got 22.5 percent.”

Then came the historic news.

“Whichever of the two candidates voters choose on November 2 will end Boston's 91-year streak of electing only Irish American and Italian American men.”

A lot of the coverage of the Boston mayoral race has gone like this. So much so that it’s a little hard to say where the joy of progress for the Asian American and the Tunisian Pole ends, and the glee that Boston will finally be done with all those Irish and Italians begins.

As if all those Walshes and Curleys and Fitzgeralds came over back in the buckled-hat days of the 1600s, or have been lording over Beantown roughly since Martin Luther hammered his 95 theses on the church door in Wittenberg.

It’s worth reminding folks that right around the time Boston began electing all those Irish mayors, a product of one of those truly old, powerful, and multi-generationally wealthy New England families had this to say.

"Poor Boston has fairly run up against it,” Henry Adams commented, “in the form of its particular Irish maggot, rather lower than the Jew, but more or less the same in appetite for cheese."

Nice, right? So, maybe it’s worth reminding ourselves that all those mayors but a generation or so removed from immigrant poverty were an indication that progress was actually being made. Just as the candidacies of Wu and George are now.

The same is true of the Supreme Court these days. Whether you are a Republican or Democrat, we should be able to appreciate the fact that the highest court in the land is no longer a bastion of WASP males. Not that you’d get much of that from Linda Greenhouse, longtime Supreme Court correspondent at The New York Times.

“The Supreme Court has come in for plenty of well-deserved criticism for last week’s midnight maneuver allowing Texas to enforce its new abortion law,” Greenhouse wrote earlier this month. “The fact that the four of the court’s six Roman Catholic justices and a fifth who was raised Catholic but is now Episcopalian, all conservative, allowed a blatantly unconstitutional law to remain in place pending appeal has barely been noted publicly.”

Maybe because you sound a little like our old friend Henry Adams when you lament the machinations of the Vatican’s powerful minions.

What’s next? Suspicions that Pope Francis has built a secret tunnel from Rome to the Supreme Court building in Washington D.C.?

We live in a day and age when there is still so much progress to be made. But those lofty aims are diminished when we make it seem as if every past stage of progress was no big deal, and that once you advance as a result of social change, you automatically become part of the problem.

By that logic, if we just wait a few decades, news reports will note with gloom that certain cities have been run for a long time by, say, Asian Americans, or Tunisians. Or other reports will object to the inordinate number of Muslims or Jews of the Supreme Court.

And it will be worth asking if this is what progress really looks like. And if so, if it is really worth all of the fuss and bother.