The 15 best Irish pubs in Boston

Find your perfect pint at these consistent favorites—from classics like J.J. Foley's, to cozy spots like the Druid, to plenty of charming dives.

In partnership with:
Boston magazine 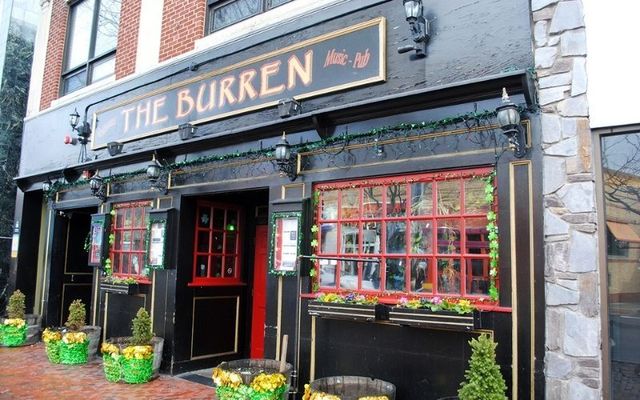 The Burren in Davis Square, Somerville Greta Jochem/ Courtesy of The Boston Magazine

Now that we can go out and about again, try these spots as recommended by our friends at Boston magazine!

by Jacaqueline and Scott Kearnan

IrishCentral readers exclusive deal: Get 90% off a 2-Year subscription to Boston magazine when you use promotional code IRISH at checkout.

A lively sports bar on Dot Ave, the Banshee is the official home to several local chapters of international soccer supporters’ clubs. It’s also the most reliable place in town to catch Gaelic sports like rugby and hurling.

If you are seeking an Irish pub near Faneuil Hall, stick to this spot that’s been properly pouring pints for more than 40 years. You’ll find a legendary tradition of live Irish music here, and the menu combines New England classics with Irish treats to serve a true taste of Boston. 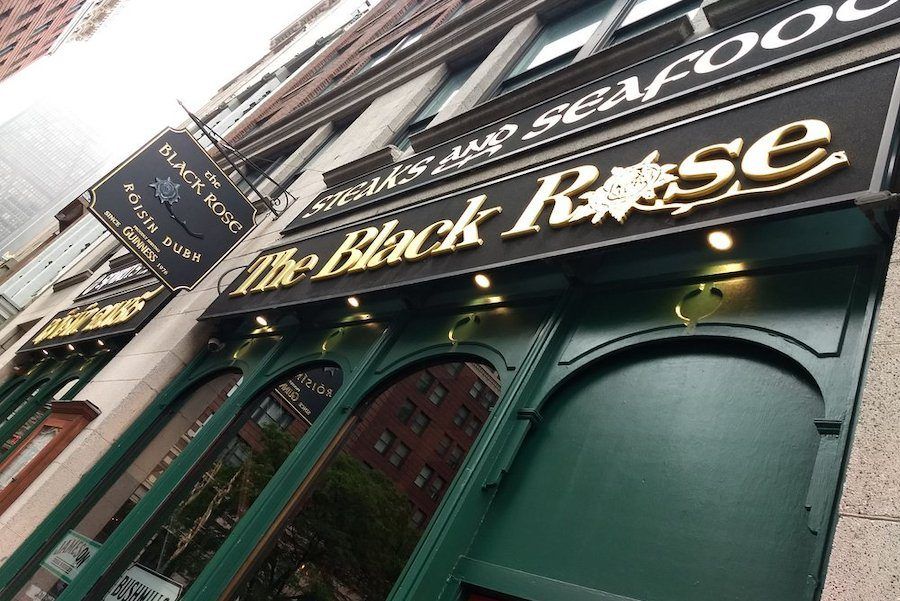 The Black Rose/ Andy B. via Yelp

Portraits of Irish authors (including the namesake himself) adorn this watering hole, along with political and punk memorabilia fit for a Jamaica Plain local. The Behan has an extensive craft beer list and hosts regular food pop-ups—Rafa the Burrito Guy, for instance, appears on Wednesdays and Saturdays—for noshing on front and rear patios. Inside, the cash-only bar is dim, welcoming, and entirely unpretentious.

Irish musicians Tommy McCarthy and Louise Costello founded the Burren 25 years ago, and it’s been a bastion for traditional tunes ever since. You can currently catch nightly music sessions (as well as the occasional comedy set) in the Back Room and on the spacious rear patio.

There’s a sense of familiarity that fills this pair of neighborhood pubs in Brighton and West Roxbury, where the roaring fireplace is especially welcoming during colder months. The prime rib every weekend is quintessential, old-school comfort food, but any day of the week there’s a full menu of pub grub that’s also friendly on the wallet.

Come for the fish and chips, stay for everything else. Whether it’s Irish music sessions on weekends, the small-but-mighty draft list, the amicable Irish bar staff, or the fascinating floating banshees above the bar, the Druid is the ultimate place to while away an afternoon or evening and feel truly transported. 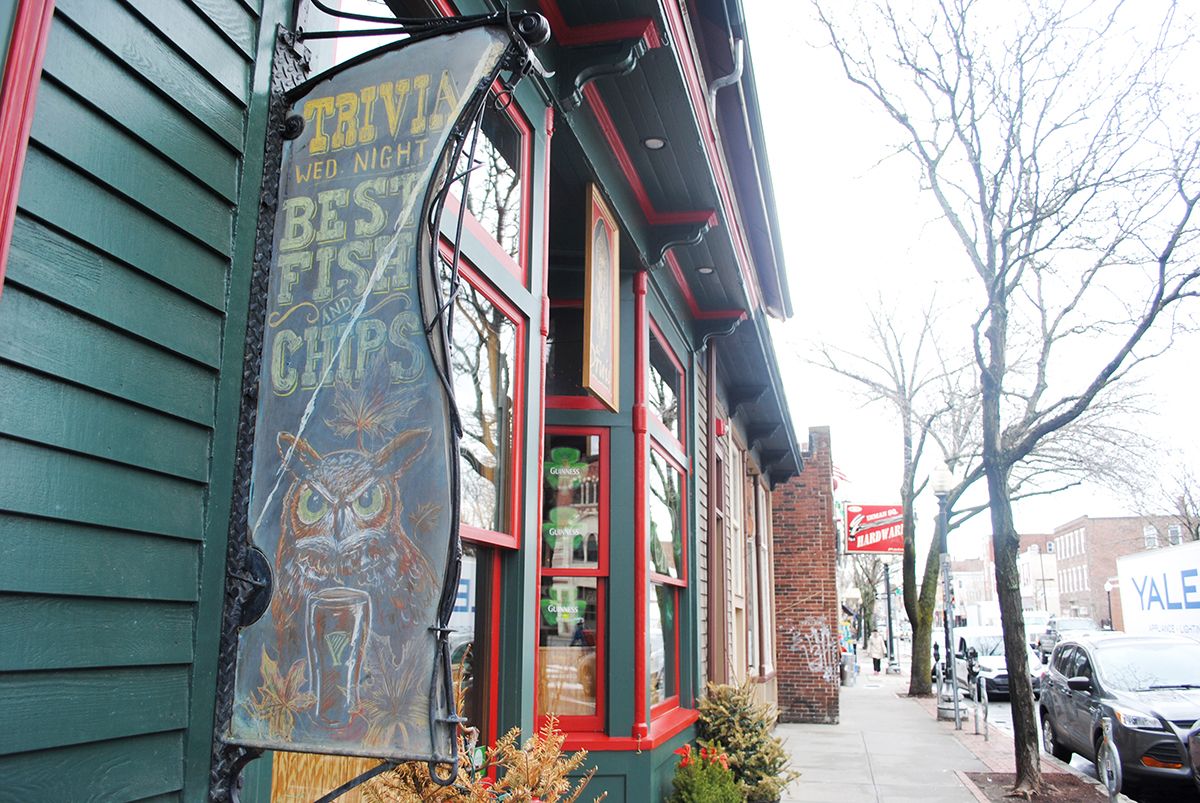 This pub is the kind of place where Beacon Hill lawyers like to debrief over pints after billable hours are over. But you don’t need to be among the hungry after-work hordes to appreciate the traditional trappings and hearty, standout pub fare, including shepherd’s pie, bangers and mash, and a signature Guinness beef stew. The pints certainly runneth over here, but Emmets also takes a ton of pride in its Irish coffee, which spikes dark roast java with Tullamore Dew Irish whisky, raw sugar, and fresh cream.

This welcoming bar frequently switches up its draft lines with solid craft beer selections from Notch, Allagash, and more—including an excellent pull of Guinness. The only food options are toasties. For your entertainment, there’s a fun jukebox, darts, and ex-patriate Irish regulars who are as congenial as the small bar they sit around.

Another landmark Boston bar, J.J. Foley’s has been pouring pints in the South End for more than 100 years. It claims the title of the oldest family-run Irish pub in town. But the often-packed establishment doesn’t rest on its laurels, continuing to serve better-than-it-needs-to-be fare and rotating specials, like chicken piccata, bangers and mash with a fried egg, and spicy stuffed quahogs.(There’s a younger branch of the family tree downtown, but don’t ever get them confused.)

This corner bar has the dark woodwork, stained glass details, and (often crowded) community atmosphere you’d expect from a classic Boston Irish pub, which is likely why the producers of Good Will Hunting chose to film some of the Oscar-winning movie there. 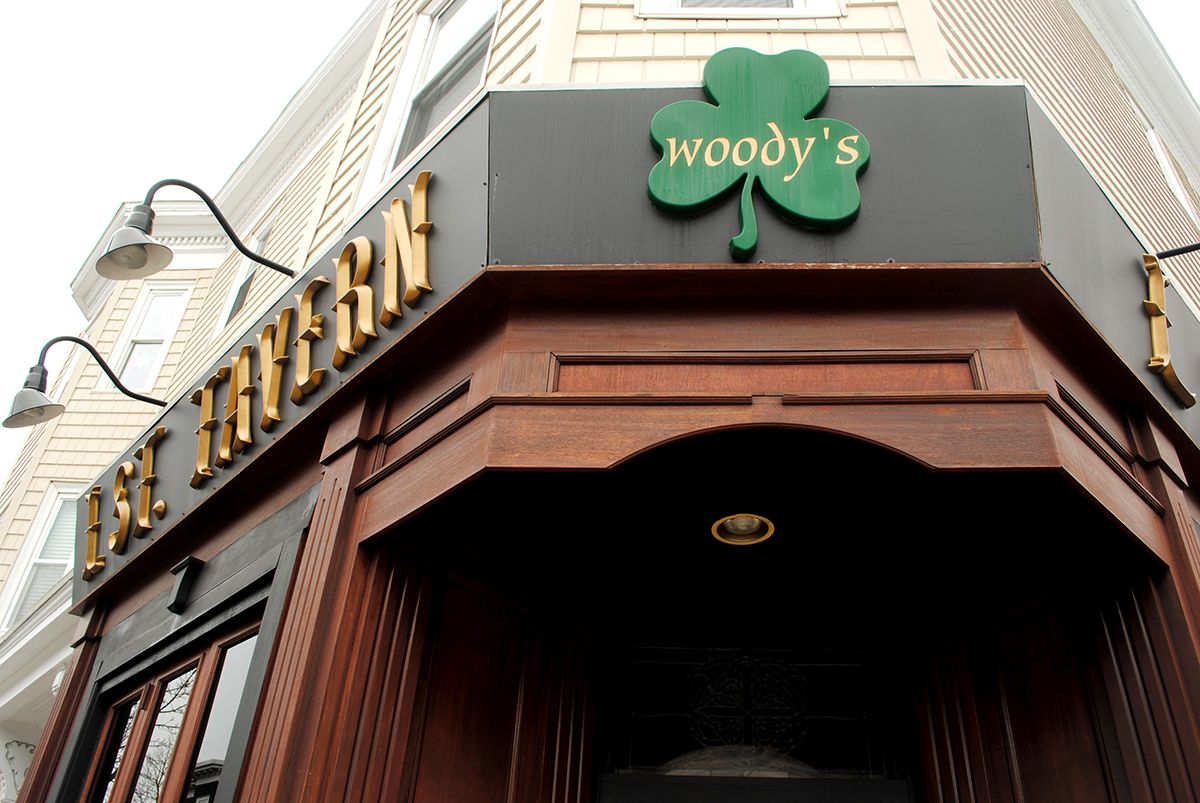 In a crowded field of Irish-themed bars in downtown Boston, Mr. Dooley’s stands tall. Opened in 1991, it’s the first establishment by the late John Somers, who owned the Green Dragon, Paddy O’s, a South Shore Dooley’s outpost, and others. He was also a musician, so it’s natural that Dooley’s is a favorite site for fiddlers and whistlers to pop in for a session.

Admittedly more dive-y than cozy, Murphy’s Law is still a great place for a pint of Guinness or Smithwick’s. It doesn’t offer the Irish comfort food or the live music you can find at other establishments, but the staff is friendly, the game is on, and the prices are more than agreeable. 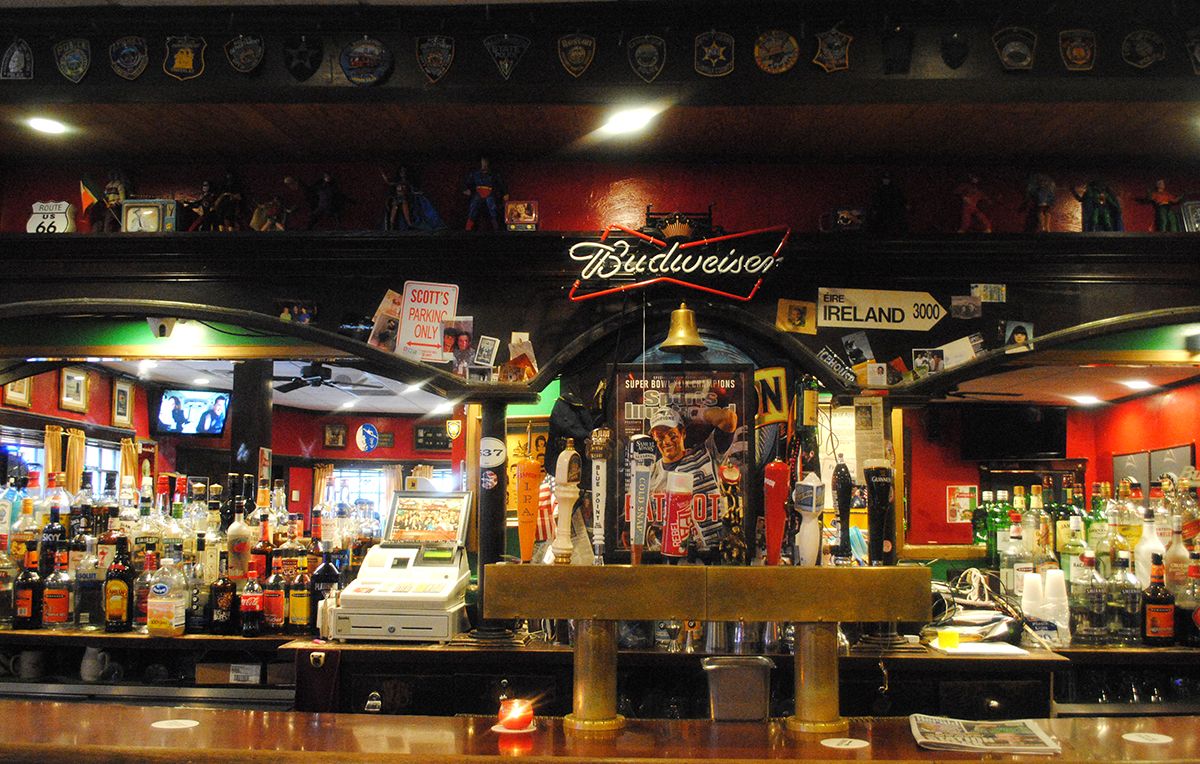 The bar at Murphy’s Law in South Boston. / Photo by Greta Jochem

This Magoun Square stalwart has plenty of what you want from an Irish pub: There’s Guinness beef stew, Irish chicken curry, nitro cold brew-based Irish coffee, and a deep list of Emerald Isle-made whiskeys, too. But Old Magoun’s is also a bit more modern than many of the other spots on this list, and stands out as a great gastropub by any categorization. The strong selection of craft beers on draft pair well with oft-changing specials, from 50-cent wings offered on Mondays to fish ‘n’ chips Fridays to “BBQ tapas”—snack-sized bites of pulled pork, burnt ends, and more—offered every night (until they sell out).

Since 1969, this Cambridge corner has hosted luminaries such as Seamus Heaney, Bonnie Raitt, and Phillip Roth. One of its claims to fame is being the place where the quarterly literary journal Ploughshares was conceived. These days, on any given night, it’s a casual neighborhood bar and a place to take in live music, a hearty meal, and a pint or three.

Tavern at the End of the World

From the friendly bar in front, peek into the dining room in back, where live entertainment typically sets up nearly every night. The bartenders preside over a diverse of lineup of craft beers on draft, a couple dozen by the bottle, and liquor and wine—as well as both seating areas, so service can be unhurried. But this neighborhood pub, on the Somerville/Charlestown line, is a fine place to hole up for a while.

Don't forget the IrishCentral readers exclusive deal: Get 90% off a 2-Year subscription to Boston magazine when you use promotional code IRISH at checkout.