The long life of Irish cops

"Even cops who are not Irish are still, in many ways, Irish cops." 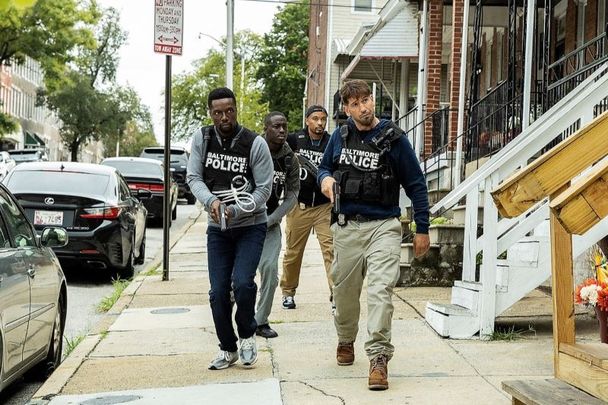 “In the two decades since, its reputation has only grown, as has its audience,” James Poniewozik wrote in The New York Times last week.

Some of the folks who brought us "The Wire" have a new show on HBO about the fine line between Baltimore’s cops and criminals. It’s called "We Own This City."

"The Wire" had Jimmy McNulty. The new show has an Irish cop named Kilpatrick, the guy to see when you need some help.

“That f***in Mick has his hand in everything,” says one cop.

To which another responds, “The Irish are everywhere.”

In fact, even cops who are not Irish are still, in many ways, Irish cops.

Covid and mass shootings, inflation, and more mass shootings, have put the long-simmering debate about police misconduct on the back burner. But it’s still boiling back there.

Consider recent increases in crime, and how – or even if – police should be part of the response.

Some think thuggish, red-faced cops are part of the problem, and have been for 100 years. Yet even liberals are getting fed up with crime.

But even as Fox Newsies howl for more, you can hear defund the police types groaning.

But are they willing to consider that this is as much an immigrant and class problem as a policing problem?

Which makes it easy to miss the importance of Teddy’s brawls with the NYPD – and Irish immigrants – when he was police commissioner.

The documentary makes much of the passionate but diminutive Roosevelt standing up to what one talking head calls “massive Irish cops.” These corrupt, abusive, creeps are contrasted with the crusading Roosevelt.

TR, it is not mentioned, always had mixed feelings about immigrants in general and the Irish in particular.

Like many elites, this disdain for this certain class of people who were linked to street gangs and slum morals, not to mention an authoritarian Catholic “culture,” influenced Roosevelt’s fight with cops.

Well, poor Irish cops were certainly empowered. And their bleeding heart critics did not like the results.

Which only means they are neither saints nor sinners, just human.

But the same goes for all manner of people who now belong to so-called disadvantaged groups, and who are becoming police officers.

Suddenly, they don’t seem quite so disadvantaged. That’s what is so interesting about "We Own This City." The cops are corrupt and abusive.

But while they are from many walks of life, one thing they are not is rich. Because rich kids, like Teddy Roosevelt, do not become street cops. Immigrants and working-class kids do. Temptations arise, and sadly, many do not resist.

Will things finally get better when more police departments diversify?

Consider a recent article in The New Yorker. A new law enforcement big-wig in L.A. not only “earned a doctorate in public administration,” he wrote “a dissertation that addressed underrepresentation of Latinos in the upper ranks.”

And yet, though “majority Latino,” the L.A. County Sheriff's Department has been accused of a wide range of misconduct.

To one critic, “They perpetuated ‘the code of silence, the culture of the ghetto gunslinger…What makes East L.A. so unique is it’s embedded within the Hispanic machismo culture and the Hispanic street gangs.’”

Which is clearly a serious problem. But it is not new or unique.