IrishCentral Contributor John Sexton on the art of enjoying a proper pint both in Ireland and abroad. 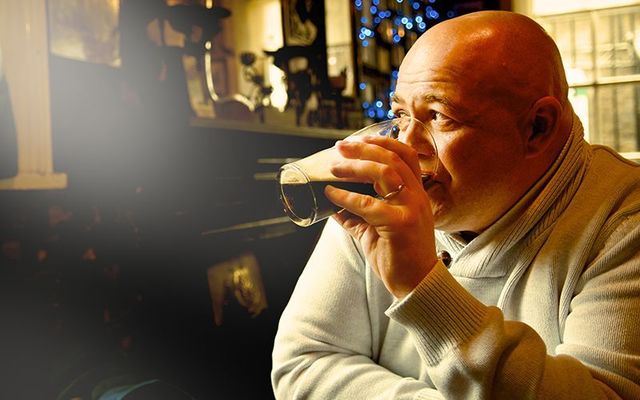 With the summer holidays fast approaching, many people will be preparing for their trip to the Emerald Isle.

This summer should see Irish businesses in full swing and back to pre-Covid times. In other words, the pubs will be doing a roaring trade. Music will be bursting through the doors and drifting out into the streets, beckoning you to partake of the revelry. You know you will be tempted!

In you will go and your senses will immediately guide you to the bar where a creamy black pint awaits. You'll excitedly order a Guinness once you have caught the bar person's eye. This is where the dedication comes into play. You have to be careful not to get carried away and immediately tear into the dark nectar. You are now in charge of the "settling process." This is the stage where the magic happens. Only when the Guinness goes from churning to black as night should you attempt to reward your taste buds.

Patience and restraint are of the utmost importance, but the reward is within your grasp. Under no circumstance should you attempt to short-circuit the time-honored tradition. All too often, the uninitiated will begin imbibing immediately after being served. If you notice others watching your premature gulping, it is a sure sign that you have made a false start off the line. If you want to blend in with the resident professionals, take your time and let the Guinness guide you when the time is right.

Have no fear of the quality in your glass. Getting a bad pint (with the possible exception of the odd nightclub) is as rare a phenomenon in any of the four provinces of Ireland as finding hen's teeth.

However, drinking a proper pint of Guinness outside of Ireland may have its challenges. I have lost track of the number of times I have walked into an "Irish Pub" in other countries with friends and just because it had an Irish name, they immediately ordered a Guinness. A quick look around showed very few drinking Guinness, which is not a good sign. The best Guinness will always be found in an establishment where there is a fast turnaround in barrels and the "lines" are regularly serviced.

Once I was on a business trip to South Korea and had a local man assisting me with getting around Seoul. After a couple of days, he excitedly informed me that he was taking me to drink Guinness in the only Irish Pub in Seoul. I readily agreed. Upon entering the place, I noticed that all of the staff and customers were Korean. I found this to be a little strange for a city of more than nine million since Irish Pubs are generally known as a Mecca for international clientele and more often than not, have a bartender or two from Ireland.

Undeterred, I ordered us two pints of Guinness. Seated at the bar, I carefully watched the barman's pour. As he walked towards us with the pints, I could see that the heads of the pints were yellow and not a rich creamy hue. Worse still was the fact that the heads of both pints were full of bubbles. The last thing I wanted to do was to drink that pint, but my host was clearly proud to bring an Irish man there for a Guinness and I had no intention of disappointing him. I managed to get it down, but immediately informed my host that I would prefer to experience a local lager.

An even stranger occurrence happened one night in Serbia. However, that is a story for another time!