Bloomberg is stepping into the breach at the worst time possible as regards ant-Semitic sentiment. 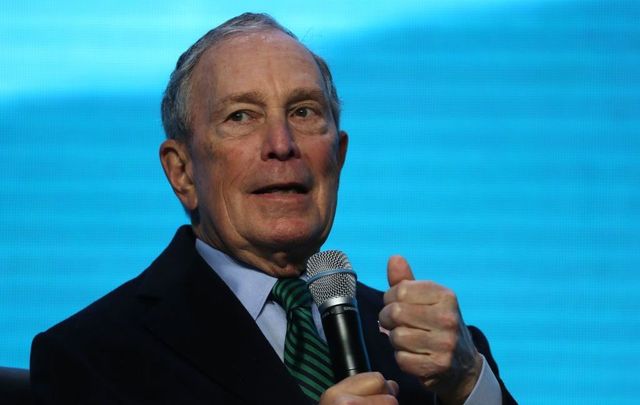 Privately, some political observers firmly believe that Michael Bloomberg's biggest drawback in his race for the White House is that he is Jewish.

They mutter darkly that the anti-Jewish sentiment is just below the surface, especially in states with large working-class white populations and Bloomberg, a quintessential New York Jewish stereotype, is about to run smack into it.

Strangely the same level of fear on this issue was not heard about Bernie Sanders who is also Jewish. Bloomberg’s mayoralty of New York and his personal fortune and Wall Street success especially plays into a New York Jewish stereotype more obviously than Sanders’ comparatively low profile career.

In one sense I can see the commentators are correct that Bloomberg’s identity as a New York Jew will become an issue.  Expect lots of hate sites and protocols of Zion re-runs as white supremacists turn their fire on him.

That’s because under Donald Trump there has never been a better time to be anti-Semitic, especially after he failed to condemn the racist mob in Charlottesville in 2017 that chanted anti-Semitic tropes such as “Jews will not replace us.”  Trump’s blind eye has validated anti-Semitic, anti-black white supremacist rhetoric like at no time since the 1950s.

There are almost daily reminders. You only have to look at last week’s deadly shootout in New Jersey perpetrated by anti-Jewish fanatics and the increased number of attacks on Jews in the era of Trump to understand just how dangerous these times are.

There were over 1,800 anti-Semitic attacks last year, including the horrific mass shooting at a Pittsburgh synagogue.  So Bloomberg is stepping into the breach at the worst time possible as regards ant-Semitic sentiment. It has not yet become an issue because he is low in the polls, but you can expect the smears to start if he begins to rise.

Bloomberg is not the first Jewish contender for a place on the Democratic ticket. Senator Joe Lieberman ran as Al Gore’s running mate in 2000 but he was not the top of the ticket, and times and race relations were a lot better.

There are obvious connections to JFK’s run for the presidency in 1960 and the fierce anti-Catholic sentiment in parts of the country.

Even such a respected figure as Billy Graham took part, indeed led a secret campaign to stop Kennedy. His co-convenor was fellow leading pastor Norman Vincent Peale whose wife, Ruth Stafford Peale, wrote to a friend in Connecticut on August 19, 1960, "Norman had a conference yesterday at Montreux, Switzerland, with Billy Graham and about 25 church leaders from the United States. They were unanimous in feeling that the Protestants in America must be aroused in some way, or the solid block Catholic voting, plus money, will take this election."

Kennedy defused the issue by a brilliant speech making clear he understood the red line between church and state, and Graham apologized.

There is no such obvious step for Bloomberg.  I do think he has a shot, especially if Elizabeth Warren or Sanders emerges from the early primaries as the winner. He is then able to position himself as the only remaining candidate who can defeat the loony left and the loony right which currently occupies the White House.

He is the closest thing to the disruptive presence that won Trump the GOP nomination and the presidency on the Democratic side. Bloomberg against Trump would be a match for the ages, but watch Trump drum up the old shibboleths and anti-Jewish rhetoric if it is. He will stop at nothing, so America beware.