Is this the most offensive Irish t-shirt ever created?

Bigotry works both ways, as this odious anti-Irish and anti-black t-shirt reminds us. 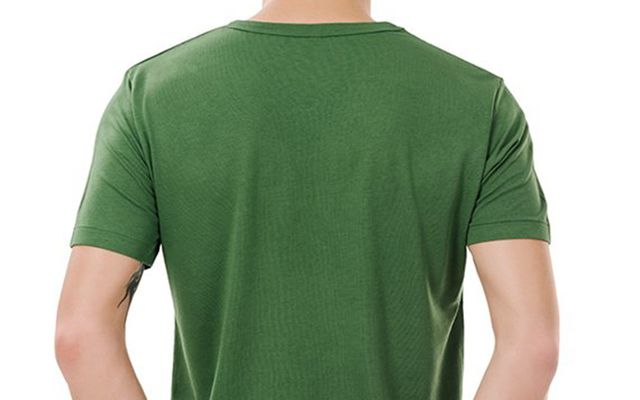 Thumbs down to this awful "Irish" t-shirt" iStock

If you sat down and thought about the most offensive Irish themed t-shirt you could create, you couldn't do much better than the one now being offered for sale by Amazon and others.

Featuring white type on a green background, it reads: Irish Livers Matter. Some versions are actually printed with shamrocks over the Irish national flag.

In the Irish parlance, it's an embarrassing example of "tuppence looking down on ha'penny." It says that whilst we may not have much, we have fewer problems than you lot. All we have to worry about is a bad hangover; having our kids shot dead at another traffic stop is not our concern. Heh heh.

Sometimes racial violence is surprisingly subtle. Sometimes it doesn't need to wear a white sheet over its head or speak in well-known codes. Sometimes just cruelly mocking the pain of others is quite enough to draw racial lines and defend them.

I first saw this t-shirt that belittles and mocks the pain of others in my local neighborhood of Queens on Sunday. You read that right, Queens. The most racially diverse plot of land on the planet.

It was being worn by a middle-aged white woman who was accompanied by a middle-aged man. The man looked the worse for wear after what was obviously a drinks session. It was about two o'clock in the afternoon.

Can I take a photo of you two, I asked them brightly? Knowing that I probably asked because of the message on her t-shirt the woman refused.

Do you think that your t-shirt could offend people, I asked them? The woman said she didn't care who it offended. But she used rather more colorful language to convey her point.

Showing compassion for the historical sensitivities of her fellow Americans was clearly not her thing, or else why would she be mocking them like that?

“White silence is violence,” a recent poster read at a Black Lives Matter protest. So what do you call loud white mockery?

The truth is that by saying Black Lives Matter no one is saying that other lives don't. It's simply drawing attention to a historically unequal playing field, one where systemic racism keeps some oppressed and others benefiting from their continued oppression.

So Black Lives Matter actually extends the foundational promise of America, where all are equal under the law and liberty and justice is for all. Wearing an Irish Livers Matter t-shirt is un-American, then. It says I don't care what happens to you as long as I’ve got mine. It says stop whining whilst I oppress you. It’s grotesque.

When the Englishman Edmund Spenser wanted to steal land and wealth from the Irish in the sixteenth century he claimed his right to do so based on their supposedly inferior character: “They steal, they are cruel and bloody, full of revenge, and delighting in deadly execution, licentious, swearers and blasphemers, common ravishers of women, and murderers of children.”

Read more: This might be the most offensive St. Patrick's Dat t-shirt yet

Given all that, he wanted people to believe that by taking their land at sword point he was actually doing them all a huge favor. In return they did him the favor of burning him out of his castle in Cork. Irish lives matter too, their gesture informed him.

So the Irish know, or should know, how cultural and racial theft works: you are told you don't matter as your pockets are picked. And just in case you missed how this racial hostility works there is another version of the t-shirt that reads: Drunk Lives Matter. It’s framed with shamrocks or the Irish flag if you already missed the point about how bigotry works both ways.

Any self-aware Irish person should be ashamed to wear this hateful, goading t-shirt, and you shouldn't be afraid to give someone a piece of your mind when you spot one. We're better than this. Remind people.